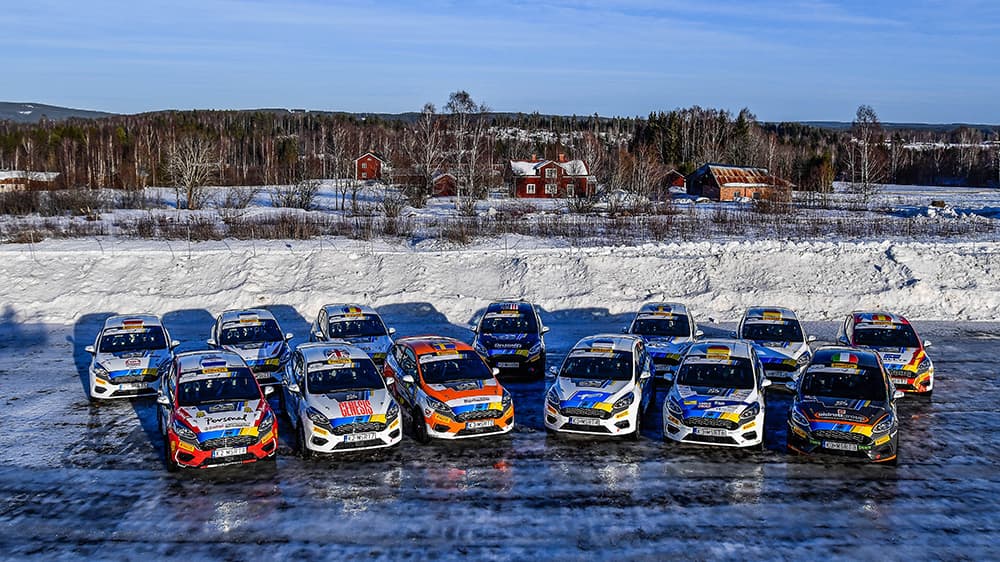 But, on the positive side, both French drivers share another piece of history: they both won the Junior World Rally Championship title on their way to the top. And, in total, more than half of the current factory drivers in the top-tier WRC got where they are today by first blazing a path via the Junior WRC, which is open to drivers aged under 30.

It’s an opportunity to gain valuable experience of the big time, particularly as they race on the same special stages as their senior WRC counterparts – so they face the same challenges, too. If you want to keep an eye on who might succeed Ogier, Thierry Neuville and Ott Tänak in years to come, watch the junior championship carefully, which is backed once more by Pirelli.

Junior WRC: challenging tracks
There are only five events in the 2019 Junior WRC, yet the variety of conditions and road surfaces that the crews will face is immense.

That means snow and ice in Sweden, which, despite the conditions, is one of the fastest rallies on the calendar. A clean layer of ice allows the 360 studs on the Pirelli Sottozero Ice tyres to bite and make the driver feel like they’re on asphalt.

After that, drivers will be headed for the real black stuff in Corsica, for which they’ll definitely need all the grip they can get. It’s informally known as the ‘Rally of 10,000 Corners’ due to the never-ending snake of turns that slither their way through the north and south of the island (although someone once counted all the corners and reported that it’s more like 20,000).

A short hop to Sardinia – and a baking hot Mediterranean summer – brings gravel into the mix, although this is a very different prospect to the following gravel event in Finland. Those who didn’t enjoy Corsica’s 10,000 corners will love Finland’s 1,000 Lakes, with drivers keeping their feet planted to the throttle for long periods as they blast over blind crests and jumps down tree-lined forest roads.

The Junior WRC wraps up with a double-points extravaganza in the Wales Rally GB. If the weather turns typically British, expect a hard-fought slog through mud and fog, where simply finishing will be a challenge in itself.

If the weather turns typically British, expect a hard-fought slog through mud and fog, where simply finishing will be a challenge in itself

The contenders of the Junior World Rally Championship
A total of 12 drivers are in Sweden for this weekend’s championship opener. Some are returning faces, some are new. Some are already champions elsewhere and many have converged on Junior WRC to make that next step on the global stage.

Last year’s championship runner-up Dennis Radström hopes to go one better this year, but he’s got plenty of company hoping to derail his title challenge. Ken Torn, Julius Tannert, Tom Williams, Raul Baidu and Enrico Oldrati are all back for another year. But the newcomers for 2019 are just as talented and hungry.

There’s one name that will ring a bell for those who’ve followed Junior WRC before; Jan Solans. His elder brother Nil Solans was Junior WRC champion in 2017, his debut season, and has benefitted from Pirelli support since. Two years later, Jan is hoping to pull off the same trick.

Life-changing prize
There’s more at stake in the Junior WRC than accolades for winning events and a shiny championship trophy at the end. This year’s champion will receive a career-changing prize: a Ford Fiesta R5 with 200 Pirelli tyres ready for 2020. This will be their car, handed over by M-Sport for the winner to keep. Unlike the diminutive R2, with its two-wheel drive and 988cc turbo engine, the R5 packs a 1.6-litre turbocharged motor that drives all four wheels, providing a ticket to WRC2, the next rung on the rally ladder. One that takes them only a single step away from the big time of the WRC…

This year’s champion will receive a career-changing prize: a Ford Fiesta R5 with 200 Pirelli tyres ready for 2020