WRC discovers ecofuel, between a necessity and a calling

The year 2022 marks the green cornerstone of the world rally championship, once again first in experimenting and leading the way for the car world 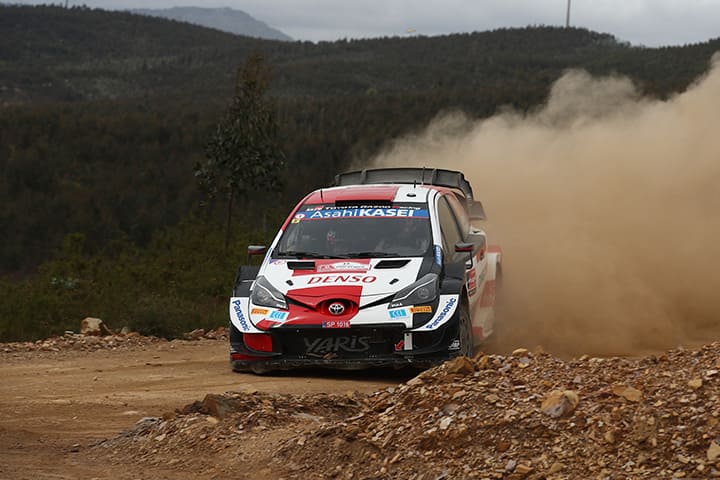 Challenges and innovation. What is Motorsport if not these two things? And  Motorsport, even in these times of paradigm changes, of break and revolutions for the car as a whole (, does not waver the role it has always played: i.e. to act as a pioneer in the world to come. In this context, the global rally movement has not only never backed out, but it has recently reclaimed that leadership position it has always held, from the onset, 60 years ago or so.

So, after taking huge leaps forward in recent years on the safety and stability front – for instance, to name a recent accomplishment, Citroën’s suspensions with progressive hydraulic dampers, which have become almost a standard, or if we go further back in time, the Pirelli PZero, designed to increase grip and safety in this type of race – rally is embracing a new crusade: sustainable mobility.

The year of the cornerstone, on the road to the green revolution of rally racing, is 2022. Since the first rally of the season, the WRC will be experimenting with hybrid propulsion for the first time in its history and this could already be enough to be confirmed as an open-air workshop. Seeing the effect of the hybrid on a mountain dirt road and perhaps learning something to translate to the road is already a laudable undertaking, since it is not free of charge and quite a wild card in itself.

But the top rally category is not satisfied and has decided to raise the bar, choosing a petrol that is free of fossil hydrocarbons as its fuel, made with a mixture of synthetic elements and biofuels. A small record for the movement, because no other world championship category regulated by the FIA has ever used anything like it, especially for high performance engines. So Ford, Hyundai and Toyota, the teams competing for the title, are set to pave the way, with the tyre supplier right behind, and sometimes even ahead, with congruent solutions should these be necessary (for the time being they are not, as these tyres are good, and also suitable for the new powers, but who knows).

This does not mean zero emissions, but a lowering of CO2 certainly, combined with what matters most, that is, the message: that it can be done. The new fuel is made by P1 fuels, a company based in Berlin whose mission is to make high performance fuels for Motorsport. One that conceals an ambition (albeit not in a very effective manner): to use races as a development platform for renewable and zero-emission fuels for ordinary mobility, in parallel or as an alternative to electric drive trains. Because the fact that cars need to be green is now obvious. How they can achieve this is still an open question, in search of answers and full of pitfalls.

And the solution – why not? – could come from the rally race tracks and standard production-derived models. Like other occasions, after all.

Moving quickly, with a low environmental...