From Phillip Island to the desert sands and on to the American stage, with stops at some of the world’s most beautiful circuits and locations along the way, Pirelli is, without doubt, one of the stars of two-wheel motorsports, participating in World Superbike, Motocross, Endurance, the AMA Supercross Championship, and British Superbike, not to mention a great many other national championships 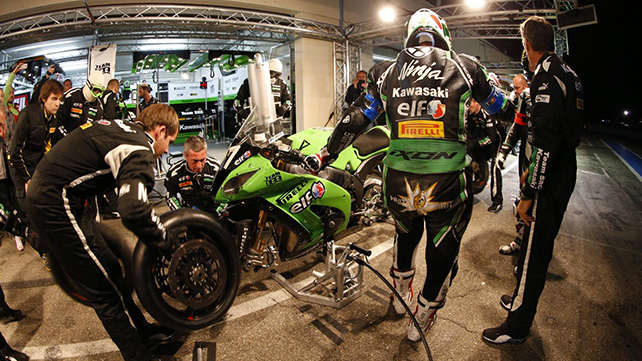 Does racing on a small island south of Melbourne, Australia, on the east coast of the United States, and in the sands of Doha, Qatar, all at the same time sound impossible? Well, it’s not. That is exactly what Pirelli’s motorsports team will be doing on the weekend of 27 and 28 February, starring in races on Phillip Island, Australia, for the first race of the Motul FIM Superbike World Championship, at the Georgia Dome in Atlanta for the eighth stop of the Monster Energy AMA Supercross (another FIM World Championship), and at Losail, not far from the capital of Qatar, for the opening race of the FIM Motocross World Championship.
How is that possible? Simple, really. For years, and again in 2016, Pirelli has been engaged in various disciplines in national and international motorcycle racing, both on the track and off road, proof of the genetic makeup that has always been a prominent feature of this Italian brand of tyres.

The 2016 season for Pirelli kicked off on 9 January at Angel Stadium of Anaheim (USA) with the first stop on the Monster Energy AMA Supercross, a FIM World Championship and America’s most-popular championship on two wheels, able to fill entire stadiums every weekend with fans anxious to see their favourites battling it out in displays of acrobatic skill.
As mentioned, the Motul FIM Superbike World Championship and the FIM Motocross World Championship begin their seasons on the weekend of 27-28 February on Phillip Island and in Losail, respectively, where Pirelli’s range of racing tyres, both for the track and for off road, will be on hand taking part in the action.

The Motul FIM Superbike World Championship is certainly the best example of how racing, for Pirelli, serves as a privileged platform for research and development. Just think. Pirelli has been the Official Sole Tyre Supplier for all classes of the Motul FIM Superbike World Championship since 2004 and will continue in this role until 2018. It doesn’t take a math genius to figure out that this means Pirelli has been the sole supplier for twelve straight seasons and that it will 15 once the 2018 season is complete. That’s an all-time record in motorsports and makes Pirelli the longest standing and, consequently, most successful exclusive supplier in the history of international motorsports.
Unlike other championships that use prototype tyres, right from the start Pirelli’s philosophy has been to design race tyres, with the help of professional racers, that could then be used by motorcyclists of all sorts. Hence the now famous slogan “We sell what we race, we race what we sell” and the creation of the DIABLO™ line, featuring historic tyres such as the DIABLO™ Superbike used in World SBK and the DIABLO™ Supercorsa SC, used in the Supersport, Superstock 100, Superstock 600 and European Junior Cup classes, tyres which have been undisputed market leaders for years.

From the tarmac to the dirt, Pirelli’s dedication and method of operation doesn’t change. For the Youthstream FIM Motocross World Championship, Pirelli is one of the Official Tyre Suppliers, boasting a record of 62 world titles, here, too, achieved with production tyres available to the general public from the SCORPION™ MX line, including the highly successful SCORPION™ MX32™, which, over the years, has managed to trounce the competition and is, along side the version for road use, one of the most loved tyres by off-roaders.

And what can we say about the FIM Endurance World Championship, which kicks off in France on 10 April at the legendary Le Mans circuit for the 24 Hours of Le Mans Moto? Four Pirelli wins in the last five years!
Endurance, as the name suggests, is as extreme as it is fascinating—a race that takes riders and their teams to the breaking point in both focus and stress. Then there will be the Portimão 12 Hours in Portugal, followed by the highly popular Suzuka 8 Hours, Japan, on 29 July. The championship comes to a close with the fourth race at the end of August for the Oscherleben 8 Hours in Germany.

Pirelli is also involved in a great many local events, both as exclusive supplier and in open competition. First and foremost, there's the British Superbike Championship, where Pirelli has been the sole supplier in all classes, including the Ducati 848 TriOptions Cup, since 2008. Racing for the British championship begins with the first round at Donington Park from 4-6 April.
In addition, Pirelli is a returning feature of the German IDM Championship, France Superbike (FSBK), the Italian Speed Championship (Campionato Italiano Velocità, or CIV), in the Superbike Series Brazil, in the South Africa Stock 1000 Cup, in Malaysia and the Philippines with the Superbike Series, and in the Netherlands R125 Cup, as well as championships in Belgium, the Czech Republic, Poland, Austria, Finland, the Netherlands, Spain, Bulgaria, Romania, Serbia, and New Zealand. Pirelli is also on hand for the Alpe Adria Championship and the East European Championship.

It’s been a long winter, but the engines are already getting warm. Are you ready to go round the world with Pirelli to see some of the most beautiful spots for racing?

Read more
Related Stories
Pirelli Aragón Round,
the Superbike Championship travels to the heart of Spain
race
250 motor racing championships tyred by Pirelli
race
The Dream Compound
race
MOST READ
Getting the show
on the road