What’s next for
the Blancpain GT Series

Pirelli’s main focus when it comes to GT racing is the Blancpain GT Series. And there are some important changes in the pipeline for next year 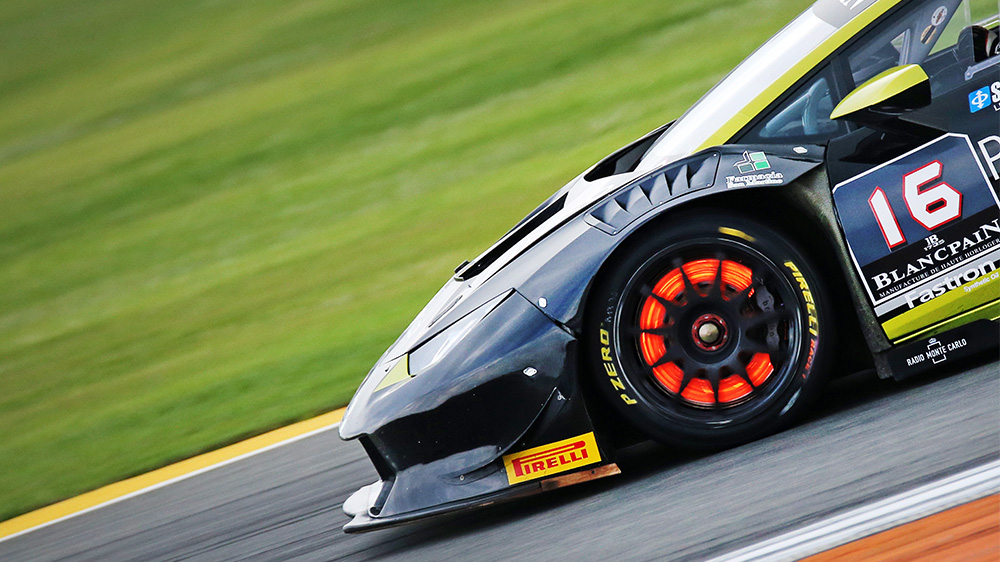 Bigger and better in 2018
The Blancpain GT Series might be over for 2017, but plans are already set for 2018, and there will be a few changes to make the championship even bigger and better next year, reflecting the emphasis on premium and prestige cars that are synonymous with Pirelli.
The series, which is managed by the SRO Motorsports Group, has gone from strength to strength since taking over from what used to be the FIA GT Series until 2013. It features a stellar line-up of GT3 cars, as well as professional and amateur drivers, making it a series everyone can enjoy.
Pirelli has been involved as exclusive tyre supplier from the very beginning, providing its iconic P Zero rubber to the entire grid. This, along with the balance of performance regulations, ensures each car is on a level playing field, which provides some very competitive racing. That’s the key to its popularity, along with the fact that the cars are pretty similar to the supercars you can buy in the showrooms. It’s where you go if you want to see a Ferrari race and Lamborghini. And who wouldn’t want to see that?

Something for everyone
In 2018 SRO has decided to limit the number of full Pro line-up teams to 26, to make the series more appealing for non-professional drivers. In 2017 there were 32 Pro cars. However, exceptions will be made for the Total 24 Hours of Spa.
Continuing to focus on the amateur driver, Pro-Am Cup teams for the endurance races will be solely made up of two Bronze and one professional driver, as opposed to the 2017 structure of two Silver and one Bronze driver. This will be slightly different for the 24 Hours of Spa where the line up will be two Platinum and two Bronze drivers. For the sprint rounds, the line-up remains the same as 2017.
Qualifying for the endurance rounds is set to change too under the new regulations to allow every driver to be part of the action. The starting grid will be determined by a combination of the times of all three drivers, with the exception of Spa. Each driver will start qualifying on a fresh set of tyres.
For the sprint races a more traditional GT3 format will be adopted for qualifying with driver one taking part in qualifying one (which will determine where they start for race one) and driver two taking part in qualifying two to determine their starting position for race two.

A high-speed tour of Europe – and Macau
The 2018 season is set to get underway next March for testing, with round one taking place in April at Zolder, Belgium. The full calendar, visiting some of the most famous tracks in Europe, is as follows:


The championship is promoted by SRO – headed up by entrepreneur Stéphane Ratel – is responsible for many motorsport championships, including the upcoming FIA GT World Cup at Macau, which is one of the most exciting races on the GT calendar. Pirelli is also exclusive tyre supplier for this unique event, which brings together all the biggest names in GT racing, and for this year it has introduced a new ‘Speed Hero’ Award, which will be given to the driver who sets pole position.