What happens in Vegas,
stays in Vegas

The Pirelli-equipped Blancpain GT World Challenge America concluded with a spectacular finale in the city of lights. And then there was the prize-giving, held at the Bellagio Hotel… 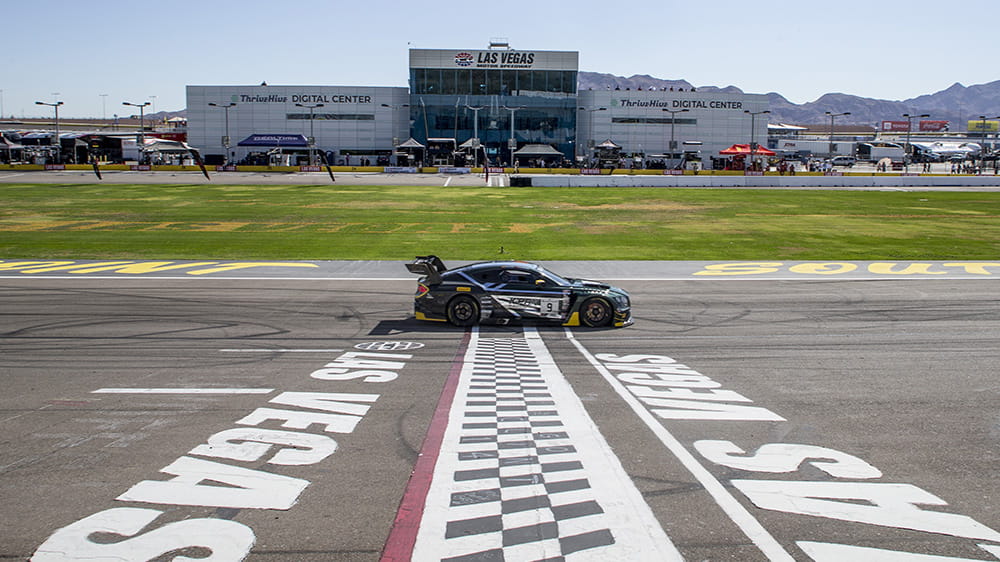 There’s nowhere quite like Vegas, even if you don’t wake up with a tiger in your bathroom (but you need to see The Hangover, set in Las Vegas, for that reference to make any sense).

The morning after the prize-giving ceremony hosted by Blancpain GT Series promoter SRO in the Bellagio Hotel, quite a few people might have ended up with an exotic animal in their bathrooms. Or possibly even married to a stranger. Perhaps even in a police station, if it all went a bit wrong.

But the main thing is that everyone had a fantastic night, to celebrate the end of a spectacular season.

Mercedes-AMG were also crowned inaugural winners of the global Blancpain GT World Challenge. This new title combines nominated drivers’ results from manufacturers’ customer racing efforts in GT World Challenge Europe, America and Asia over the course of each season. So it was a star-studded evening.

The races at Las Vegas Motor Speedway concluded with an evening finale under the lights, during which Bentley was the team to beat, courtesy of Andy Soucek and Alvaro Parente, who finished joint runners-up in the championship.

This was only the second time in its 30-year history that the Blancpain series raced at Las Vegas, having last visited the gambling capital in 2000. As was also the case back then, the track used its ‘royal’ layout, taking in both the banked oval and infield circuits. The result is a complex all-round challenge, which rewarded the most versatile cars and drivers.

In the past, the official end of year prize-giving ceremony for the Blancpain GT Series has taken place in London and Paris. This year, the stakes were upped considerably as the trophies were handed out in Las Vegas.

It wasn’t just the World Challenge America winners receiving their awards but also most of the other champions in the global GT series promoted by SRO, such as the British GT championship (won by Graham Davidson and Jonny Adam, who also claimed the Allan Simonsen Award in recognition of his fourth British title).

The Bellagio Hotel on the famous Strip is worth a trip even if you’re not going there to collect a trophy. Opened in 1998, it’s modelled on the famous Italian town next to Lake Como and redefines extravagance: the opening ceremony alone is reputed to have cost $88 million – and that was 20 years ago.

The property has actually just been sold, for a cool $4.25 billion. But you get a lot for your money, as the place has 3,950 rooms over 36 floors. It’s also got 14 restaurants and a musical fountain. It’s where large parts of The Hangover, as well as Ocean’s Eleven were filmed. The perfect place for an awards night, in other words.

In charge of putting on this unforgettable show was Pirelli’s long-time partner SRO, headed up by Stephane Ratel: the promoter of all the major GT3 championships across the world. These racing series use similar cars to the supercars seen in the most exotic showrooms, nearly all of which use Pirelli tyres on the road as well as on the track.

In total, SRO will have organised more than 100 races on Pirelli tyres throughout 2019 all over the world, including the famous Spa 24 Hours, showcasing the most desirable car brands out there. More than 50 entries regularly fill the grids.

Ratel set out his vision for the future of GT racing at the awards ceremony in Las Vegas, with Pirelli at the heart of it, but one name that won’t be there from next season is Blancpain, ending its sponsorship after 10 amazing years.

Ratel paid tribute to the Swiss watch company in Las Vegas, which bows out in style after passing the ultimate test for any brand association. Wherever you go, from America to Europe, the championship is always informally referred to as ‘the Blancpain series’.

And it probably still will be for many years to come…

Read more
Related Stories
The great Scots
on top in British GT
race
Lexus RC F GT3,
a brand built for challenges
race
Aston Martin Vantage GT3, a world-beating car
race
MOST READ
When the reality is more than we ever expected