What goes on tour….
GT racing is back!

It’s been a while, but the GT cars of the world are about to fire up again 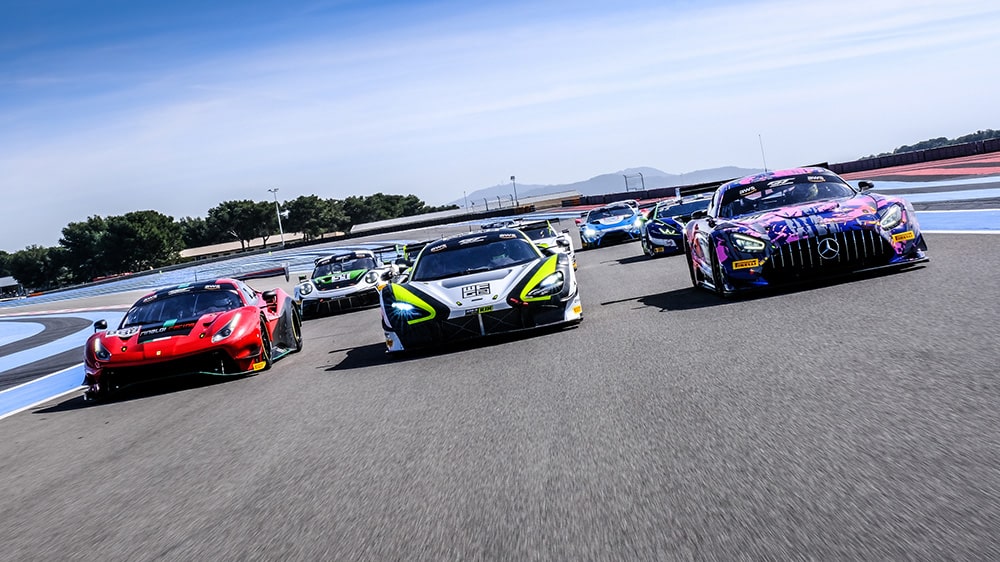 The 2020 season will always be the year with an asterisk next to the names of the eventual champions, to signify that this campaign will be very different to any of those that had come before. The outbreak of Covid-19 across the world has invariably had its impact on the calendar, the circuits and unfortunately some teams as well, which have been forced to either curtail their operations temporarily or, in some cases, permanently.

But with every downside, there’s an upside: the GT World Challenge Europe series – Europe’s leading GT competition – is about to kick-off properly with the opening round of the season at Imola in Italy. While lots of people hope that this year’s World Challenge will replicate the drama of the 2019 season, just going racing at all this month is a massive achievement in itself. But, the chances of this year being just as competitive and nail-biting as last season are very high indeed. We’re in for a treat.

As debut seasons in the World Challenge go, last year could not have gone any better for Chinese-Italian outfit FFF Racing, running a Lamborghini. The team, headed by Fu Songyang and driver Andrea Caldarelli, picked up the overall title along with the Sprint Cup, Endurance Cup and the Teams’ crown. This year however, FFF’s focus is purely on the Endurance Cup, while it is also embarking on an Intercontinental GT Challenge for the first time.

That’s not to say that the quality of the World Challenge field has diminished: far from it. The Black Falcon Mercedes-AMG team that FFF beat to the Sprint and overall titles last year has been sold to long-time partner and driver Hubert Haupt, who will take a bigger management role in the renamed HRT outfit, which will feature Black Falcon’s old drivers Maro Engel and Luca Stolz for the Sprint Cup, with Vincent Abril joining for the Endurance Cup. Expect them to be firmly in the hunt in 2020.

Then there is the American-run KPAX Bentley Continental GT3, which is hoping for a better season than last year, despite finally winning the 1000km of Paul Ricard after being cruelly denied in the closing stages 12 months before. The number 9 car of Alvaro Parente, Jordan Pepper and Andy Soucek should be strong contenders.

And then there are the other German giants, Audi and Porsche, who boast several heavy hitters among their driver line-ups. Audi will no doubt be in the hunt for the Sprint Cup and overall title, while Porsche’s efforts have usually centred around the Endurance Cup.

Teaming up with the famed Walkenhorst BMW team for 2020 is arguably BMW’s best line-up for the Endurance Cup in years. Dutchman Nick Catsburg stays on but is joined at the team by ex-DTM drivers Philipp Eng and Augusto Farfus. In the second car, there’s Martin Tomczyk, former single seater driver Nick Yelloly, and Supercars Australia star Chaz Mostert.

While FFF Racing is concentrating on just the one campaign this year, Lamborghini will be represented in both the Sprint and Endurance Cup by reigning International GT Open champions Emil Frey Racing. The Swiss squad, which has previous experience in the World Challenge with a Lexus in 2016, will field an unchanged driver line-up of Mikael Grenier and Norbert Siedler in the number 14 car, plus Lamborghini factory drivers Albert Costa and Giacomo Altoè in the number 163 challenger.

Expect intense action from the very start. The season begins with the first Endurance Cup round of the year, the 3 Hours of Imola on July 25, followed by the opening Sprint Cup meeting at Misano.

Some rounds that were initially postponed have either been rescheduled, changed format from Endurance to Sprint, or cancelled outright. Barcelona now becomes a two-race Sprint Cup round, while the coveted 24 Hours of Spa is still the highlight of the calendar, albeit taking place in October instead of its traditional July slot. Alongside Imola, Magny-Cours in France is another brand-new venue to the calendar, featuring four rounds in each series.

As it has done since the inception of the GT World Challenge (formerly known as Blancpain GT Series), the one-make Lamborghini Super Trofeo Europe will once again be on the support package, alongside GT Sports Club Europe, the GT4 European Series and Formula Renault Eurocup. Touring cars will also support the World Challenge on two occasions, with TCR Europe competing at Barcelona and Spa. The idea is to provide a spectacular show in every location, with something for everyone.

The championship name may have changed, but Pirelli is as usual at the centre of the GT action this year. For 2020, the GT3 competitors will use Pirelli’s new P Zero DHE tyre, which is an evolution of the previous DHD2. The new design provides an even more consistent and reliable tyre, capable of delivering optimal performance throughout an ample range of track and weather conditions, in the hands of both professional and gentlemen drivers.

GT racing is an important research and development tool for Pirelli, as it comes closest to reflecting the nature of the prestigious road-going supercars that Pirelli equips. As a result, the lessons learned on the track can be applied directly to the road: the essential reason why Pirelli is involved in more than 350 car championships all over the world.