Welcome to the new
peoples’ car 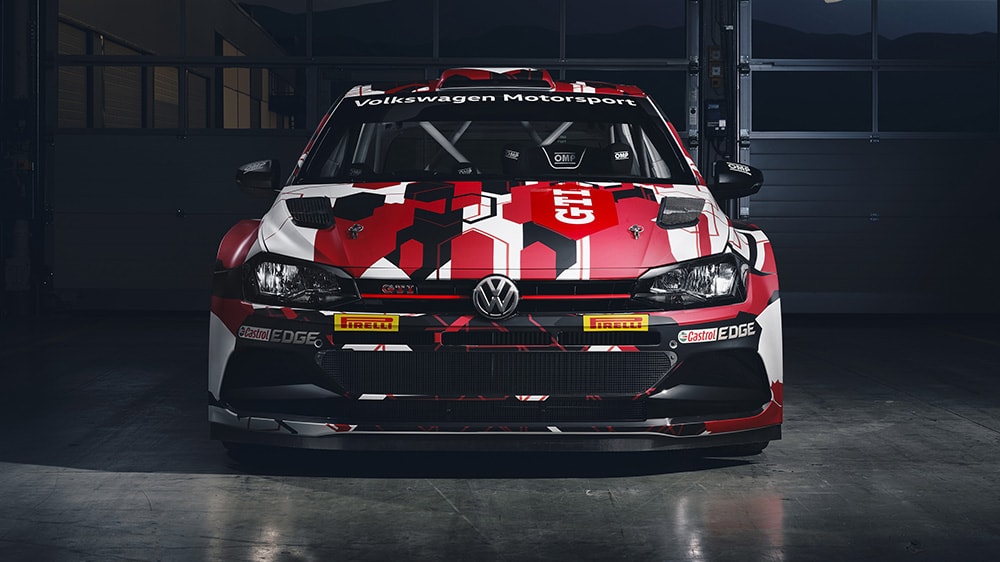 No manufacturer ever arrived on the world rally scene quite like Volkswagen. The records weren’t just broken: they were pulverised. Volkswagen joined the WRC party at the beginning of 2013. It stayed until the end of 2016, claiming eight championships in total, 43 out of a possible 53 rally wins, the longest run of consecutive wins (12), and the two most successful seasons for a manufacturer, with 12 rally wins achieved in both 2014 and 2015.

Volkswagen drivers have stood on the podium 87 times and finished first and second 20 times. A Volkswagen driver was fastest in 39 of the 51 power stages the team contested (in which the top three score bonus points) while the German squad led the manufacturers’ standings for an uninterrupted 1346 days in a row. Get the picture?

By the time the team quit the sport, there was nothing left to win. But the Polo name wasn’t gone for long, as Volkswagen soon started work on an R5 version of the latest evolution of Polo: just one rung below the leading World Rally Car class. In its short life so far, it has already shown itself to be a category leader – but everything will shift up a gear in 2020.

A new chapter with Pirelli

That’s because Volkswagen Motorsport has chosen Pirelli as its technical tyre partner for the latest Polo GTI R5. The newest Polo will use Pirelli’s P Zero RA tyres for asphalt, Pirelli Scorpion K tyres for gravel and Pirelli Sottozero Ice as well as Sottozero Snow tyres for winter conditions.

Just as is the case for the road-going manufacturers that Pirelli works with, the 2020 Volkswagen Polo GTI R5 has been specifically designed for peak performance together with its Pirelli tyres in a wide range of weather and surface conditions.

But Pirelli has an even longer history in rallying, having been part of the World Rally Championship when the series was inaugurated back in 1973. Since then, the Italian firm has racked up 25 world titles and won 181 rallies overall. From next year, Pirelli returns as exclusive tyre supplier to the World Rally Championship for the 2021-2024 seasons.

The partnership between Pirelli and Volkswagen is seen on the road as well, with the Italian tyres nominated as original equipment for so many Volkswagen models over the years. And it’s still seen on Volkswagens right now: from the humblest Polo road car to the biggest Touareg off-roader.

“We’re delighted to welcome Pirelli as official supplier of the Volkswagen customer rallying project,” said Volkswagen Motorsport Director Sven Smeets. “Pirelli is synonymous with great success in rallying and is very prevalent in international and national series held in accordance with R5 regulations. This way, our customers receive top-class and extremely successful tyre technology with the delivery of their Polo GTI R5.”

There’s another connection between Pirelli and Volkswagen too: Pirelli has been supporting the career of 18-year-old Oliver Solberg (the son of Pirelli’s 2001 World Rally Champion Petter Solberg) who is using a Volkswagen Polo R5 on the WRC2 series this season.

With rallying interrupted due to the Covid-19 pandemic, Oliver has been rallying a virtual Volkswagen Polo R5 online recently as part of the Solberg World Cup gaming challenge – more news about that to follow.

Read more
Related Stories
Through thick
and Finn
race
Under the skin
of the Blue Oval in WRC
race
Long live the King
race
MOST READ
The Pirelli P Zero trofeo r: to the clouds with the Urus