He was often called ‘the reverend’ – but that was just a habit. Walter Villa’s calm and peaceful exterior belied a fiercely competitive persona, who was intent on winning 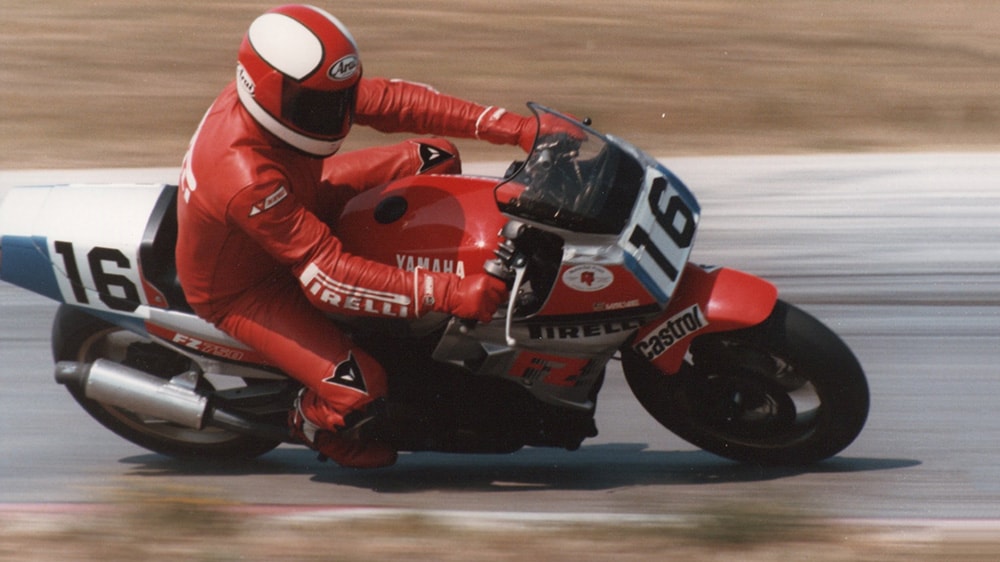 Walter Villa was one of the world’s most successful bike riders, with four world titles claimed in the 1970s as well as nine Italian championships. His roll call of achievements places him among the true greats: 24 wins from 87 races, 36 podiums, and 21 fastest laps – mostly obtained between 1974 and 1976 on an Aermacchi-Harley Davidson.

The Italian was nicknamed ‘the reverend’ – mainly due to his calm and peaceful outlook, which was somehow more suited to a parish priest than a fearless bike rider. He was by nature a peace-maker, able to mediate in any arguments that arose in the paddock. Walter was a master of the perfect compromise, which helped him to diffuse even the most volatile situations with his wise and well-judged worlds.

He was born on August 13, 1943, at Castelnuovo Rangone near Modena, in the heart of Italy’s motorsport valley. As a youngster, he worked as a mechanic in Modena, following in the footsteps of his beloved older brother Francesco, who was also a professional rider.

From 1962 to 1967 Walter rode his first races in Italy, starting off on a Morini 175 “Settebello” at his home track in Modena. He was an instant success on a wide variety of different bikes in his early years, such as Morini, Ducati, MV Agusta, Malanca and Montesa. During that time he claimed some important titles in Italy, in both the 125 and 50 classes.

But everything took a very big step up in 1967 when he moved onto the world championship, showing promise and racking up some victories from the outset. The 1973 season was a turning point: he won the 250 championship in Italy riding a Yamaha, while his world championship season was interrupted by a horrific accident that also involved Renzo Pasolini and Jarno Saarinen – neither of whom sadly survived. Walter took time to recover from all the consequences and came back stronger than ever.

In 1974, he signed with Harley-Davidson, built by Aermacchi in Italy, and claimed his first 250 world title with a 19-point margin over the second-placed rider, as well as the domestic title in Italy.

By 1975 he was established as an almost-unbeatable champion, thanks not only to his rapid pace but also his metronomic consistency, as well as his uncanny ability to take full advantage of any mistakes from his rivals. Five wins and a third place allowed him to claim the 250 title once more, as well as the national title in Italy.

The 1976 season was Villa’s most successful year, resulting in both titles again, as well as the 350 world championship, riding an Aermacchi Harley-Davidson. But things were different in 1977. There were moments of glory, but other races that were ruined by technical problems and accidents, both with the Aermacchi Harley-Davidson and Yamaha. The 1980 season was the last one in which Walter scored world championship points; there would be no points at all in 1981, spelling the end of a brilliant career at the top level.

Walter began a long and enduring collaboration with Pirelli in 1985, while he was also competing in Italy alongside a few races in the world endurance championship. His job at Pirelli was as a test rider for the company’s slick tyres for bike competition, as well as assessing roadgoing tyres for bikes from the best-known manufacturers in Japan and Europe.

Villa’s methodologies when it came to testing and development provided an invaluable contribution to the growth of Pirelli’s research division. His name is inextricably linked with the testing and development of zero-degree steel-belted tyres; one of Pirelli’s biggest success stories in motorcycling, which over the last 35 years have changed the way that high performance bike tyres are conceived.

To underline the supremacy of this technology in the bike world, Walter Villa set six world speed records with Pirelli in 1994 at the Nardo circuit, riding a Suzuki RF900. These included the hour record set together with Salvatore Pennisi, Pirelli Moto’s current research director.

In June 2002, a heart attack at home in Modena took Walter in his sleep, at the age of just 58. He’s still remembered by his friends and family every June during the Walter Villa Memorial: a track day in Modena designed to celebrate and worship at the altar of ‘the reverend’.

Read more
Related Stories
Carl Fogarty:
the eyes have it
race
How Giacomo Agostini became the most successful rider in bike racing
race
Mick Doohan: the enduring hero who won five consecutive MotoGP titles
race
MOST READ
The Pirelli P Zero trofeo r: to the clouds with the Urus