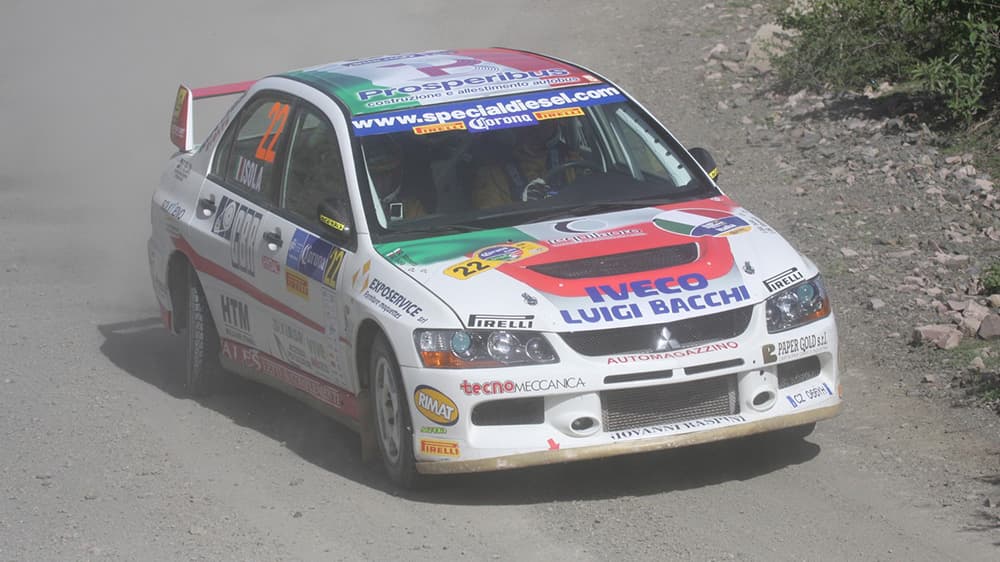 Representing the nation
Pirelli’s Head of Car Racing Mario Isola has been to the Mexican Grand Prix every year since its latest incarnation took form in 2015: previously, he visited the country regularly for the Rally of Mexico – based in Leon – when Pirelli was single tyre supplier to the World Rally Championship from 2008 to 2010.
But the Rally of Mexico didn’t take place every year back then, and for 2009 it was dropped from the WRC calendar under the rotation system, which allowed different events a spot on the calendar.
This didn’t mean that there was no rally in Leon though. Instead, the organisers came up with the idea of a one-off ‘Rally of Nations’, in which every country would field two cars: a bit like the World Cup.
Rather than adding up stage times, as is conventionally the case on rallies, each crew would score points for their country for every stage completed, with the number of points dictated by how fast they were on the stage. To keep things fair, all the drivers were in Group N cars.
There were some top names on the entry list: former World Rally Champion Didier Auriol represented France, while former Rally Mexico winner Harri Rovanpera represented Finland. Representing Italy was… Mario Isola.

Rallying to the cause
Mario had done a few bits of driving before – and not only in ambulances, where he is a volunteer driver (curiously, a pastime he has in common with Auriol: another celebrity ambulance driver). But never before had he faced such a high-quality field.
Keeping him company in Pirelli Team Italia’s second car was co-driver Matteo Braga: Pirelli’s circuit activity manager, responsible for GT racing (but also an accomplished rally co-driver in his own right, having even contested the Dakar Rally in the past).
Mario and Matteo have competed together in the past, but on this occasion, they both got professional back-up: Mario co-driven by the experienced Roberto Mometti, Matteo driven by well-known Italian privateer Stefano Marrini. Both crews were in a Mitsubishi Lancer Evo IX, running of course on Pirelli Scorpion rally tyres.
“It was just an incredible experience,” recounts Mario. “Before the rally I got plenty of advice, even from drivers such as Petter Solberg, but I knew it was going to be a very big challenge. The warmth and support that we got from the Mexican people was fantastic, and that’s one of the reasons why I love this country. The passion for motorsport in Mexico is so huge.”

Rock but no roll
Mexico is one of the toughest events on the world rally calendar, with a compact, high-altitude route in the searing heat, and fast roads littered by football-sized rocks. It was one of those rocks that deranged the rear suspension of Mario’s Mitsubishi on the opening day. Somehow, he and Roberto managed to get the car back to service – but the time lost dropped them firmly out of contention.
“From that point, I was determined that we would finish the rally and make the most of the opportunity,” said Mario. “Thanks to some great work from our mechanics we did it. An experience like that only makes you appreciate even more the skills and dedication of drivers who compete professionally every weekend – whether it’s in rallying or Formula 1. I’m never going to forget it, just as I’m never going to forget the welcome we received in Mexico.”
Mario was classified 28th on the Rally of Nations; just behind former WRC factory driver Toni Gardemeister. Matteo was 11th, leading home Pirelli Team Italia. But it was Spain that brought home the Nations Cup, while Manfred Stohl (from Austria) was the quickest individual driver.
Which nation’s flag will fly over the Mexico podium this weekend? It’s not long before we get to find out.