Vintage Racing in America:
an inside look at the SVRA 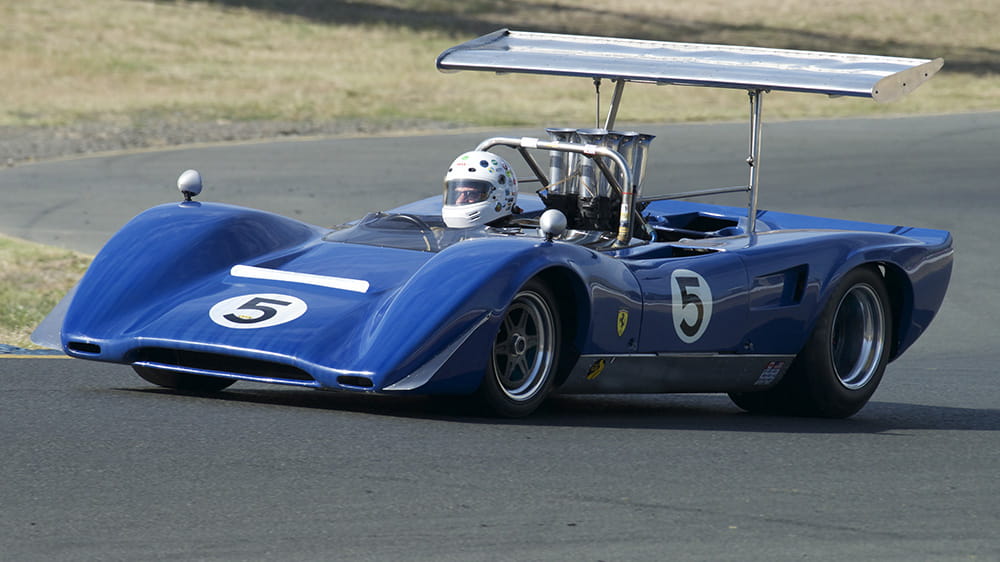 When most people think about motorsports, they think about Formula 1 or Rally, where each car is packed with bleeding-edge technology and the top drivers are global celebrities. Each car is so similar to the next that it can only be distinguished by its livery. Drivers and vehicles are, for the most part, seen from a distance and admired from afar.

Vintage racing is nothing like that. In a single weekend at a vintage event, you might see everything from a 1928 Bugatti to a 1998 Trans Am, all peeling around the track at top speeds. Cars from different eras compete against each other, all meticulously restored and looking as impressive as they did when they ran their first races.

The drivers are amateurs who, by and large, are behind the wheel simply to have fun. Winning is nice, of course, driving in a vintage event is really about giving classic vehicles an opportunity to do what they were built to do: go fast.

The races themselves are only part of the attraction. The garage areas are at most vintage races are open to fans, giving ticket-holders an opportunity to see a wide array of classic performance cars up close. Drivers are often more than happy to spend time chatting with fans and enjoying the shared appreciation of high-performance vintage vehicles.

The parking lots are also as interesting and full of automotive eye candy – and friendly owners – as the pits. Some events have classic car shows during race weekends, but even the ones that don’t will attract a wide array of fantastic vehicles. It’s not uncommon to see hoods popped and passersby peering under them while they talk to the owner.

This communal spirit is part of what makes vintage racing events so unique, and it’s one of the many reasons why they’ve been growing over the past few years. The most popular circuit is run by the Sportscar Vintage Racing Association, or SVRA. Fielding events throughout the year, the SVRA is one of the oldest vintage racing organizations and is the only one that’s national in scope.

Many of SVRA’s events take place at historic tracks like Sebring International Raceway, Watkins Glen, and even the Indianapolis Motor Speedway, giving vintage car owners the opportunity to compete on the same tracks as motorsports legends.

The events attract almost every type of race car from every era in automotive history, and they all race on tires provided by Pirelli. Pirelli’s Collezione range of tires are high-technology tires for classic cars designed to enhance both performance and the original driving dynamics of the cars.

While the majority of SVRA events feature fields of amateur drivers, the event at the Brickyard in Indianapolis is unique in that it features a pro-am charity race that pairs veteran Indy, IMSA, Trans-Am, NASCAR and Formula 1 drivers with amateur partners driving Corvettes, Camaros and Mustangs. Over the years, this race has been won by motorsports legends like Al Unser, Jr., Paul Tracy, Max Papis and Robby Unser.

At Watkins Glen, the SVRA stages its annual U.S. Vintage Grand Prix, which features some of the circuit’s largest fields across all of its racing groups. The weekend also includes a reenactment of the first race on “the Glen’s” original 6.6-mile street course, featuring more than 100 vintage race cars. This event has been known to attract more than 20,000 spectators.

Many events on the SVRA schedule feature specific marques as well. At these events, the featured marques can race for free, and the weekend includes a special paddock for the marque. This season includes events that will highlight Alfa Romeos, Mustangs, Trans Ams and MGs as the featured marque, to name a few.

Whether you own a classic race car or simply want to spend a weekend soaking in the high-speed history of over a century’s worth of motorsports, vintage racing is worth a look.