Travelling the world
in search of success

The love story of Ronnie Kessel and Ferrari 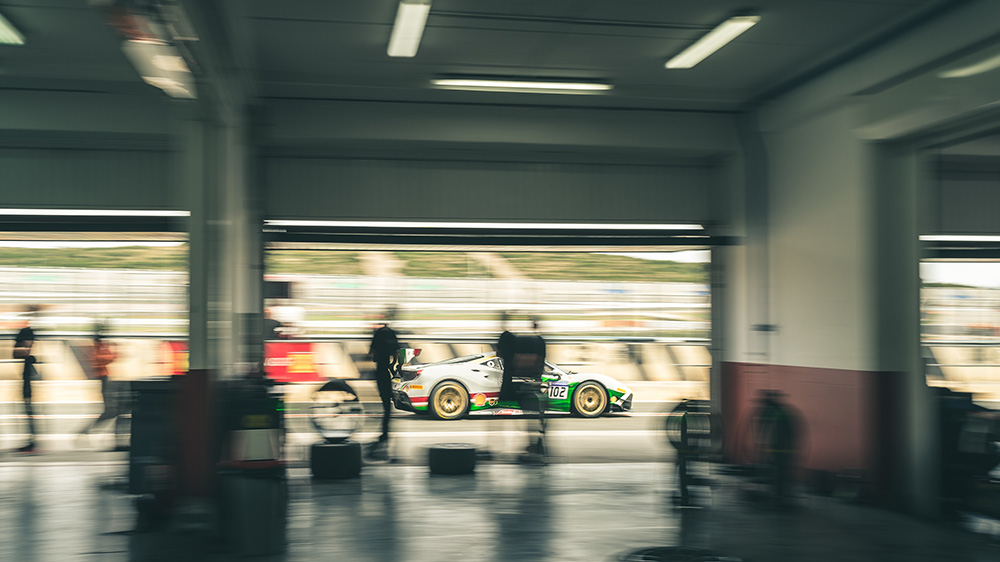 Life shared in a racing car garage is defined by collective rhythms, with seasons becoming as long as championships. This is what life is like in extended families - and the Kessel Racing family totals around 60 people, coverying roles as varied as the chefs (who follow the team to cook for drivers) to the engineers and mechanics. According to the head of Kessel Auto, Ronnie Kessel, living so closely with the garage team - moving as a group as though they were a tribe - is a bit like “living in the circus”. They travel the world together 250 days a year, going to different places and visiting over 40 international circuits where they share in the tension, sometimes celebrating victory together and sometimes commiserating defeat.

“We get around on eight trucks, four of which transport the cars. If our team weren’t bound by friendship - if we weren’t first and foremost friends, and colleagues second - it would be impossible to spend so much time together,” says Ronnie.

The Kessel Auto team is compact and enthusiastic, especially their Kessel Racing department which focuses on track races - its drivers take part in championships like the Blancpain GT Series, the Ferrari Challenge (a championship exclusively for Ferrari cars with competitors from a number of countries. Kessler participates and has up to seven cars available, all of them 488 Challenges), the Le Mans 24 hour challenge and the GT Sports Club Championship Driver. Since the garage was set up by Loris Kessel, Kessel Racing has competed in GT3 and Challenges with Ferrari GTs.

The relationship between Ferrari and Kessel has been going on for many years, since Ronnie’s father founded the Lorris Kessel Racing Team and had his first victories in the Ferrari Challenge European Series, with increasingly better results and a number of victories. The synchronisation and collaboration between Kessel and Ferrari - quite apart from their success on the track - has also had great results for the company’s restoration and trading in old Ferrari cars. After many years, they have become a pair of brands that fit together perfectly, as so often happens in racing.

“If a child draws a picture of a car, they’ll probably colour it in red and they’ll be thinking of a Ferrari when they do that,” says Ronnie. Ronnie’s passion for everything to do with Ferrari cars is closely linked to his love for car racing - these two passions might even overlap completely. Ronnie’s dedication to and excitement about Ferraris makes him like a huge rock fan who has felt connected to a voice and a tune since they were a teenager and feels more strongly about it as time goes on - a connection that you can’t give up as the years pass, and that only becomes stronger and more mature in adulthood.  The word Ferrari evokes a huge range of emotions and feelings in Ronnie, to do with both his private and professional lives - as does the word Pirelli. “When I think about Pirelli, for instance, I think of the first photo of my dad when he was young, before he became a drover [Loris Kessel will round off his racing career by competing in Formula 1 - Ed.], and he was a farmer. In the photo, dad is sitting in a box for wine bottles, and he put four tyres around it to make it look like a racing car. Those tyres were Pirelli tyres - and in my first Ferrari Challenge, the car I drove also had Pirelli tyres.” For Ronnie, the Ferrari and Pirelli brands have been around forever and are part of the symbolism that has surrounded him since he was a child and which are still close to him today, whatever he’s doing: between competitions and restored cars, they are part of the landscape in which his daily life plays out.
There’s no shortage of contact with Kessel’s other sector - which focuses on antique cars - on the tracks either: drivers also compete with these Classic cars on the track, giving a sense of competitions past. In this category, the Kessel garage won both the Montecarlo Rally and the historic Formula 1 GP in Montecarlo, both in 2016.

That same year, Kessel Racing won the 303 laps of the 12 Hour Gulf in Abu Dhabi with a Ferrari 488 GT3, retaining their title from the previous year. Before the end of 2017 the Kessel team - that extended family, that travelling circus - is due to go to Abu Dhabi for the seventh time to compete in this competition and defend their title. Black asphalt racing tracks are infinite, and every victory is unforgettable.