Thinking outside
of the Boxster 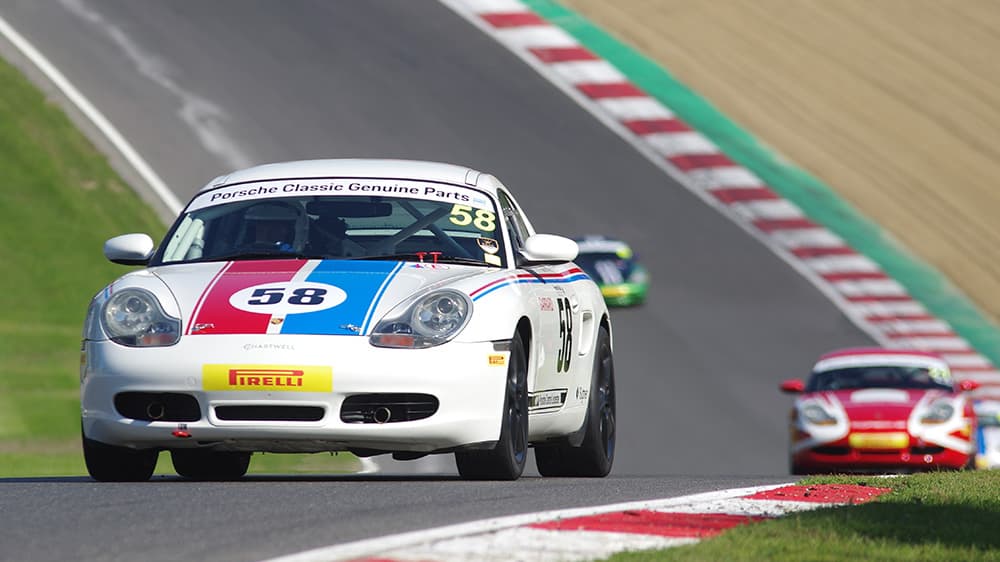 In the past, this has been run as a straightforward annual restoration competition, with different dealerships buying an old Porsche (according to the competition’s theme) and then restoring it. The best restoration wins: simple enough.

This year, however, there’s been an important twist. The competing teams had to buy a 986-model Porsche Boxster S and then restore it by turning it into a racing car. There’s a popular Porsche Club Championship in the United Kingdom, and these cars formed part of it in a separate class within the main Club Championship. So it wasn’t just a question of making them look good but turning them into winners as well.

This Porsche competition with a difference celebrates an important anniversary, as believe it or not the Boxster actually turns 20 this year. When it was launched in 1998, it attracted a whole new group of drivers to Porsche ownership. So can it now attract a whole new collection of racing drivers to the top step of the podium?

From road to race
There was no shortage of entries from Porsche dealerships across the United Kingdom and their partners. They did all the hard work, then Pirelli supplied the tyres that equipped the newly-reincarnated Boxsters on the race track. Nonetheless, the Boxsters had to remain as close to standard specification as possible (being sporty by nature in any case). Competitors raced on Pirelli Trofeo R semi-slick tyres which are developed to offer the greatest performance on the race track, whilst remaining legal for road use too.

In total, 16 different dealerships entered this ground-breaking Restoracing competition. So just how was the transformation from road to race achieved? At the heart of any racing car is the roll cage, as this carries out the dual role of protecting the driver from impacts and also stiffening the chassis to improve the handling. The roll cage is the starting point in the build of any race car, welded in to ensure maximum integrity. To do this, the car has to be stripped back to a bare shell, after which the roll cage is installed, and then the shell can be painted. The 3.2-litre, 252-horsepower engine, suspension and transmission is also removed, stripped and reconditioned: putting the car back to a similar condition to when it left the factory. It was a huge amount of work. This all took place at the start of the year, with the cars ready to hit the track in May.

Waking up the Pink Pig
So, the completed restoration was only the start of the challenge. The car then had to take part in three race weekends, culminating in the Brands Hatch Festival of Porsche at the beginning of September. Each entrant had to choose a driver, and a further nod to Porsche heritage came with the colour schemes. Every car had to choose a classic Porsche racing livery from the past, such as the red and white ‘Salzburg’ scheme on the winning 1970 Le Mans Porsche, or of course the unforgettable ‘Pink Pig’ livery, also from the 1970s. For those unfamiliar, it looks exactly as it sounds: a drawing of a pig on the side of a racing car.

This approach echoes Porsche’s decision to run these classic liveries on the factory cars at Le Mans this year, with the Pink Pig – naturally – proving to be the most popular car there.
But as for which restored Boxster wins the Restoracing competition this year, we’ll have to wait a bit longer to find out. Irrespective of the results on track, the winner of this year’s competition will be announced at the Classic Motor Show in November at Birmingham’s National Exhibition Centre. May the best Porsche win!