Among the star drivers to have made rally fans dream, Ari Vatanen stands out as a charismatic genius with a magic touch – especially at home in Finland 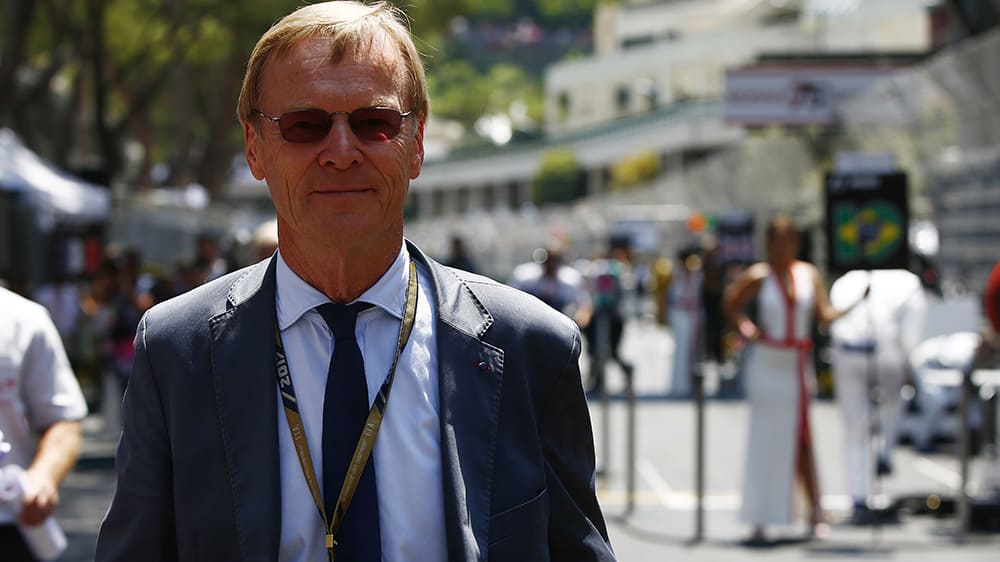 No driver is defined only by the number of trophies they won, and Ari Vatanen’s impact on rallying was far greater than his 10 World Rally Championship victories or the one title he claimed.

That championship was won in 1981 as a privateer, driving a Ford Escort run by David Sutton Motosport in iconic Rothmans colours. Key to the success – after wins in Greece and Brazil – was Vatanen’s maiden victory on his home rally, the 1000 Lakes, ahead of fellow flying Finns Markku Alen and Hannu Mikkola.

“Finland is the rally you always want to win, and one of the reasons why is that it’s an event that involves the whole country,” says Vatanen. “It’s also so fast and you have to be unbelievably precise, so for a driver it’s one of the biggest tests. I’m very proud of what I achieved in Finland, but I actually think it’s much tougher for the young drivers who are coming up now. Honestly, I think in the modern day, I wouldn't have been able to achieve what I did. The pressure on the young guys is huge now and it’s even more difficult to get to the top. Not that it was easy in my day, but there was a lot of support and the sport was more accessible. I still think it’s a miracle that us Finns are so successful in rallying: we’re a tiny country with so many good drivers – and not just in rallying. There’s not a lot of help from the government – they tolerate us – but there’s a lot of support from people on the ground.”

Read also: Ari Vatanen - His way in the rally world

From Tuupovaara to the world

This is typical Vatanen: forward-thinking, a man of the people, and a pragmatic realist with no fondness for rose-tinted spectacles. He grew up in Tuupovaara; a small town in eastern Finland that’s right on the border with Russia. Life there isn’t easy, but it’s idyllically beautiful, turning into a frozen winter landscape for several months of the year. Maybe that’s why Vatanen has decided to build a brand new house there this year, in a modern style, to make the most of the spectacular views. Now aged 69, Tuupovaara’s most famous son is still as excited as a child. “I live a lot of the time in the south of France, but your home is always your home, and that’s why Rally Finland means so much to me. I’ve got so many fantastic memories, but of course so much has changed.”

It’s estimated that roughly 20 per cent of Finland’s population watch the rally in some shape or form but Vatanen thinks that the sport used to be even more permeated into Finnish culture, which was the key to its success.

“In my day, we used to meet so many people on the way: stopping in houses for countless cups of coffee, giving people rides during tests and the recce,” he said. “Especially schoolchildren: I remember once we stopped at a school and gave every child a ride in the rally car! We tested so much then and had a lot of time to prepare for the rally. Still now, I get people coming up to me all the time saying: ‘I remember that that you serviced in front of my house once’ and it’s really nice. The modern drivers don’t have that contact anymore, which is a shame for them.”

Vatanen would win in Finland again in 1984, once more defeating Alen to take the first victory for the new Peugeot 205 T16 that would become the benchmark in the awe-inspiring Group B era. For Vatanen, 1985 began with a famous Rallye Monte-Carlo triumph in which he overcame an eight-minute time penalty to defeat Audi’s Walter Rohrl. But, while trailing team-mate Timo Salonen in the championship, he pushed too hard and had a huge crash in Argentina, suffering life-threatening internal bleeding as well as severe leg injuries. The effects of the crash on his mental health went way beyond his physical recovery, as he sank into a deep depression afterwards. “You don’t overcome a crash like Argentina,” is how he describes it. “You may look physically healthy, but who is to say that you are really healthy inside? Even the following summer I was still taking Valium every day. Occasionally I thought: ‘OK, I am not dying.’ Most of the time I thought I was dying, though, and that the doctors were in a conspiracy against me. I would feel OK, but then I would revert to my surreal fears. People really need to talk about mental health more, I feel very strongly about this.”

Vatanen would eventually recover and continue his professional career to 1993, giving the iconic Subaru Impreza its debut on Rally Finland that year. Like many of the great Finnish champions, he made a farewell appearance on his home event in 2003, finishing only just outside of the top 10 in a Peugeot 206 WRC aged 51.

By this time, he was serving as a member of the European Parliament but Vatanen continued competing for several years yet in the Dakar Rally – which he had previously won three times with Peugeot and once with Citroen.

As well as a rally driver, Vatanen is a philosopher. Sitting in the desert near Mauretania, he once commented on how the desert is like life. Each one of us is just a grain of sand, he pointed out, lost in a landscape so big that we can’t properly comprehend it. And in that respect, rallying opens your frontiers more than any other form of motorsport: you see people, places, cultures and landscapes that you would never otherwise experience. It’s had a profound effect on the boy from Tuupovaara, whose father died in a car crash when Ari was just eight years old. He was sitting in the back of the car but emerged uninjured.

“Of course, rallying is selfish in some ways but on the other hand it is how life calls you,” he says. “No regrets about anything: not. Although maybe I should have braked sooner in Argentina…”.

Salt of the earth

Another highlight was Vatanen’s record run up the Pikes Peak hillclimb in 1988, immortalised in the film Climb Dance. Steering one-handed as he used the other hand to shield his eyes from the setting sun, Vatanen’s image on the event passed into history.  And he sums up his on-the-edge philosophy perfectly, in one sentence that distils the essence of what the ever-charismatic Vatanen is all about. “Life without sideways is monotonous,” he concludes. “We need salt in life and, for the rally driver, gravel is the salt of life.”