The stars and the stripes

As the motorsport season resumes, engines roar into life again in a rally calendar all over the world. And nowhere do they roar louder than in America 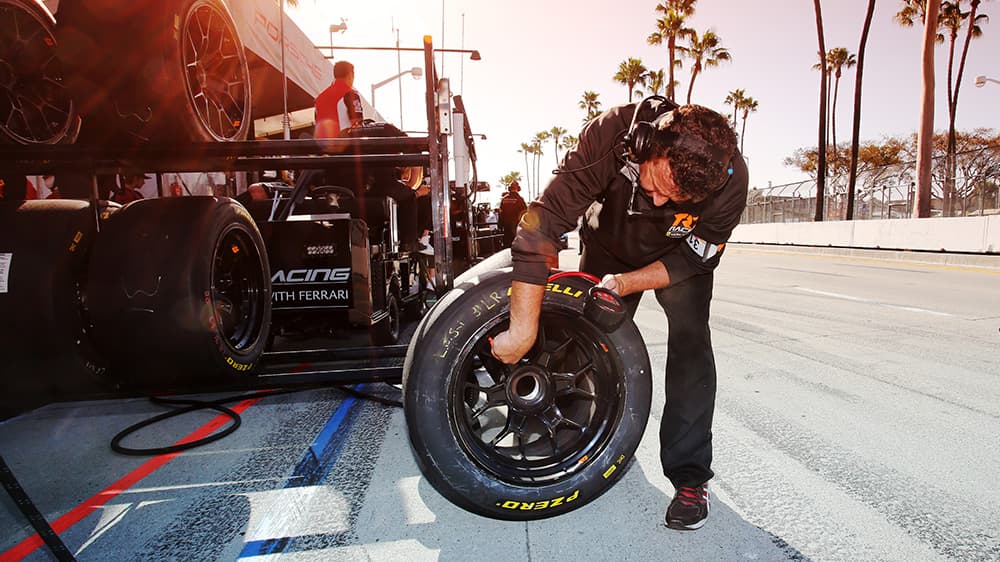 Back on the horse (power)
Racing never stops. As the motorsport off-season get shorter and shorter each year, Pirelli's track activities are now a year-round affair. It's a congested calendar too, with Pirelli engineers criss-crossing the globe all year round, supporting racing and rally championships large and small. That variety gives Pirelli a real-world testing environment to push its rubber to the limits and beyond.

Road relevance in motorsport is often a sticky subject but, with Pirelli USA embarking on an even larger rally calendar, a programme of championships in 2019 and expanding its tie-up with one of the world's biggest sportscar manufacturers, American motorsport will be swimming in a sea of yellow and red this year. Driving stars, and P Zero stripes.

Porsche in America
Porsche Club of America celebrates every variant to come out of Stuttgart, whether a brand new 911 GT3 or a standard 924 from the 1970s. Regardless of what members are driving this year, and whether it's at the prestigious Werks Reunion Amelia Island or PCA's five national programmes, Pirelli will be bringing trackside support along with fresh sets of tyres for Porsche enthusiasts from all corners of America.

Vintage Porsche fans can rejoice with the brand-new Air-Cooled Cup USA, featuring pre-1997 911 Cup cars adored by purists of the marque. Its US-based calendar puts it amongst the best series in America, taking in Laguna Seca, Circuit of the Americas, Road America and Sonoma Raceway as part of its seven-meeting schedule. The cars might be older, but the tyres will be modern – with all competitors benefitting from Pirelli's expertise for the next two years.

Past, present and future
Few series can rival Trans Am for its glittering past. Ford Mustangs, Chevrolet Camaros and more of America’s well-loved V8 icons propelled it to significance and, today, those same names are still producing great racing.

Away from the smooth, sealed surfaces of circuit racing, the Challenge Xtreme Elite rally series throws up a variety of conditions that would give any weather forecaster a nervous breakdown. In a five-round Canada-based championship, drivers face ice, snow and slippery gravel, with a bit of asphalt thrown in for good measure. With Pirelli supplying compounds for every surface, Challenge Xtreme Elite's competitors will be all set for the next three years, no matter the conditions.

Five of the best
At the start of February, a field chock-full of the best professional GT drivers in the world will descend upon Australia's iconic Bathurst circuit for the Intercontinental GT Challenge – the first round in an exhilarating tour of the globe’s greatest GT endurance events.

Bathurst's twisty mountain section puts Pirelli's renowned DHD2 tyre through its paces, with drivers depending on its high-performance grip as they thread the needle from The Cutting through to Forrest's Elbow.

But the rest of Intercontinental GT Challenge's 10-month calendar is equally as challenging. Pirelli rubber will be responsible for keeping a variety of GT3 machinery from the world’s biggest premium car manufacturers firmly planted through Laguna Seca's corkscrew in March and negotiating Spa-Francorchamps’s famous Eau Rouge complex in July. Suzuka’s incredible high speed first sector will challenge both drivers and tyres in August, with 2019 coming to a close in the sweltering heat of Kyalami in South Africa's summer – in November.

Both in America and the rest of the world, motorsport starts right now. There are more than 400 Pirelli championships on two wheels and four throughout the world – can you keep up?

Read more
Related Stories
Talking Turkey
race
The ultimate
driving machine
race
The new wave from Asia meets the giants of the west at the Macao GP
race
MOST READ
Jacques Villeneuve,
the rising and setting of the son