The show must go on

The first round of the 2018 motorsport season takes place in… Birmingham. No, really 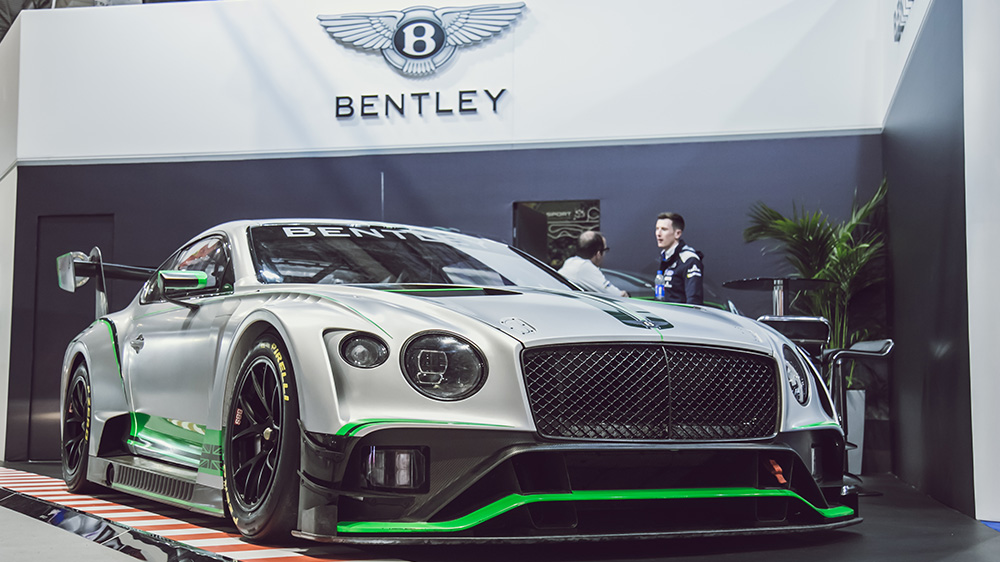 All roads lead to Birmingham
As well as being the birthplace of ‘Il Leone’ – Nigel Mansell – Birmingham has a few more claims to fame when it comes to motorsport. It’s one of the few cities in the world to have hosted a grand prix on its streets: albeit the Formula 3000 super prix from 1986 to 1990, rather than Formula 1. And it also hosts the Autosport International Show every year at the enormous National Exhibition Centre near Birmingham Airport.
This show, dedicated entirely to motorsport, is popularly known as the first round of the new season, taking place in the second week of January each year and covering everything from karting to Formula 1, with more than 600 exhibitors.
As well as new cars on display, several top drivers and other personalities drop in to be interviewed on the main Autosport stage; including Pirelli’s head of car racing Mario Isola this year, who will be talking about the 2018 range of Formula 1 tyres.
It’s a long-standing tradition: this will be the 28th year of the Autosport Show, after it was first held in January 1991. Pirelli also has a long history at the event (located just half an hour from the company’s UK headquarters at Burton upon Trent) with a stand that features several Pirelli-equipped racing and rally cars, as well as competition tyre displays and even a Formula 1 simulator.

Four shows in one
Rather than just one event, there are actually four elements to the Autosport International Show. Firstly, there’s the main show, which takes in all the highlights of motorsport and its top stars. Exhibitors include teams, manufacturers, circuits and merchandise retailers: including sellers of rare books and memorabilia. There’s even a car auction taking place, so you can buy more than just a souvenir if you wish…
For the technically-minded, there’s Autosport Engineering: a show within the show, which is dedicated to technology and the mechanical side of motorsport, with all the leading suppliers present.
Then there’s the Performance Car Show, for enthusiasts of sports and performance cars (most of which are equipped by Pirelli). This houses a stunning array of road-going supercars from past and present, as well as displays from the best-known owners’ clubs.
Finally, there’s the Live Action Arena, if you want to see the cars moving as well as standing still. This showcases a variety of demonstrations and races in a spectacular hour-long programme, hosted by Sky UK F1 commentator David Croft.
To scratch any competitive itches after seeing all the action, there’s even a karting arena for visitors too…

The stars of the show
There are always special events and exhibitions taking place at the Autosport Show each year, and this time one of the highlights will be the official launch of the 2018 World Rally Championship, which Pirelli is returning to – having been involved since the championship was inaugurated in 1973.
All the teams will be present with their latest-specification World Rally Cars and lead drivers, and the Junior World Rally Championship will also be represented; where Pirelli was recently confirmed as exclusive supplier. There will be interviews with team principals and drivers on the main Autosport stage, as the WRC is launched in Birmingham for the first time in its history, just two weeks before Rallye Monte-Carlo.
As well as the WRC, there’s a special Ferrari display forming one of the centrepieces of the show this year, with the UK debut of the Ferrari FXX-K Evo: another hypercar equipped with bespoke P Zero tyres, which puts out more than 1000 horsepower.
And, of course, the show wouldn’t be complete without a guest appearance from Birmingham’s most famous son: Nigel Mansell himself. A true legend comes home, surrounded by some of the cars he helped to make famous.
F1 Racing magazine is also lining up a ‘Formula 1 grid’ at the Autosport show, allowing fans to experience exactly what it’s like to take a grid walk. In short, there’s something for everyone – even if you’re not necessarily a hard-core motorsport fan.
Birmingham may be England’s second city after London in terms of size, but it’s number one when it comes to motorsport.