The rookie
and the expert

One has won Le Mans twice, the other comes to Macau for the very first time. Two drivers share their very different perspectives on the epic street circuit at the centre of the motorsport world this weekend 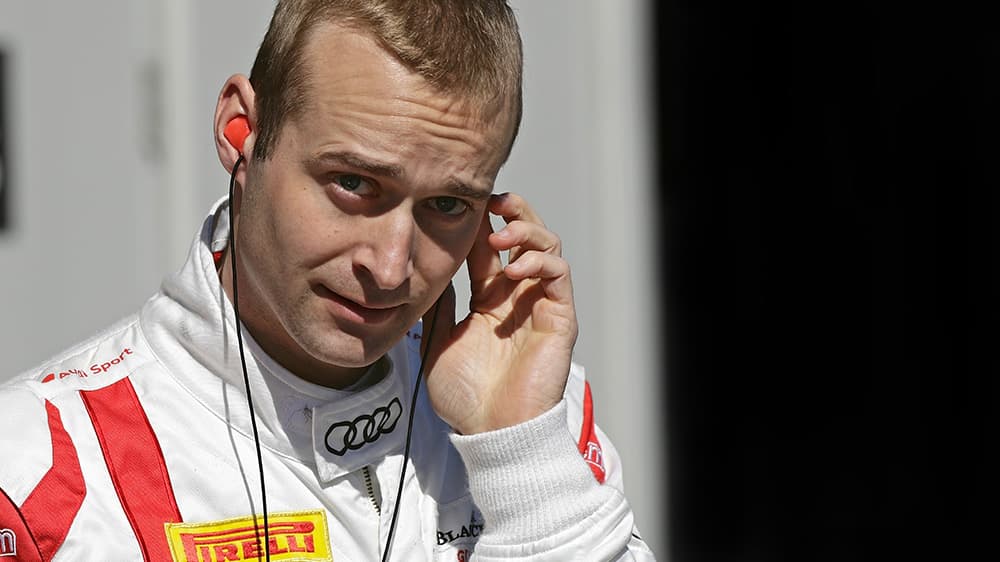 Porsche versus Audi
Macau is arguably the most daunting circuit in the world to come to for the first time. And a bit like peeling back the layers of an onion, it doesn't get any easier the more you do it. There’s a wide variety of drivers at Macau, ranging from experienced hands to complete rookies, but the most famous is probably two-time Le Mans winner Earl Bamber from New Zealand, driving for Porsche.
On the other end of the scale, Audi driver Christopher Haase from Germany comes to Macau for the very first time. So who faces the tougher task?
“Macau is right up there with the best tracks in the world,” says Bamber. “And outside of Formula 1, from a fan point of view, this is the biggest race in Asia. I also reckon that with the barriers and the quality of drivers here, it’s the most challenging street circuit in the world. So however much experience you have, you’ve got your work cut out.”
Bamber came frustratingly close to winning Macau two years ago, crossing the finish line first in a shortened race after Laurens Vanthoor ended up on his roof, bringing out a red flag. But the result was counted from the lap before the red flag – meaning that Vanthoor actually ended up winning.
“I hope we can get that win back this year!” says Bamber. “Two years ago we were right up there, and we’ve still got strong race pace. The plan is to try and qualify up front and see what happens.” As a man who has mastered Le Mans (twice) you’d be brave to bet against him.

Barriers and simulators
German rookie Christopher Haase has more pragmatic expectations, emerging wide-eyed from his Audi after a first taste of the circuit. “If I end up in the top five, that would be a great result for the first time here,” he says. “It’s a very bumpy, very unforgiving track and you can see how things might quickly go wrong.” That’s why most teams take extra bodywork to Macau and reckon on going home with a lot less of it than they brought. If things go particularly badly wrong, you can probably post the car home…
“Even at the Nurburgring Nordschleife, which I’ve raced on many times, you’ve got two or three metres of grass before you hit the barrier that might save you,” points out Haase. “Here, there’s absolutely nothing.”
Although the German had never seen the Macau track until free practice, he had already turned several laps of it before arriving. How so? Thanks to a driving simulator, with which he completed “many hours” of the epic six-kilometre Guia circuit.
“It actually helped me a lot,” he says. “You don’t get the same physical sensations as you do when you’re really driving the car, but it gives you a taste of the track. What it doesn’t prepare you for is the yellow flags and stoppages. When you see a yellow flag you really have to prepare to stop as the track might be completely blocked up ahead. So it’s definitely the sort of place where it takes you a while to build up confidence. And where anything can happen.”

GT3: just as much fun as LMP1
Both Bamber and Haase still rely heavily on other peoples’ experience: also when it comes it getting the best out of the tyres. “The Pirelli tyre seems to work very well round here,” points out Bamber. “It definitely helps that my Manthey Racing team has done the whole Blancpain GT championship, so they know what to do with the tyres as well. There could be a bit of mixed weather though, so we could be taking a look at the wets at some point. You’ve just got to keep working hard and know how to adapt.”
Haase has also competed on the Blancpain GT Series, so he is used to driving on the P Zero DHD2 tyre – which was brought to Macau for the first time this year. “That experience helps, definitely,” he explains. “In terms of grip the tyre feels very similar to what I’ve had all year, and I really like the consistency, but if it’s hot in the race we might have to look after the rear tyres a bit in the last 10 minutes, but nothing dramatic. Equally, it might rain!”
The real drama is reserved for inside the cockpit, with threading a car through the needle of Macau being one of the most thrilling experiences that any driver can have.
Just ask Bamber, who regularly had the privilege of piloting the Porsche 919 Hybrid on the FIA World Endurance Championship: reckoned to be the most sophisticated racing car in the world.
“Driving a GT3 car is just as much fun as the LMP1 car,” says Bamber. “It might not be quite as advanced as the 919, but the challenge is just as big. Any day you get to drive a Porsche is pretty amazing, and this is one of the best of them…”

Read more
Related Stories
The king of
Ferrari Challenge cool
race
Living
the American dream
race
Thinking outside
of the Boxster
race
MOST READ
Jacques Villeneuve,
the rising and setting of the son