Estonia’s first world rally champion, Ott Tanak, is 33 years old today. But he remains as much of an enigma as he always was 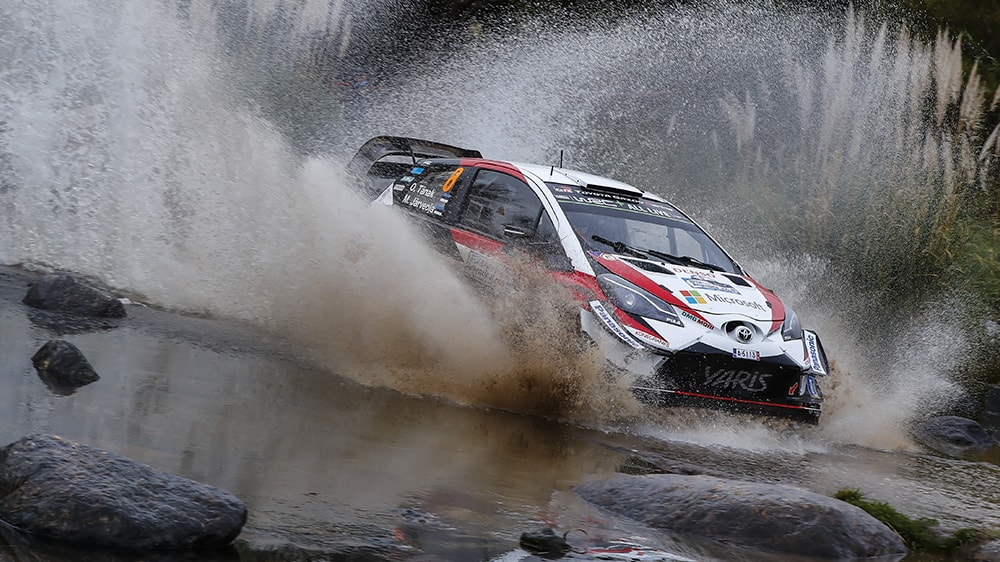 Of all the champions featured on these pages, Ott Tanak is the most recent one, having captured his first world title in 2019. He’s also the one who probably people have heard of least, but he’s happy to keep it that way, despite the fact that he’s actually already got an autobiographical film out called Ott Tanak: the movie.

Facts are worth more than words

Tanak is a complex character, who makes Kimi Raikkonen seem positively loquacious. Not many people really know him, which is fine, as he doesn’t try to be known or liked. He comes from the island of Saaremaa in Estonia, which maybe explains a lot about his outlook: people from there are reputed to be stubborn and headstrong, with a fierce will to get their own way. Those characteristics describe Tanak perfectly, who having won the World Rally Championship title with Toyota last year, decided to move to Hyundai for this year. It’s not been the season he hoped for up to now: he’s won just one rally (in his native Estonia) and started the year with the biggest accident of his career, on the famous Rallye Monte-Carlo.

Throughout his early career, Tanak was mentored by another Estonian rally star, Markko Martin. Martin got to know him well – or about as well as it’s possible to know Ott Tanak. So Martin was the ideal person to ask, a few years ago, about what Tanak was really like when he was at ease with someone he knew, who spoke his own language.

“No idea,” replied a deadpan Martin. “He’s like that in Estonian too.”

A need for speed

One thing that you can definitely say about Tanak is that he’s quick. Blindingly quick in fact. And he learned the hard way where the limits were, by stepping over them. For many years, M-Sport’s team principal Malcolm Wilson was his boss. And they weren’t always easy years, as Wilson had to pick up the bill for a lot of mangled metal. To the point – like many other people – that Wilson eventually lost patience, having run out of ideas to get the best from his wayward Estonian protégé. He’d tried everything: putting his arm around him, shouting at him, ignoring him. None of them made any difference at all. Tanak just did his own thing.

From humble beginnings in Saaremaa, Tanak’s rise to the top of the rallying world has had more rises and falls than a crest-filled stage of Rally Finland. When he first started out in a Volkswagen Golf MkII, his first proper rally lasted just four kilometres before he crashed out. But by the age of 21, he was Estonian champion under the guidance of Martin.

His first big break into the WRC came from the famous Pirelli Star Driver programme. Tanak won a shootout in Austria against some of the best young rally drivers in Europe to earn a six-round programme in the 2010 WRC. In his first event in his bright yellow Pirelli-backed Mitsubishi Evo X in Turkey, he was running inside the overall top 10 when he rolled on the final morning.

Undeterred, he would go on to win the Production category in Finland and Britain later that year. He became known as a Nordic Colin McRae: tremendously fast, but something of a binary on and off switch. It was either win or crash: there was nothing much in between.

Challenging for the Super 2000 title the following season earned Tanak his first chance at the top level with Malcolm Wilson’s M-Sport team for 2013, but he would be dropped at the end of the season. Two years later he was welcomed back to M-Sport, only to be dropped again after a number of crashes: most famously, when his car plunged into a Mexican lake and sank. At that point, he was popularly known as “TiTanak”.

Tanak got his third chance with M-Sport’s factory team in 2017 and, paired with multiple world champion Sebastien Ogier, made the most of it by displaying a new-found maturity. He took a long-awaited first victory in Sardinia and scored another in Germany: winning form that he would take to Toyota the following year.

That relationship lasted for two years, and although he won his first title there last year, let’s just say that not everybody was disappointed when he left. He had an ego on him – the hallmark of any champion – and his interpersonal skills still needed some work. But Tanak’s pragmatic view would be that he wasn’t there to be nice. He was there to win. As one well-known rally journalist put it: “he looks at you like a serial killer.”

And these are the people you tend not to argue with.

Read more
Related Stories
Timo Salonen,
accidental hero
race
New Pirelli Tyres officially supplied to WRC
race
The greatest
rally driver of all time
race
MOST READ
The success of gravel bikes, there is one for every adventure