Motorsport is all about staying power – as illustrated not just by the Spa 24 Hours, but all of Pirelli’s other competition activities 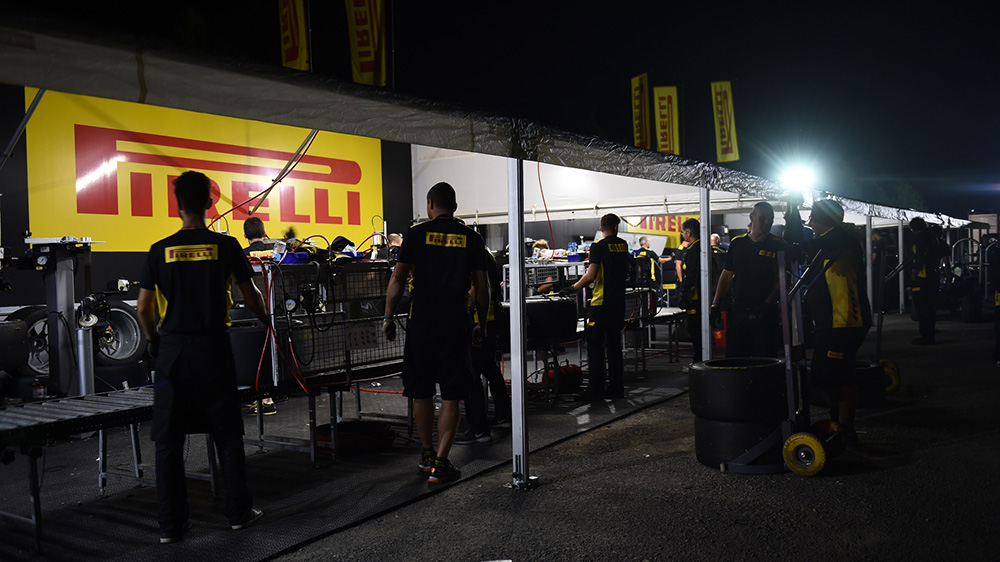 36 hours of non-stop competition
In reality, the Spa 24 Hours should be known as the Spa 36 Hours. Because the fact that the race starts at 4.30pm on Saturday and then finishes at 4.30pm on Sunday is something of a myth. The teams head out for the warm-up at just after 9am on Saturday morning, then the trucks have to be gone from the paddock by midnight on Sunday. In reality, anyone working at the Spa 24 Hours has to be ready for a 36-hour day when they get up on Saturday morning: normally at about 7am, just like any other day.
That’s why you won't find any team members out and about in the villages of Spa, Malmedy and Stavelot (which border the track) on Friday night. Instead, they’ll all be acquainting themselves with the beds that they won’t see again until late on Sunday. During the race, different people have different “sleep strategies”, which are often as meticulously organised as any tactics planned for the race. The lucky ones will have a shift system, which may allow them to sleep uninterrupted for a few hours at a time. But for the majority, it will be a question of sleeping as and when they can between tasks: normally in a chair or on the floor, ready to go again at a second’s notice if the situation demands it.

Wanted: commitment
It’s this sort of commitment that makes motorsport special. Everyone involved in it sacrifices not only their sleep, but also their free time and family commitments, to go chasing the perfection of speed all over the world. With the gaps in the competitive order being so small – after 18 hours of racing at Spa, for instance, the gap between the two leaders was just half a second – the tiniest extra advantage can make a big difference, which leads to an attention to detail that you simply don’t find anywhere else. As one of the well-known journalists in the media centre put it: “There are a lot of things that people don’t understand about motorsport. But the thing that most people probably don’t realise most of all, is just how difficult it is to win.”

Motorsport all around – and of top of – the world
For Pirelli, that level of commitment is going on constantly, all over the world. Visiting the Spa 24 Hours on Saturday night was a large contingent of senior personnel from Pirelli’s Formula 1 programme, which happened to be 200 kilometres across the border in Germany that same weekend (along with the support championships, GP2 and GP3, also exclusively supplied by Pirelli). These people got back in the early hours of Sunday morning: ready to embark on another full day of racing at the very highest level.
In Finland, at the same time, there was the fastest round of the World Rally Championship: a series that Pirelli has been involved in since it was founded in 1973. In Sochi, Russia, there were the ‘Ferrari Racing Days’ supplied by Pirelli, including the Ferrari Challenge. In Queensland, Australia, there was the Porsche GT3 Cup Challenge. That’s without even getting into some of the more esoteric series, including truck racing in Brazil, or the two-wheel championships, such as motocross – again in Belgium. Still in Belgium, Pirelli also supported the Lamborghini Super Trofeo at Spa as well as the GT Sports Club. In total, this meant that around 13,000 tyres were brought to Spa – with a staggering total of more than 20,000 competition tyres used worldwide by Pirelli in just one frantic weekend. All this adds up to a pile of tyres that would actually be higher than Mount Everest. In every sense, Pirelli’s motorsport campaign last weekend was on top of the world.