The freedom of
the open road in Tuscany

The area around Tuscany offers some of the most spectacular roads in the country: as well as the famous Mugello circuit. And one man – Francesco Milicia, the vice president and global sales director of Ducati – likes nothing more than to experience this for himself 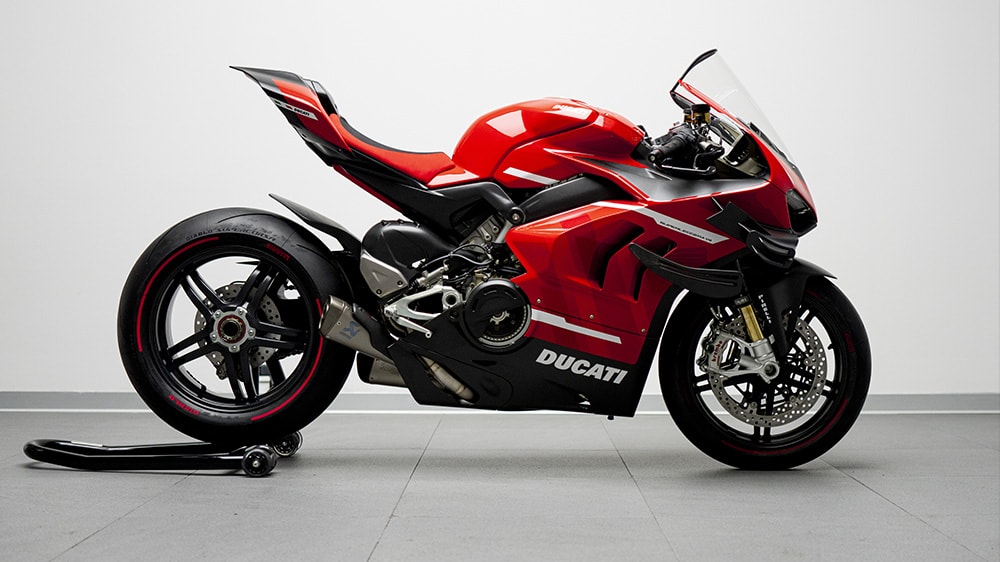 In normal traffic it takes about an hour and a bit to get from Borgo Panigale, near Bologna – the home of Ducati – to the Mugello circuit, not far from Florence. It’s not a boring road of the sort that we will leave to autonomous driver systems when they’re inevitably introduced in the future. In fact it’s the very opposite: a road that gives you thrills and goosebumps, whether you’re into two or four wheels. It’s called the Futa Pass. And so it’s no surprise that that Francesco Milicia Ducati’s vice president and global sales director has been over that legendary pass a few times: mostly on two wheels.

“It’s true,” he laughs. “At Ducati we call it ‘the mother of all roads – and quite often we enjoy ourselves by going there to test out and refine the last few details of our prototype bikes before they begin production.” So which Ducati would Francesco choose to get from Borgo Panigale to Mugello, the latest Formula 1 venue? “I think I’ve done on pretty much all the bikes we produce but if I had to choose one I would say it’s probably the last one that I took there, a few days ago. It’s a bike that we’ll be launching in the next few months so I won’t say anything more for now, apart from the fact that it’s the bike I’ve liked most over the Futa Pass.”

The geography in the area is like a rollercoaster, as anyone who watched the Tuscan Grand Prix at Mugello will know. The Mugello circuit attracted rave reviews from the Formula 1 drivers after its first world championship race, but this isn’t the first time that F1 cars have been there. In fact, it’s been a frequent testing venue, and in 2012 an enthusiastic Mark Webber famously said that 10 laps at Mugello were worth more than 1000 at Abu Dhabi. MotoGP riders have been going there for years of course, and unsurprisingly it’s always been a favourite place for the Ducati riders.

With three wins over the last three years there in MotoGP, Ducati’s red is almost synonymous with the green hills of the Tuscan countryside around Mugello. “Those three wins have all come with three different riders,” adds Francesco. “In 2017 we won with Andrea Dovizioso, in 2018 with Jorge Lorenzo, and in 2019 with Danilo Petrucci. Dovizioso’s win in 2017 really meant a lot, as it was the first time that an Italian rider had won at Mugello on an Italian bike. I went there by bike myself for all three races, always riding over the Futa Pass, and seeing our riders on the podium as the Italian national anthem was played…it was just a great experience.”

But why does Mugello attract such a dedicated fan base? “Lots of reasons, but an important one is the atmosphere that’s there even beyond the race track,” explains Francesco. “There’s also the famous hashtag ‘#almugellononsidorme’: at Mugello you don’t sleep. The Mugello race is like a festival, when those quiet Tuscan hills turn into something a bit like Woodstock for three or four days. It’s just fantastic, impossible to describe in words really.”

His enthusiasm is tangible, and almost as exciting as the latest bike to come out of Ducati’s workshops: the Superleggera V4. It’s a limited edition of 500 models launched in February this year, offering a mind-bending power to weight ratio that’s capable of beating a few competition superbikes, thanks to its entirely carbon structure. This shaves off several kilograms compared to the already bonkers Panigale V4, while adding the finishing touch is an engine that puts out 234 horsepower to shift just 152 kilograms of bike in racing trim. You do the maths. Pirelli, Ducati’s exclusive tyre supplier, has made a specific Diablo Supercorsa SP V3 tyre for the Superleggera V4, with a new sidewall design, a dual compound at the rear, and a racing compound for the shoulder derived from Pirelli’s experience in the world superbike championship.

Francesco adds: “The Superleggera V4 is the culmination of a dream in many ways. It's no coincidence that the accompanying video we put on YouTube is called ‘crafting the dream’. Up to now we have around three million views, which shows you just how much people love the idea. Essentially, the Superleggera V4 is all about the pursuit of excellence with no ifs or buts, which actually re-evokes an incredible period in Italy’s history: the Renaissance. Why? Because we’ve tried to get the very best minds and hands in our factory together to work on this concept. There are so many phases of production in the Superleggera V4 and a lot of the work is still done by hand. All these elements combine to create a unique product: the best road bike that has ever been made.”

That’s quite some claim, but Francesco has obviously had the chance to test the Superleggera V4 extensively for himself, understanding its every intricacy . “It’s a bike that perfectly embodies Ducati’s values: style, sophistication and performance,” he says. “Riding the Superleggera on the track is unforgettable, but if I had to underline one particular thing it’s how easy it is to ride. It’s faster than a ‘normal’ Panigale V4 but actually easier to ride: both because of its lightness – it reminded me of the 125cc bikes I started riding on – and stability, which really inspire confidence. The Superleggera V4 has two aerodynamic appendages at the front, which generate around 60 kilograms of downforce.”

When it comes to riding a bike on track at Mugello, what the most important thing to remember? “Mugello has a very long straight – more than a kilometre long – which is obviously a big test for the engine,” points out Francesco. “At Ducati, we’ve actually got the speed trap record, set during FP3 of last year’s Italian Grand `Prix, when Andrea Dovizioso reached 356.7 kph. There’s a big braking point that provides a work-out for the brakes too at San Donato, but above all it’s a track where you need to ride cleanly.”

And now Formula 1 cars have shown just how quick it is too. Even back in Michael Schumacher’s day, the cars were going round at about 250kph and Rubens Barrichello set an unofficial lap record of 1m18.704s back in 2004 with Ferrari. That benchmark already fell in free practice this year, and it was Mercedes driver Lewis Hamilton who set the new target in qualifying. Hamilton took pole with a lap in 1m15.144s, hitting a maximum speed of 322 kph on the way.

In every sense, Mugello – and the Tuscan countryside that surrounds it – is breath-taking. It doesn’t even matter how you get there. But being on a Ducati definitely helps.

Read more
Related Stories
Walter Villa: the mechanic became the champion
race
Carl Fogarty:
the eyes have it
race
How Giacomo Agostini became the most successful rider in bike racing
race
MOST READ
When the reality is more than we ever expected