The Australian Grand Prix:
full of twists and turns

After making its debut in 1985 as the final race of the year in Adelaide, the Australian Grand Prix moved to Melbourne in 1996 as the first race of the season 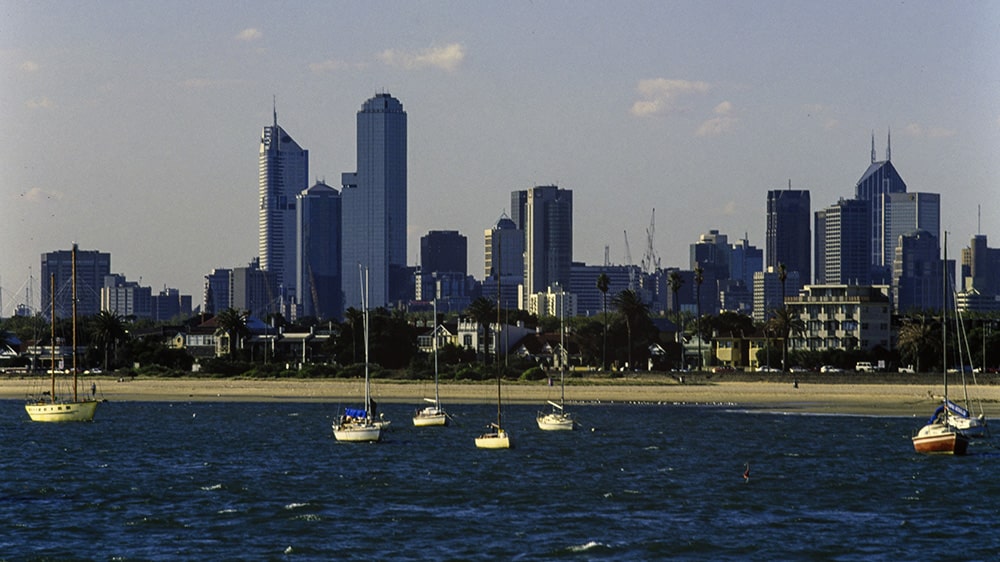 Australia, the land Down Under, often turns everything on its head. That might sound like a cliché, but like all clichés, it’s born from the truth. The start of the season in Melbourne has often delivered events contrary to expectations. But let’s take a look at where it all started. Australia first came onto the grand prix scene in 1985, on the streets of Adelaide: an old-fashioned city that almost looked like it had been imported from the American west, with its brightly-painted little houses, wrought-iron porches, and small, immaculately-tended front gardens.

Back in 1985 it was the final race of the year: Alain Prost had already won the drivers title, while his team mate Niki Lauda (who had scraped to the title a year before, by a meagre half-point) embarked on the final race of his illustrious career. But the three-time champion wouldn’t finish: his McLaren gave up the ghost while he was in the lead. Keke Rosberg would go on to win for Williams.

Niki abandoned his car by the side of the road and walked away. But he wasn’t disconsolate, later remarking: “I actually thought I was lucky. There would be no more risk-taking and I was walking away on my own two legs.”

It was a justified reflection for a man who only nine years earlier had emerged from his fiery accident at the Nürburgring scarred but just about alive, having been given the last rites twice, before making an agonising comeback to the track with his Ferrari in record time. It was almost enough for him to have won the title regardless, just as he had done with Ferrari the year before in 1975. He would go on to win the title again in 1977, then once more in 1984.

Adelaide hosted Formula 1 until 1995, always as the last round on the calendar. But then in 1996 the revolution came: Adelaide left the calendar and Melbourne took its place, thanks to an important economic investment from the state of Victoria. But there was a key difference: this time, Melbourne was the first race of the year. In the past, the title was frequently decided before the drivers even got to Australia. But after securing the prestigious season-opener, there was now a whole new dimension to the race that captivated public interest.

From that point on, the championship got underway in inimitable style. On the other side of the world, continents away from the traditional heartlands of Formula 1 in countries like England, Italy and France. A long, long way from places like Silverstone, Spa-Francorchamps and Monza: historic venues on the calendar. It’s distanced politically too from the headquarters of the FIA (world motorsport’s governing body) and the Formula 1 Group itself. Australia is a law unto itself.

Melbourne is like a green lung, a city that embraces everything carbon-free as well as its abundant parks and flowers. Nature is all over: the city is fortunate to be close to one of the most beautiful and dramatic ocean coastlines in the world. Motorsport comes to Melbourne, but it never intrudes. And that works well for everyone. The Australians enjoy their race with passion, staging an event that for a few days puts Melbourne right in the centre of the world. Tourists as well as F1 personnel such as journalists, cameramen and photographers embrace the cosmopolitan lifestyle that Melbourne has to offer, soaking up the balmy evenings of late March that signify the end of Australia’s summer and present an open invitation for drinks outside, dinner on the beach, and music until late. Always with a smile, and without the omnipresent stress that frequently characterises the European or American lifestyle.

The glamour of Melbourne and scintillating nightlife that characterises the St Kilda district on the oceanfront, alongside the downtown skyscrapers with chic restaurants and picture postcard cocktail terraces, give way on Sunday to a proper race.  A grand prix (preceded by the accompanying practice and qualifying sessions) that puts on a real show. The street circuit snakes around the grass and eucalyptus trees of Albert Park in the heart of the city, providing a genuine sporting and technical challenge. The teams arrive with brand new cars, the competitive order yet to be established. The street asphalt, dirty and lacking in rubber until at least Saturday evening, constitutes a real brainteaser when it comes to finding the right set-up and good grip, with the tyres having to cope with a unique challenge.

There’s a wide variety of very different corners; some slow and one following the lake that is incredibly fast: a corner that really belongs on this track with bona fide pedigree. This is what the drivers have to face throughout a tricky and technical weekend that’s always full of surprises. Twists and turns that dance to different tunes, depending where on the circuit you find yourself. The reinforced concrete barriers just half a metre off the racing line do the rest, adding to Melbourne’s unforgiving reputation that frequently results in unpredictable races.

But winning in Melbourne doesn’t always mean winning the championship. Whoever wins Down Under doesn’t always have the most competitive car for the rest of the year. The nature of the Albert Park circuit is just too different from most of the tracks raced on over the remainder of the season. Yet coming home from Australia with a win already in your pocket means overcoming the first hurdle of the year. A massive challenge, which is so demanding simply because it’s so different to everything else set to follow.

Read more
Related Stories
What we learned from
the first Formula 1 test
race
Lewis Hamilton: here’s why he can become the best ever in Formula 1
race
F1 made it big…
in Hollywood!
race
MOST READ
The Pirelli P Zero trofeo r: to the clouds with the Urus