The tenth season is starting and a new car is debuting –the Huracán Evo, closer than ever to GT3s 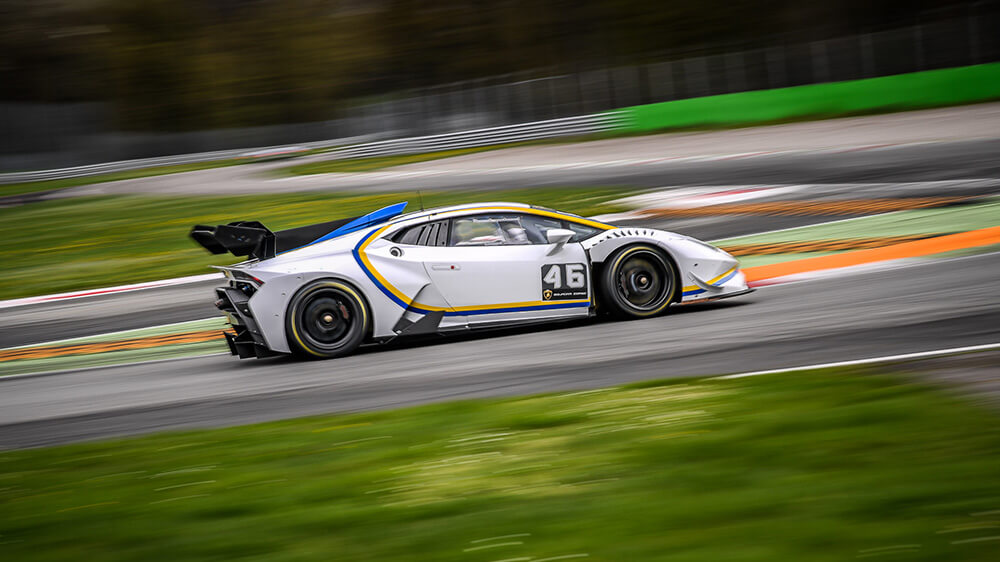 A bullfight called Super Trofeo: Over the past ten years, the Lamborghini single-make championship has gained momentum with fans flocking from all over the world to watch the cars with the bull badge from Bologna race in the various editions in Europe, North America and Asia. The tenth season kicked off in Asia with a racing weekend in Sepang in Malaysia. The European calendar will be opened in Monza. The season will end in Vallelunga with the World Final bringing together crews from all over the world. All under the sign of the bull.

The beginning of the 2018 season is also marking the debut of the Lamborghini Huracán Super Trofeo Evo. Presented last September, it draws inspiration from the previous 2015 model and introduces clever changes that brings it closer to the GT3 world, thanks to an even more sophisticated aerodynamics and a characteristic fin on the rear hood. The 5.2-litre V10 mid-rear engine delivers 620 horsepower and 570 Nm, transferred to the rear wheels only. The decision to forgo all-wheel-drive means that the Super Trofeo Evo can fit wider Pirelli tyres on the back. The all-new body is the brainchild of Lamborghini Squadra Corse, Centro Stile Lamborghini and Dallara. The contribution of the aerodynamics specialist was key to sculpting a body shaped to intensify the fiery character of the engine made in Sant’Agata Bolognese.

The Lamborghini Super Trofeo 2018 is starting. Some numbers confirm the success of the series since 2009: over the past decade, 755 drivers from 59 countries have started and there have been 279 races on 42 different tracks in 18 countries. There is more: 4155 pit stops, 6461 laps, nearly 32,000 kilometres and over 211 hours of races, for a total of nearly 600 track days. And who is the reliable, time-honoured partner of the championship? Well, Pirelli P Zero, of course.

Lamborghini and Pirelli, on the race track and on the road alike. Pirelli has been supplying tyres to the auto maker based in Sant’Agata Bolognese since their beginning in 1963. Cars like the first 350 GT, the Miura in 1966, the Countach in 1973, the Diablo in 1990, the Murciélago ten years later to the current Aventador, Huracàn and Urus have been made during this over half a century of uninterrupted partnership. A special version of the Aventador, called the LP700-4 Pirelli Edition, fitted with coloured P Zero tyres, was created in 2014 to celebrate the long-established collaboration.

The Lamborghini Huracán Super Trofeo Evo, instead, will fit the DHD2 evolution of the Pirelli P Zero, that was introduced this year. By capitalising on the experience of the previous DHD range, Pirelli engineers focused on improving handling in all conditions to enhance the aerodynamics of the Super Trofeo Evo. The development process started on the rear wheels which take all the traction of the V10 and transfer it onto the ground. The goal was to achieve greater stability and expand the range of use in all conditions. Times clocked on the track confirm that the job was well done. In the first tests of the season, Paul Ricard gained three seconds a lap with the new Pirelli tyres. Now it is time to see them in action in a race.