GT racing championships continue to grow in popularity with both fans and competitors worldwide. Several are supplied by Pirelli, such as the Blancpain GT Series across Europe, the Pirelli World Challenge in North America and strong national categories including those in Germany and Britain. But there is another series in the UK that has also thrived: the GT Cup 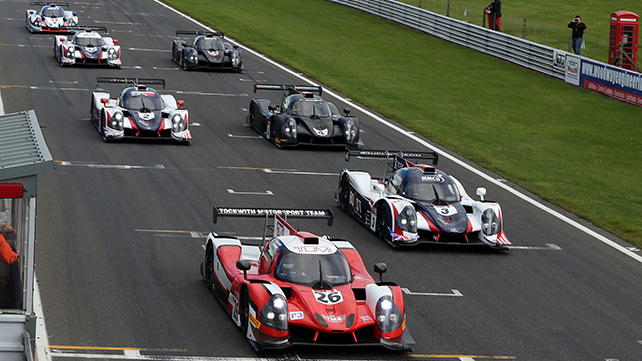 Key to the global take-up of modern GT racing has been the GT3 category, but in the GT Cup, this is just one of the many types of car that can be entered. This helps to create a large grid and a diverse range of machinery: this year a state-of-the-art Bentley Continental GT3 has raced for overall wins against the Porsche 935, a model originally developed to win the Le Mans 24 Hours in the 1970s.

Cars are entered into one of four groups according to their performance level, but cars from different groups often battle with each other too. Furthermore, the overall GT Cup title is awarded according to the points scored in each group rather than outright race results, so a driver from any group can become champion.

This structure is typical of the way GT Cup is operated by its founder, Bute Motorsport, with a clear focus on satisfying teams and drivers. Admitting varied cars means that more competitors can race cars they already have at their disposal, rather than having to acquire those built to a specific rulebook. This helps drivers to compete in line with their budget and experience limitations, while still being able to race for group and overall honours.

In addition to the GT3 and GT4 models found in many GT series around the world, the group structure also caters for cars that were built for one-make series, such as the Ferrari Challenge. Pirelli provides P Zero tyres in a variety of different sizes for the vast array of different models, just like it does as original equipment for some of the most prestigious car marques on the road.

Having already raced in GT Cup in the past, Jordan Witt used the 2016 season to get to grips with a new Bentley Continental GT3, built by the same M-Sport operation that enjoyed World Rally Championship success with Ford and Pirelli with drivers like Colin McRae and Carlos Sainz. With a number of dominant outright race wins during the year, Witt quickly proved he’s ready for bigger things. However, the points system meant he went into the final round with only a three-point lead in the standings over brothers Tom and James Webb, who were similarly strong in the GTB group with their BMW E46 M3 GTR, a model raced in North America earlier this century.

The GT Cup race weekend format consists of two 25-minute sprint races and a 50-minute pit stop race. At the deciding round at Snetterton, Witt and the Webbs remained closely matched through the two sprints with wins in their groups, but the longer race was always going to be harder for both contenders, as the best-performing entries must serve success penalties at their pit-stops. Witt made life even more difficult for himself with a first-lap spin before fighting his way up into the lead. After his pit-stop and penalty, he finished sixth overall and third in his class, enough to secure the title with the Webb brothers finishing fourth in their category.

Not far behind in the overall standings were the two leading drivers from GTA, the slowest of the groups but perhaps the most competitive. Winning it in a GT4-spec Ginetta was Irishman Dan O’Brien, who recently switched to circuit racing after rallying an ex-McRae Ford Focus WRC. He’s been up against 18-year-old Esmee Hawkey, who enjoyed a great first season in the new Porsche Cayman GT4. The GT Cup’s reputation as a great entry route into GT racing was further demonstrated by Sam Webster stepping straight up from karting and taking wins.

The GT Cup is focused around non-professional or ‘sportsman’ drivers but Pro drivers can still play an important role. Many are present as coaches passing on their experience to young or amateur drivers, while some also share the car with a sportsman driver in the longer race. When John Dhillon’s team-mate Aaron Scott went to race in the Le Mans 24 Hours, AF Corse – the same company responsible for all of Ferrari’s factory GT racing around the world – called up Italian GT ace Marco Cioci to share their 458 GT3 in GT Cup.

McLaren is another to have recognised the value of the series. At the end of 2014, it chose the GT Cup as the place to give a racing debut to the 650S Sprint (a track-focused version of the road car) and it has been present on a frequent basis since with its factory Garage 59 team, seeing it as a perfect place for its customer drivers to further their skills. This typifies a key philosophy of GT Cup: an environment that is professional yet relaxed and accessible.

The GT Cup was the brainchild of Bute Motorsport founder Marc Haynes, who sadly passed away recently. Marc was born with syringomyelia, a degenerative spinal disorder, and confined to a wheelchair from the age of five, but he refused to let his disability prevent him from achieving in his life.

He was successful in business, and oversaw the reopening of the Haynes International Motor Museum in 2014. He was also a pioneer on the track, leading the way for many other disabled drivers, competing in the Porsche Classic Championship and a Ferrari 360 Challenge. Frustrations at finding a suitable series in which to race the latter prompted him to create the GT Cup, running it with the philosophy ‘by racers, for racers’.

The series has flourished on Marc’s founding philosophy, and will undoubtedly continue to do so along with the Prototype Cup, Bute Motorsport’s new venture. Created for the increasingly-popular LMP3 category, it is aimed at young or amateur drivers, who have the option to team up with established professionals for the one-hour endurance races. Prior to a full season in 2017, a successful first race was run alongside the GT Cup’s Snetterton finale, won by Tockwith Motorsports with Nigel Moore and Phil Hanson.

Long term Championship Co-ordinator Hannah Wilson was promoted to Director and Race Manager in July, to allow Bute to continue to expand its activities. She will continue to run the company with support from Technical Co-ordinator Phil Boland.  Chris Haynes remains a director of the company, and will be joined by J Haynes. Their objective is to continue Marc’s work with the Bute Motorsport team, and to remain true to the principals and reasons that Marc founded Bute Motorsport.

There has already been clear demand from teams, in particular from United Autosports, already successful with the French Ligier brand in European competition. As the team’s founders include Zak Brown – a man tipped for a role at the top of F1’s management in the near future – it’s significant that it sees potential in the series. There’s lots of interest from drivers too: one of United Autosports’ is Italian Matteo Bobbi, a two-time FIA GT champion and ex-F1 test driver.

LMP3 was introduced as a gateway to the Le Mans 24 Hours, and the Prototype Cup is the first series in Britain dedicated to the class. It is also a new arena for Pirelli, but supplying teams and drivers who dream of competing at one of the world’s most famous races is a great fit given its commitment to prestige and performance.