Sir Stirling Moss would have been 91 years old on 17 September, had he not passed away on a hot Easter Sunday in April of this year. He had been ill for quite a while, despite having recovered from a nasty fall down a lift shaft at his London home, in which he sustained broken limbs that nonetheless healed relatively quickly. And that was more or less his hallmark as a driver: stubbornness and an insistence on going as fast as he could, making the very best of what he had. Giving it everything everywhere, despite an almost unbelievable destiny that in the end somehow deprived him of becoming world champion in Formula 1. 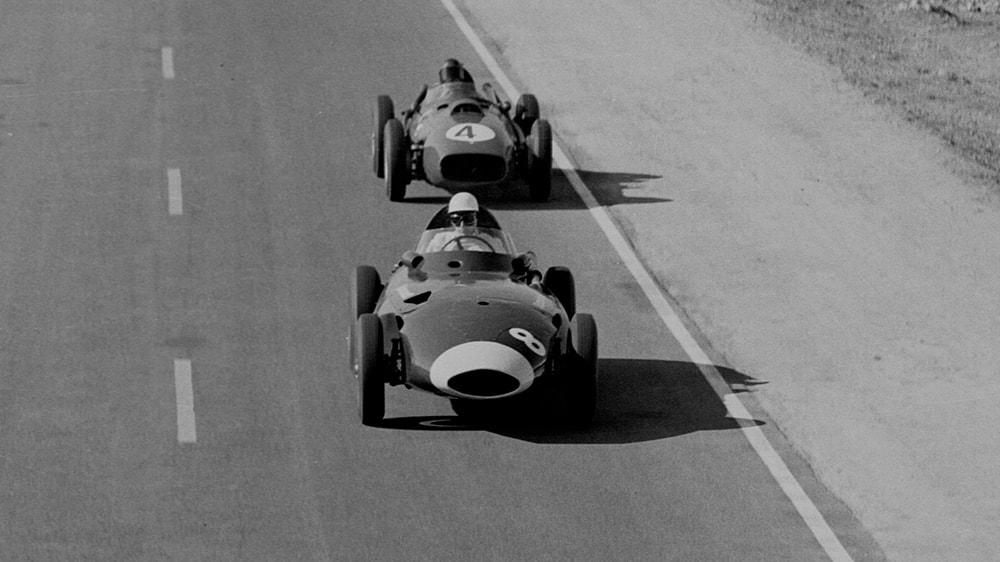 For many years – perhaps most of his life – he was the perennial second-place finisher. He finished second in the F1 world championship four times: in 1955, 1956, 1957 and 1958. Then he finished third over the next three years. Always the bridesmaid, never quite the bride. Yet he was runner-up to the great Juan Manuel Fangio three times out of four, which almost counts as a victory – although that’s not quite how he saw it. The fact that Moss missed out on the world title was only down to series of coincidences and bizarre happenings, most of which would be impossible to reproduce. And the final blow was that Moss still sealed a list of records that would prove hard to equal. He won more grands prix than any other driver who wasn’t a champion, and was one of just three drivers in the world (the other two were Phil Hill and Maurice Trintignant) to have won at least one grand prix with a rear-engined car and front-engined car. To this spectacular roll call of achievement can be added all the other races he triumphed in: not just grands prix, but hillclimbs, endurance races and rallies too. In total, he won more than 200 events, in a spectacular career that ran from the end of the Second World War to the early 1980s.

So who exactly was Stirling Craufurd Moss? First and foremost, he was one of the very few people able to go head-to-head with Fangio – the epoch-defining driver of his day – on equal terms. The first race Moss won was the British Grand Prix at Aintree in 1955, and the Englishman immediately understood that this was not a result that would pass unnoticed. At just 26 years old, he was set for a brilliant future in the sport. That was young for the time; back then Fangio was 44 and fighting for what was to become the third of his five titles. Both of them were driving a Mercedes, the unbeatable W196. Fangio however was beaten to pole at Aintree by two-tenths of a second in qualifying and lost the race by the same margin. At the end, Moss asked his team mate: “did you let me win?” Fangio replied: “No – today you were just better than me.”

Between the two of them there was a sense of the changing of the guard though: a bit like Alain Prost being succeeded by Ayrton Senna, or Senna handing over the mantle of greatness to Michael Schumacher. What remained clear was Moss’s towering respect for his Argentine rival. When once asked what Fangio’s greatest strength was, Moss replied: “I don't know – I never got close enough to find out where he was putting the front wheels!”

Any portrait of Stirling Moss, a man who was always somewhat against the grain, would be incomplete without pointing out a very basic fact: he was British to the core and often snubbed more competitive cars in favour of their British equivalents. ‘It’s better to lose with dignity driving a British car than to win in a foreign car’ he often said.

This point of honour was prevalent in the race that would effectively end his career: Goodwood 1962. Moss was racing in the Glover Trophy, driving a Lotus prepared by his usual mechanic. He suffered a disastrous accident that left him in a coma for a month and paralysed the left-hand side of his body for several months more. He finally got back behind the wheel of a racing car after a year – another Lotus – but it wasn’t the same feeling. Moss decided to call time on his driving career at the top level.

It wasn’t quite all over, as Moss carried on in touring cars right up to 1981. He also continued to follow Formula 1 as a commentator; a role he threw himself into enthusiastically. One of the top Italian journalists, Pino Allievi, asked him once if he could still be bothered to come to the paddock, on the other side of the fence, after all these years. Moss replied laconically: “And where else would I find such a quantity of pretty girls?”

Moss was his own man, largely devoid of political correctness, and that too made him symbolise a certain golden era of racing. For many years, every British policeman’s favourite joke was: “who do you think you are: Stirling Moss?”

When your name passes into everyday vocabulary, it’s a sign that you’ve really made it. Moss was never a champion on paper. But we’re celebrating the birthday of a champion anyway.

Read more
Related Stories
James Hunt,
the other side of Niki’s coin
race
Nigel Mansell:
the lionheart
race
Fernando Alonso:
a man on a mission to win
race
MOST READ
The Pirelli P Zero trofeo r: to the clouds with the Urus