What's the first round of the 2017 motorsport season? Here’s a clue: it doesn’t actually take place on a circuit or on a rally… 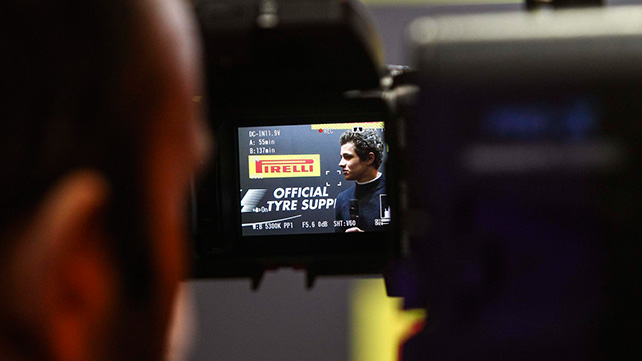 Round one
The Autosport International Show, held every January in Britain’s second city of Birmingham, does exactly what it says on the packet. It’s an international show that is entirely dedicated to motorsport: making it unique within the automotive world. As a result, it’s considered to be the first round of the motorsport season every year.
And it’s inevitable that at any show dedicated to motorsport, Pirelli will play a prominent role – as it’s the tyre company that is most closely associated with high performance motorsport in the world.
A large part of that recognition comes through the rarefied world of Formula 1 of course, which is why visitors to the show – which attracts close to 100,000 people every year – were keen to see the new wider F1 tyres up close and personal for the first time.
But there are nearly 300 other championships that Pirelli is involved in, with the Autosport International Show providing a perfect showcase for many of them. In particular, this year’s show celebrated the British racing scene: regarded by many as the spiritual home of motorsport. With eight out of the 11 Formula 1 teams based in the UK, it's a country that lives and breathes motor racing culture. And that’s evident in the sheer popularity of the show.

Stand and deliver
The Pirelli stand, which hosted a number of display vehicles, an exhibition of the tyre ranges, plus an F1 simulator and reaction game, as well as hospitality and meeting facilities, is a focal point of the show. This year, there was a Ligier LMP3 car on display, which will be the centrepiece of the newly announced LMP3 Cup Championship. This new series, with a calendar taking in all of Britain’s most prestigious circuits, is supplied exclusively by Pirelli and is designed to give drivers their first step on the ladder towards the top of prototype endurance racing, in line with Pirelli’s philosophy of helping young drivers further their careers. In the same spirit, there was a British Formula 3 car displayed as well as an Aston Martin Vantage GT3, as used on the British GT Championship.
A number of special guests dropped in on Pirelli during the show, including some of the brightest up-and-coming stars of international racing.

Lando Norris, who won the prestigious McLaren Autosport BRDC Award last year (and so will receive a test in a McLaren Formula 1 car as part of his prize) was one of the guests, as well as Spa 24 Hours winner Alexander Sims, British GT champion Derek Johnston and GT Cup winner Jordan Witt.
All of them were interviewed on the Pirelli stage by racing driver and vlogger Archie Hamilton, broadcast via Facebook Live with questions submitted by fans. The 25-year-old enjoys a rich heritage in motorsport: his grandfather was none other than Duncan Hamilton, who won the 1953 Le Mans 24 Hours in a C Type Jaguar. Visit Archie’s channel on: https://www.youtube.com/channel/UC2CMXqVmLsmHU4bsaA8Eu0g

Fast and furious
Another visitor was Pirelli’s motorsport director Paul Hembery, who appeared on the main Autosport stage to talk about this year’s Formula 1 season and what can be expected from the new regulations and wider tyres. “I think we’re going to see a few lap records broken this year,” was his prediction. “We have a different brief now, which is to provide less degradation than previous seasons, so drivers should be able to push harder than ever.”
One person who was particularly interested to hear that was Lance Stroll, making one of his first public appearances as a Williams F1 driver at the Autosport Show. Another celebrity in attendance was 1997 world champion Jacques Villeneuve.
But the Autosport Show isn’t just about racing cars and drivers. Instead, the appeal of the show is its sheer variety. As well as catching an autograph from F1 stars, you could see some McLaren supercars being driven sideways in the live action arena, have a go in Pirelli’s F1 simulator, or even buy a race-prepared Porsche 924 at auction that was formerly driven by Richard Hammond of Top Gear fame. There was truly something for everyone – which is exactly why the Autosport International Show can be considered to be the first round of the 2017 motorsport season. Whatever you happen to be into.