The shortest pre-season in recent memory is already over, with three days of Formula 1 testing in Bahrain, which will also host the first race of the season. So what did we learn from our first look at the 2021 cars? 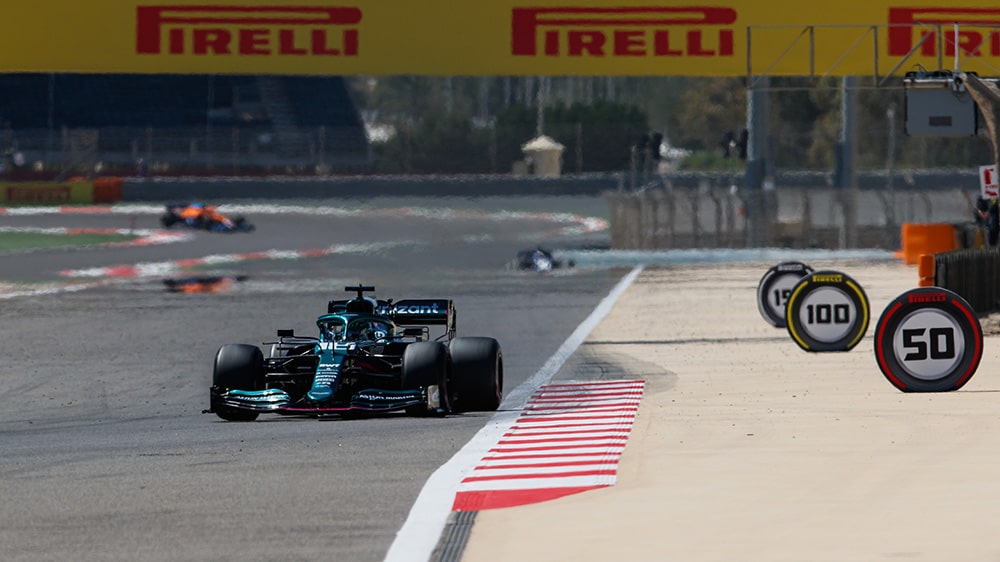 1. THE COMPETITIVE ORDER IS HARDER TO PREDICT THAN EVER

Not only is there less information than everybody had before, with just three days of running, but it’s also less representative information, as the first day was almost wiped out by a sandstorm. Then there were constantly shifting winds, which have a massive effect on a modern Formula 1 car. The raw times show Red Bull on top, but there’s rarely been a direct correlation between who goes fastest in testing and who wins the championship. And it’s very unlikely that Mercedes has lost much of their previously-dominant pace. So this actually makes working out who has a real advantage harder than ever. The truth will only come out on Saturday in just over a week, at the first qualifying session of the year.

For proof, look at the stand-out performance of AlphaTauri’s Japanese rookie, Yuki Tsunoda in Bahrain. He had no real experience of Formula 1 whatsoever, yet was quickly able to adapt himself to the car and tyre package – whichever new compound he was running – to the extent that he clocked up a remarkable second-fastest time on Sunday, despite having to learn all about race simulations as well. He said he found the transition from Formula 2 to Formula 1 and understanding the new tyres reasonably straightforward, despite the fact that there was a lot to get used to.

3. FERNANDO ALONSO HAS LOST NONE OF HIS SPEED

Despite a rapidly-approaching 40th birthday (in July) and titanium plates in his jaw that will need to be removed at the end of the season, Fernando Alonso hasn’t lost any of his speed or determination. He was actually quicker than his much younger team mate Esteban Ocon and drove his new Alpine – in similar blue colours to those in which he won his championships – like he had never been away, putting down a marker as team leader in a car that looks competitive. Expect to see the Spaniard on top form this year.

Perhaps the best-looking car was the new Aston Martin, whose British Racing Green livery was stunning – especially under the floodlights. British Racing Green actually dates back to 1903, when Britain’s cars in the Gordon Bennett Cup were painted green in deference to host nation Ireland, but more recently green was seen in F1 with Jaguar Racing until 2004 (before the team became Red Bull, so in some ways it’s a return home now for Sebastian Vettel) and Caterham until 2014. Aston didn’t set the time sheets alight in Bahrain – but there’s no advantage to showing your hand in testing.

5. THIS WILL BE A YEAR OF TRANSITION

Apart from McLaren, which has installed a new Mercedes engine, none of the cars are radically different this year: the final season of the current regulations and 13-inch tyres. So there’s a real sense of change in the air, with many teams already focussing on 2022, and some big names – including Lewis Hamilton – out of contract at the end of this year. With the trial of new concepts such as sprint races and even talk of new teams in future, the 2021 season will be all about transitioning from the current era into a new (and Covid-free) beginning with new rules in 2022.

The most hard-hitting piece of news to emerge over the testing weekend was nothing to do with what happened on track: instead it was the death of Formula 1 legend Murray Walker, aged 97. Perhaps the most famous commentator of all time was honoured with a series of tributes, and nearly every driver shared a special memory of him. Murray, known as ‘the voice of Formula 1’ may be gone, but he will never be forgotten.