The Silverstone circuit is steeped in history and legend. This year, Pirelli helps to commemorate another British legend 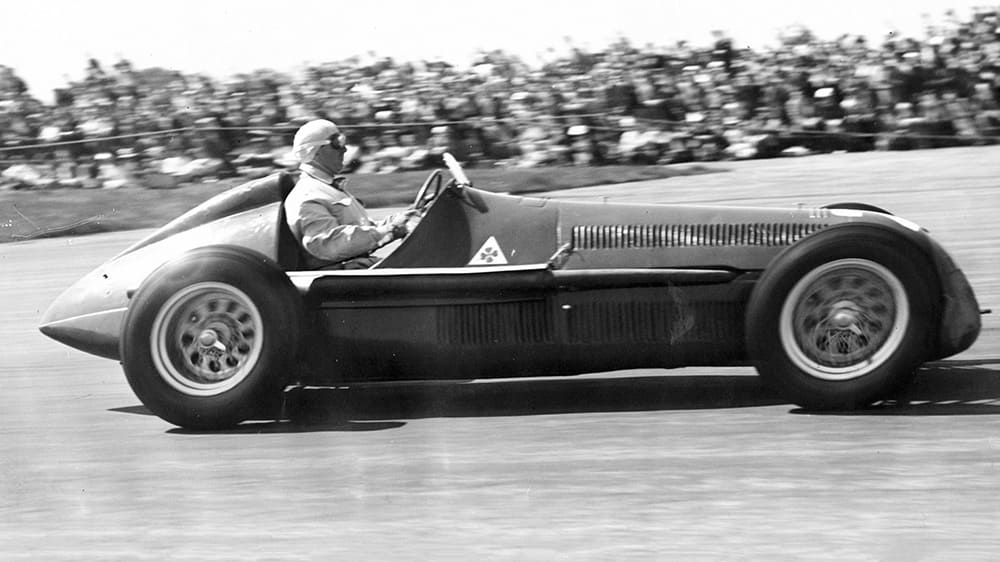 Silverstone is synonymous with history. Probably because – while far from being the oldest circuit on the calendar – it’s where the world championship first began. The track itself was simply a case of form following function: Silverstone started off life as a military airfield, with the track originally following the perimeter road around the runways.

That history is still evident in many of the names that describe the features of the track, such as the Hangar Straight: a reminder of of the aircraft hangars where the Royal Air Force planes were parked when not in the air. The airfield itself was commissioned in 1943, and another straight – the Wellington Straight – commemorates the giant Wellington bombers that were stationed there.

Over the years, the track has evolved considerably, but the essential shape of the lap always remained roughly the same. Right up to 2010 that is, when a new section of infield track was added, before the main paddock was also moved the following year.

The redesigned ‘Arena’ layout broke up the traditional rhythm slightly but left the famous Maggotts and Becketts complex untouched: two corners that put some of the highest energy loads of the year through the cars and tyres.

That sequence of corners doesn’t look like much on paper: just a squiggly line more than two corners. But it hides a sensation that the drivers say is like few others in Formula 1: a piece of track that helps to make Silverstone truly a lap of the Gods, where bravery, aerodynamics, and grip somehow combine to tease the limits of adhesion.

That legendary succession of corners is captured not only the track map, but also on this year’s trophies that will be handed out to the drivers who on the podium. The trophies have been commissioned by Pirelli, which is the title sponsor of the British Grand Prix. One of the privileges of title sponsorship is being able to choose the trophies awarded at the end of the race – and Pirelli has selected three trophies in the shape of a lap of Silverstone (in varying sizes: the regulations stipulate that the winner’s trophy has to be the largest one).

Made out of precious metals, these trophies will be a stand-out addition to any cabinet for those lucky and brave enough to receive them. However, there’s another special aspect to these trophies that will only be evident once they are handed over...

Walker, who passed away at the beginning of this year, was revered as the archetypal Formula 1 commentator with his own inimitable style, having initially started his career commentating on motorbikes alongside his father Graham, before moving onto cars.

Over a television career that lasted for several decades, Walker witnessed all the highlights of the sport and forged a very close relationship with many of the leading drivers, who respected and loved him in equal measure. For many years, he formed a double act with 1976 world champion James Hunt on the BBC commentary team, who moved into broadcasting after he stopped driving.

Even though Walker had stopped commentating full-time in the early 2000s, he was still an occasional visitor to the paddock: especially at Silverstone, his home circuit.

That’s why there will be a special inscription on each of the Silverstone trophies this year that will commemorate his life and work.