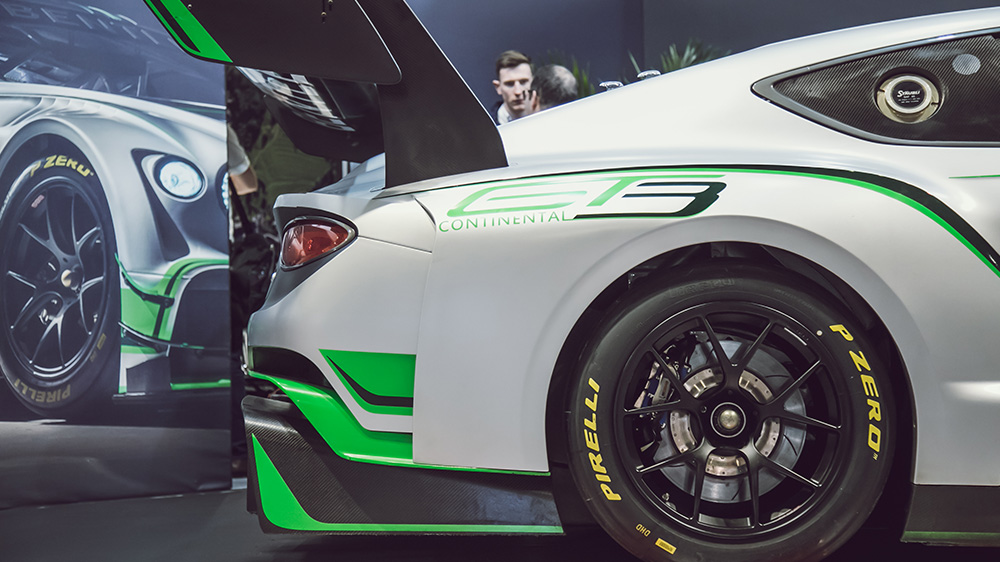 Forza Ferrari
There are racing cars – lots of them – packed into a series of exhibition halls so vast that it entails the sort of distances regularly covered by cross-country skiers to get around everything.
And as well as the physical benefits of a comprehensive work-out, the joy of a visit to the Autosport International Show in Birmingham is that you get to see the sort of cars close-up that you don’t find anywhere else.
The hardest part is picking a favourite. But for many people – especially those who would class themselves as tifosi – the Ferrari SF70H Formula 1 car was the centrepiece, which won five grands prix last year courtesy of Sebastian Vettel. It’s an intimidating package of menacingly wide redness, helped of course by the bigger Pirelli tyres introduced for the 2017 season.
Ferrari officially came to the Autosport International Show for the first time this year, and the most successful Formula 1 car they brought was the legendary F2004 from – yes, you guessed it – 2004. In the hands of Michael Schumacher and Rubens Barrichello, it racked up an incredible 15 grand prix victories (not to mention 12 pole positions and 14 fastest laps) that year.
But the show wasn’t just about Formula 1: in fact, there were many more cars with roofs and windscreen wipers than without them. If you could just drive away one? How about the Ferrari FXX-K Evo, which features a 6.3-litre V12 that delivers 837 horsepower, plus an electric motor that gives you another 188 horsepower? That will do nicely.

A touch of British class
Autosport is of course a British show, which has been going for more than 28 years now, and so you expect to see a few British cars. Maybe the best one was the brand-new Bentley Continental GT3, which will compete on the Blancpain GT Series this year. It takes all the assets of the existing title-winning Continental but improves on them underneath a dramatic new bodyshell, which very much represents a modern ‘gentleman’s express’.
The racing Bentleys are built by M-Sport in England, which also produces the Ford Fiesta World Rally Car.
Rallying was very much a feature of the Autosport International Show this year, as for the first time the World Rally Championship was launched at Birmingham. Reigning World Rally Champion Sebastien Ogier opened the show for the media day on Thursday, before joining his colleagues from every WRC team as the championship was presented. There was Ford Fiesta R5 rally car on the Pirelli stand as well – which some lucky driver is going to win next year.
That’s right: Pirelli is sole supplier of the Junior World Rally Championship this year, which represents the world’s ultimate ‘win a car’ competition. Claim the Junior world title this year and you get given a Ford Fiesta R5 car next year. There’s no catch and you don’t even have to fill in a tie-breaker in 30 words or less…

Birmingham’s finest
Perhaps the biggest hero to come from Britain’s second city is Nigel Mansell: also known as ‘Il Leone’. Mansell – now bereft of his trademark moustache, but thankfully with his equally characteristic bushy eyebrows intact – opened the show during the weekend, pursued by a crowd of admirers. To his motorsport fans can now be added aficionados of sorcery, as Mansell has (believe it or not) reinvented himself as a magician. He demonstrated some of his skills – which alarmingly involved fire – on the main Autosport stage. Could that be what happened to his moustache?
More visitors to the stage included Pirelli’s very own head of car racing Mario Isola, as well as other motorsport personalities such as Tommi Makinen, Emanuele Pirro, Gil de Ferran and Billy Monger.
For Monger, the teenager who lost both his legs in a horrific Formula 4 crash last year, the Autosport International Show was an emotional occasion: the first time that he had driven a car in public since his accident. Monger drove in the live action arena: the part of the show where cars actually take to the track, in a varied hour-long demonstration of races and displays hosted by Sky UK Formula 1 presenter David Croft. Monger drove a Jaguar F Type in a stunt show – but his aim is to return to single-seater racing soon.

Something for everyone
Of course, it wasn’t all about glossy international racing series. The mixed-up variety of the Autosport Show is always its biggest strength: Ginetta launched its new LMP1 car, with which it aims to win Le Mans, while Jaguar also revealed its spectacular new GT4 machine, but there were also more unassuming stock cars, go karts, dragsters and historic cars – as well as Robo Racer: a full-size remote-control racing car that even dispenses with the services of a driver. Intriguing, but hopefully not the future of motorsport. The Pirelli stand included a classic Porsche 356 and also a British Superbike. There was truly something for everyone.
Perhaps the best bit of all was the car auction, which takes place at the Autosport International Show every year. It’s great to look at all the cars on display of course, but how much more satisfying would it be to take one home? There were classic cars on sale to suit all budgets, from Gerhard Berger’s 1984 BMW 635 touring car (worth around £250,000) to a more modest 1980 Saab 99 Turbo (worth around £12,000). You could even bid on what was probably the world’s cheapest Lamborghini for roughly the same amount. Only problem is that we’re talking about a Lamborghini 2R tractor, from 1962…

Read more
Related Stories
The show must go on
race
When the stars
come out at night
race
10 best street circuits in the world
race
MOST READ
Jacques Villeneuve,
the rising and setting of the son