Sebastian Vettel: a world champion with a polarised career

After four consecutive titles with Red Bull, there was a complex and unlucky marriage with Ferrari, which coincided with the dominance of Mercedes in the hybrid era 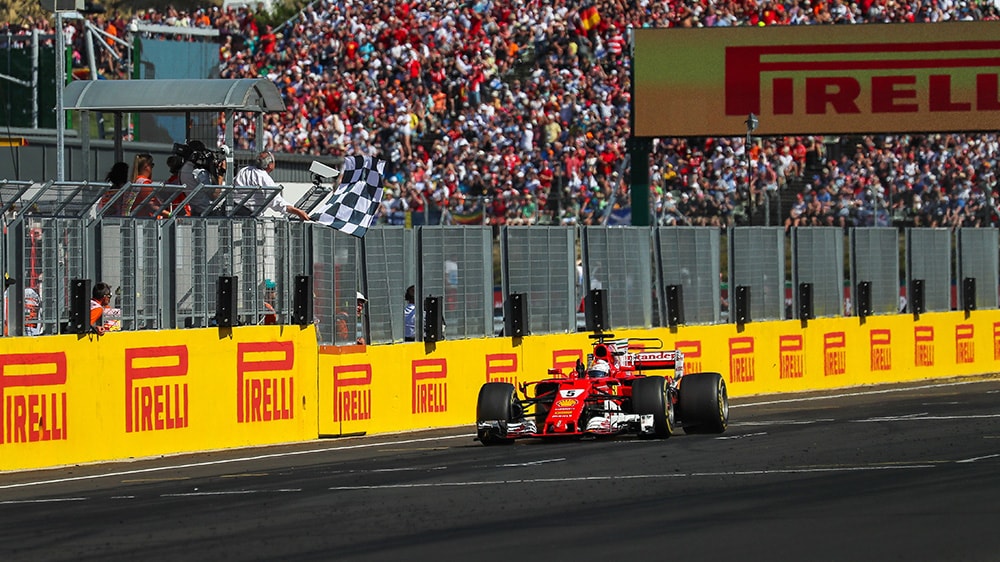 Two worlds and two different lives almost. Had Sebastian Vettel’s career finished at the end of 2013, it would have been truly meteoric. At the time, with his fourth title just in the bag, his roll call of achievement would have looked like this: 39 wins from 120 races. That would have been the stuff of four-wheeled legends. But then came the next chapter, with 120 other grands prix raced and only 14 wins, bringing the overall total to a more modest 53 wins from 240 races. Impressive numbers still, but no longer ground-breaking.

And this shift can’t only be down to the relative performance of his Ferrari, with which Vettel has won 14 races since arriving in Maranello at the beginning of 2015. His 2014 season, still with Red Bull, was already off colour. The car never dominated as it had throughout the previous four seasons: there were three wins that year, but they all went the way of his new team mate Daniel Ricciardo. And at the time, Mercedes was firmly en route to the top of the class in the new Formula 1 hybrid era.

Vettel was born in Heppenheim, Germany, on July 3, 1987, and was soon compared to Michael Schumacher. He too was German, and also began his career aged eight in karts. Both drivers were stellar throughout their early careers, and Schumacher – who was by then already a double F1 world champion with Benetton – started to follow Vettel with interest as the younger German rose through the ranks of karting. From there, the pace was upped considerably: Vettel went to Formula BMW in 2003 and then took the title the following year, thanks to 18 wins from 20 races. He hadn't yet turned 18 by 2004, which meant that he didn’t even have a road car licence. Norbert, Vettel’s father and indefatigable fan, was forced to drive the family car all by himself from event to event.

In 2005 Vettel made his debut in the Formula 3 Euro Series, where he was fourth, but crucially he had the opportunity to try the Williams-BMW FW27 F1 car in a private test: his prize for having won Formula BMW the year before. In 2006 he finished second in the Euro Series and took his first steps in Formula Renault 3.5, where he won the first race the following year. But Formula 1 was calling him: Vettel remained on BMW’s books and at the 2006 Turkish Grand Prix at the end of August he found himself at the wheel of a BMW-powered Sauber for the second free practice session – where he went fastest. At Monza two weeks later, it was the same story. Sauber confirmed him as their permanent test driver the following year, but in a twist of fate, Robert Kubica was injured in Canada, already handing Vettel his grand prix debut in Indianapolis. A clean and mature drive netted him eighth overall and his first world championship points.

And that’s when Red Bull first entered his life. Vettel’s solid performance in America did not pass unobserved and Toro Rosso – the satellite team of the Austro-British squad – offered him a seat to replace Scott Speed for the final part of the 2007 season: an American driver who despite his promising surname left F1 never to return.

At the 2007 Japanese Grand Prix, two sides of Vettel’s future destiny first presented themselves. In torrential rain, he came within an inch of the podium, showing massive confidence in the wet until being taken out by Mark Webber (driving for Red Bull) under the safety car. Vettel returned to the pits in tears, but at the following Chinese Grand Prix he sealed an excellent fourth place that earned him a permanent position in Toro Rosso for 2008.

That was to be Vettel’s breakthrough year. His magisterial drive at Monza, again in monsoon-like conditions, gave the German his first career victory: the first and only one for the former Minardi team. Not only that, but Vettel claimed the record for being the youngest-ever grand prix winner, at 21 years and 73 days. That record would be removed from him by Max Verstappen at the 2016 Spanish Grand Prix, which the Dutchman won at the age of 18 years and 228 days. But the job that Vettel did at Monza would take him next to the main Red Bull team, where he joined Mark Webber. The results went from strength to strength: in 2009 Vettel claimed two wins, four second places and three thirds, finishing runner-up in the championship to Jenson Button, whose Brawn GP was unbeatable throughout the first half of the season.

The rest has gone down in history. Vettel claimed his first title at Abu Dhabi in 2010, making the most of a tactical error from Ferrari to deprive Fernando Alonso of the title, thanks also to a perfect strategy from Red Bull and a sprinkling of luck. The German duly became the youngest-ever world champion (at 23 years and 134 days old – a record that still stands) and successfully defended his title in 2011, courtesy of  another superlative car from Red Bull. His third title was won in 2012 following one more duel with Alonso (despite being handicapped by a couple of incidents that weren’t his fault) and a fourth title was clinched in 2013. Vettel’s progress was seemingly inexorable: in four years he managed to score 448 points more than his team mate Webber, which put him on course for real stardom.

Nobody had ever won four titles in a row apart from Fangio in the 1950s and Schumacher with Ferrari in the early 2000s. These are exceptional numbers, which is why Vettel was soon marked out as one of the sport’s all-time greats. But in 2014, things went in a different direction, when Formula 1 embraced the hybrid era. This put Mercedes on top of the tree (from which it hasn’t yet climbed down) while Vettel didn’t even win a race. His team mate Daniel Ricciardo won three however, making the Australian de facto number one at Red Bull.

As a result, Vettel completed his move to Ferrari, taking the place of Alonso, who had gone to McLaren. We all know what happened next. A total of 14 race victories to date with the Prancing Horse never really brought him close to winning the title. Five wins each in 2017 and 2018 only ensured a pair of second places to Lewis Hamilton in the championship. Nothing more. And today, on July 3, 2020, Vettel celebrates – if that’s the right word – his 33rd birthday in Austria, where the most disrupted world championship in history gets underway again. It will be the very last season for him with Ferrari, which next year will partner Carlos Sainz Junior with Charles Leclerc.