Russian stars
aim for the sky

Russia may be relatively new to Formula 1®, but the country has produced several drivers of note over the years – both on and off the race track 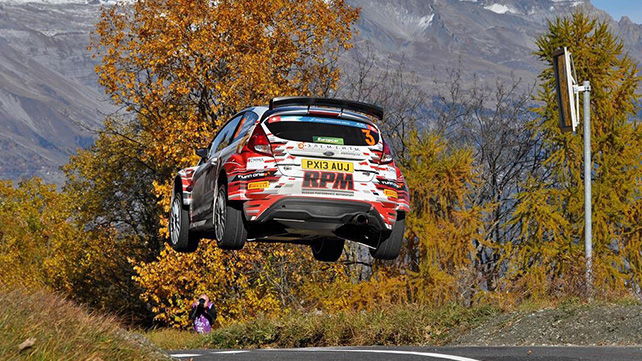 A grandstand performance
Vitaly Petrov – known as the ‘Vyborg Rocket’ in deference to his home town close to the Finnish border – was the first Russian driver to burst onto the Formula 1® scene, competing with Renault in 2010 and 2011 before switching to Caterham for the 2012 season.
He faced an uphill struggle to get into the sport, as when he was growing up in Russia, there was no real domestic motorsport scene for prospective drivers to cut their teeth on.
In fact, he didn’t drive anything at all until he was 14, with his introduction to motorsport coming through local ice races.
But Petrov’s legacy to Formula 1®, and Russian motorsport in general, goes far beyond the 64 points, one podium, and one fastest lap he recorded during his three years as a grand prix driver.
Instead, he showed the world that it was possible – and indeed important – to have a Russian driver at the top level of the sport.
During the time that Petrov was in Formula 1®, Red Bull signed Daniil Kvyat to its Junior Team, and the younger Russian has stayed in the Red Bull family ever since, despite a few blips. That may never have happened had Petrov not put his country on the F1® map.
Recognising Petrov’s pioneering achievements, the Sochi organisers have named the Turn 2 grandstand after him this year.
“I’m incredibly grateful for the honour that’s been shown to me,” said Petrov. “This is a really significant event in my life! My grandstand is on one of the most exciting places on the track: at the end of the straight on the entry to the corner. There’s a great opportunity to see some overtaking there.”
Overtaking is something that Russian drivers do very well (both on and off the race track). The next generation is represented by Artem Markelov, winner of the Formula 2 feature race in Bahrain, who overhauled a 10-second deficit after the pit stops to fight his way into the lead, and state his case as the next Kvyat.

Desert Tsar
But while Russia’s arrival in circuit racing is a comparatively new development, there’s one discipline they’ve been dominating for years. It might surprise you, for example, to learn that a Russian driver has won one of global motorsport’s most famous events no fewer than seven times.
And that man is Vladimir Chagin. He won the truck category of the Dakar Rally in 2000, 2002, 2003, 2004, 2006, 2010 and 2011: sharing the Dakar record for the most number of wins in one category with France’s Stéphane Peterhansel. Chagin, known as the ‘Tsar of the Dakar’ was so dominant that he claimed nine out of a possible 14 stage wins when he won in 2010: another all-time Dakar record that still stands now.
On each occasion, he drove a Kamaz truck: heading up an all-Russian superteam that is still the squad to beat in the harsh conditions of the Dakar. And although he’s retired from driving now, he’s still heavily involved as the team director. Like many of his countrymen, Chagin is sparing with his words when asked about his success. “Lots of preparation. Good equipment. Perfect team work. That’s the main thing.”
He’s not joking about the preparation either. Kamaz has a dedicated training camp in Kazakhstan (not far from the Baikonur Cosmodrome, where the Russian space programme is based) specifically for the Dakar, designed to replicate some of the obstacles the team will face. The trucks and drivers are tested here until they break, then they’re patched up and sent out to try again. This is one of the keys to Russian success in motorsport. An unrelenting work ethic, and the perseverance to keep going until you succeed.

Flying high
Two other rallying stars also stand out from Russia, both of whom have driven with Pirelli. And they are equally known as possibly the most spectacular drivers ever to have taken to the stages. Check out the photos: they’ll give you a clue. One of the youngest drivers to have competed in the World Rally Championship was Evgeny Novikov: the man capably demonstrating on Rally Finland that you don’t need a Cosmodrome for an attempt to go into orbit, only using a Citroen rather than a sputnik.
Novikov began driving on rallies in Russia before he was old enough to have a driving licence, which wasn’t exactly an official arrangement but seemed to work well in any case. Sadly, his WRC funding eventually ran dry, but it was fun while it lasted.
Still competing now is Alexey Lukyanuk, who has finished runner-up in the European Rally Championship for the last two years – and is determined to go one better this season. He too regularly emulates the exploits of his country’s brave cosmonauts, basing his tyre conservation strategy on the principle of keeping them as far away from the road as possible. To watch, Lukyanuk is pure Colin McRae: bravery and talent in abundance, but with the occasional tendency to push things a bit too far. And that’s why spectators love him.
While there was never a structured circuit racing scene in Russia until recently, there have always been thousands of kilometres of untrammelled gravel roads: which is how Chagin, Novikov and Lukyanuk all learned their art. And, of course, Petrov too: as well as ice races he also took part in gravel rallysprints as a youngster. The “Vyborg Rocket” didn’t even look at a single-seater until he was nearly 20…