Once a blustery airfield that belonged to the Royal Air Force, Silverstone is now the ‘home of British motorsport’ – as well as being the cradle of Formula 1 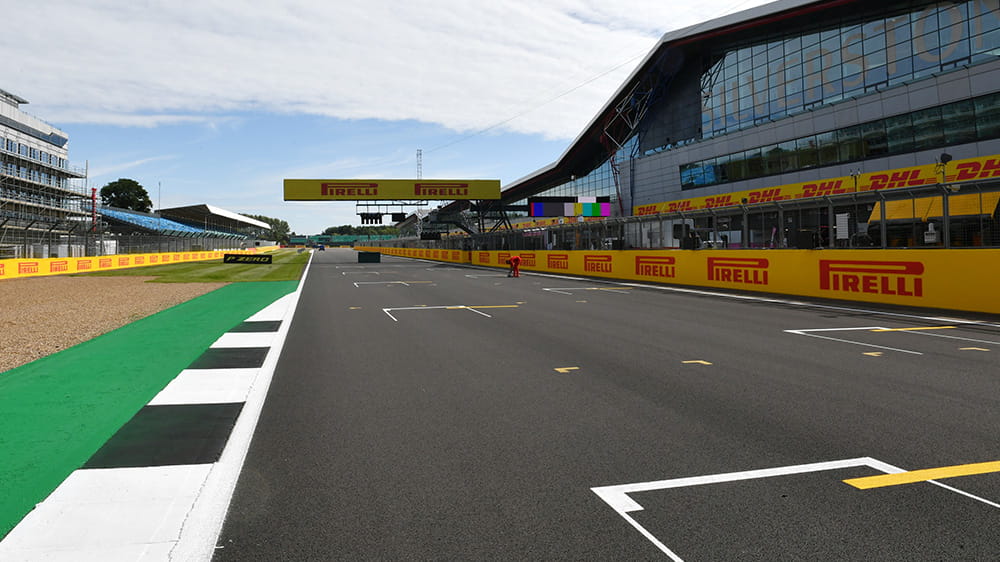 It’s quite strange to think that Formula 1 is actually 70 years old now. In May 1950, when Silverstone hosted the first race valid for the world championship, Europe was just emerging from the ravages of the Second World War. On the former runways belonging to what used to be a Royal Air Force base, several important military operations had been launched to try and quell the rise of Hitler within Europe, with Britain successfully avoiding the dictatorial grasp that he was desperate to impose.

But when the dark days of war were finally over, Great Britain – like every other nation liberated from conflict – was keen to get back to something resembling a normal life. So those runways soon found another use, now that they were no longer needed for Wellington bombers. The addition of hay bales soon marked out a rudimentary race circuit, and these were the humble beginnings of the track that now celebrates the 70th anniversary of the Formula 1 World Championship.

From 1950 up to now – including both of this year’s races – Silverstone will have hosted world championship grands prix 55 times. Leaving aside five races run at Aintree (each odd-numbered year from 1955 and 1961, plus 1962) and 12 at Brands Hatch (each even-numbered year from 1964 to 1986) every race weekend has been run at Silverstone. And Silverstone is no ordinary track, as it’s extraordinarily fast. Before the latest complex section was added – a new loop of tight and technical track just before the start-finish straight, cutting into the old infield – Silverstone was shaped a bit like a boomerang.

It was essentially just a series of six straights, in parallel groups of two, connected by a series of corners: at least three of which are super-fast. Even back in 1987 Nigel Mansell won the grand prix (after an astonishing fightback against his Williams team mate Nelson Piquet) at an incredible average of 235kph, also setting the lap record at a head-turning average speed of 246kph. The day before, Piquet had grabbed pole position at an average of more than 256kph.

That was back in the era of turbocharging, which – even with restrictors – still helped engines put out more than 1000 horsepower. And then gradually more and more limits were put in place: turbos were restricted further and then banned entirely. Circuits all over the world were slowed down and all the really dangerous corners were taken out, replaced instead by chicanes that made every race more of  a stop-and-go affair. Silverstone didn’t quite escape entirely unscathed but even now, with a few slow corners that weren’t exactly in its DNA 30 years ago, Silverstone still delivers pole positions at average speeds that exceed 250kph. That’s because of the massive top speeds on the straights and some corners that are taken at more than 270kph.

The weight of history

Silverstone wears its weight of history proudly. The fans – some of the most enthusiastic and knowledgeable that you will find anywhere in the world – know this only too well. Adults and children regularly come to camp over the British Grand Prix weekend turning it into a mini-festival: tents and caravans and barbecues and beer, unconcerned about the rainstorms that sometimes vent their fury over the Northamptonshire countryside. Even Oxford, only a few miles away, and Birmingham – Britain’s second city, about an hour’s drive from Silverstone – can’t compete with this annual automotive tradition, based around the track and its surrounding picturesque villages. It’s much more than just a race.

This year the party looks a little different because of the social distancing measures imposed by Covid-19. The global pandemic ravaged this year’s Formula 1 calendar, but Silverstone was one of the first circuits to try and help out, stepping up to offer two races immediately. Only one other country will host more this year: Italy, with its grands prix at Monza and Mugello (on September 6 and 13 respectively) as well as Imola, which returns to the F1 world championship on November 1. So it’s probably not a coincidence that England and Italy are the two exact countries that have hosted the most grands prix in the sport’s history: 70 each (up to the end of 2019). It’s all about the passion, after all. And whether there are spectators or not, Silverstone is one place that you can always find it.