Rallylegend,
the best on display

It is now a tradition and brings together the cars and the drivers that together have built rallying history. And Pirelli, as always, was there 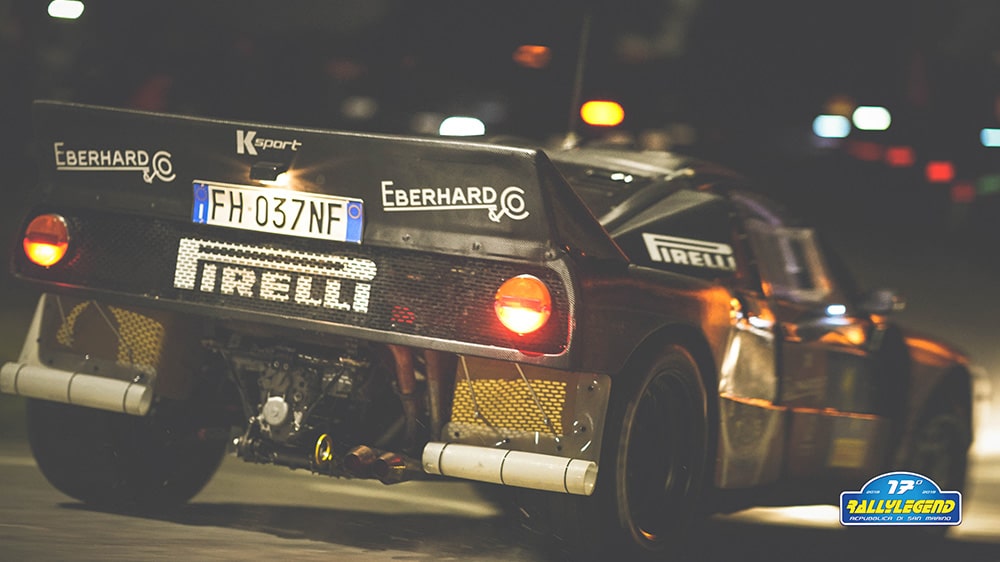 Champions and cars of yesteryear and of today were on the starting grid. The 17th Rallylegend took to the streets of the Republic of San Marino with representatives from 25 different nations. There were various categories in the competition: from WRC to Legend, as well as Myth and Heritage. Taking part were twenty or so carefully selected and important historical cars from the Seventies and Eighties, in their original liveries and duly “certified”, true and exclusive pages from rallying history and beyond, which were on parade round a circuit in the smallest republic in the world and which was also able to count on the support of Pirelli.

A CHALLENGE BETWEEN LEGENDARY CARS AND DRIVERS

The Fiat 131 Abarth, Lancia Stratos, Opel Manta 400, Fiat 124 Abarth, Saab 96 V4, the rare Alfetta 1800, Fiat Ritmo Abarth Alitalia, Talbot Lotus and other rare jewels were driven by champions of the calibre of Jean Claude Andruet, the driver who took part in world competitions from 1973 to 1986, and a specialist on tarmac, with three victories at Monte Carlo in ’73 (Renault Alpine), at the Tour de Corse in ’74 (Lancia Stratos) and at Sanremo in ’77 (Fiat 131 Abarth), the year in which Rallylegend started. There was also Miki Biasion, twice world rally champion with the Lancia Delta Integrale in 1988 and 1989, but also during his career a European and Italian champion, as well as Federico Ormezzano, four-time Group 2 Italian champion between the end of the Seventies and early years of the Eighties, Tito Cane, champion of the National Rally Trophy in 1979, Chicco Svizzero, the official Alfa Romeo driver during the Seventies, and many others.

TODAY’S DRIVERS TOO BEHIND THE WHEEL

Many modern circuit drivers from around the world were also behind the wheel of their rally cars, including: Thierry Neuville in his Hyundai i20 Coupé WRC, Andreas Mikkelsen in his Hyundai i20 WRC, Craig Breens in a Subaru Impreza 555 and his father Raymond, with a splendid MG Metro 6R4.

But not just four-wheel racers. Andrea Dovizioso, the official driver for Ducati MotoGP Races and Mattias Ekstrom, world rallycross champion 2016, were also there driving a rally car. Among the other “top stars” of this Rallylegend was also Gigi Galli, the last official Italian driver in the World Rally Championship from a few years ago, who brought along for the first time in a special competition the Kia Rio RX for rallycross belonging to his GGRX team. Also taking part was Ken Block, the U.S. driver who came along with his Ford Escort Cosworth and Miki Biasion, twice world rally champion with a Lancia in the late Eighties and who this year is celebrating the fortieth anniversary of the start of his amazing career. No less importantly, the circuit also welcomed Tony Fassina, that great driver from the late Seventies at the wheel of his unforgettable white Lancia Stratos, which won the rally of Sanremo.

Paolo Diana with Mattia Dini and their 1982 Fiat 131 Racing won the “Pirelli Jump in the Legend” prize, reserved for all the participating teams using cars equipped with Pirelli tyres, for the jumps deemed the most spectacular by a jury positioned in two specific parts of the course. Victory in the overall classification went to Thierry Neuville, with his navigator Nicolas Gilsoul in the Hyundai i20 Coupé WRC, ahead of Andrea Mikkelsen, with Anders Jaeger, taking part in a 2016 Hyundai i20 WRC from the HMI team. Meanwhile, in the Myth category, the winner was Ken Block, with Alex Gelsomino in their 1994 Ford Escort Cosworth. Giuliano Calzolari, “Lupo” (“Wolf”) to his rallying friends, won his second Rallylegend trophy in the Historic section, for the first time with a Porsche 911 SC from 1972 and with Ercolani as his team mate. Sandro Giacomelli, with Francesco Orian on the stop-watch, aboard a Fiat 131 Abarth from 1977, was the winner of the Rallylegend Heritage prize.