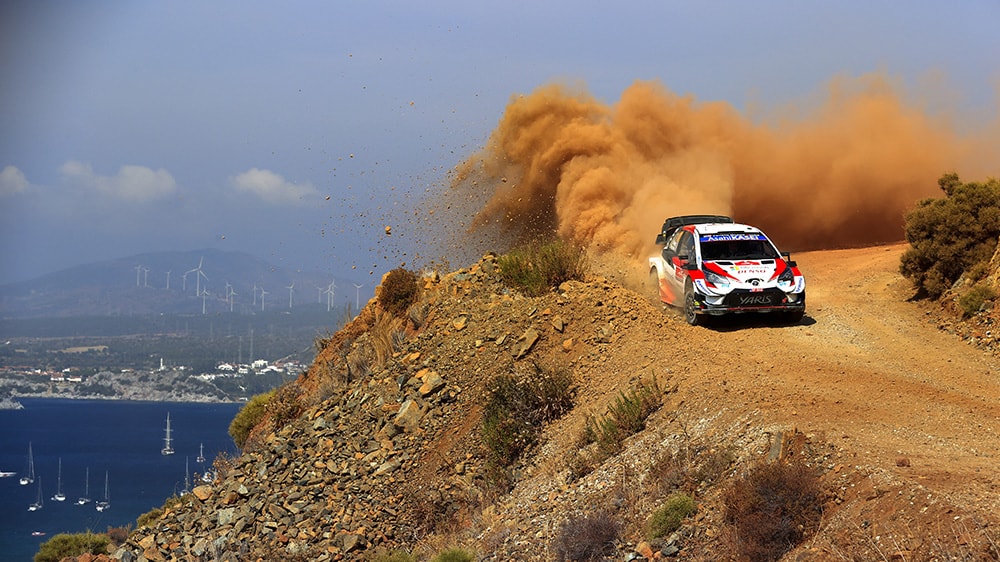 It’s impossible to consider Ogier’s career without the context of Sebastien Loeb. For one thing, Ogier picked up where Loeb left off to ensure a run of 15 consecutive WRC drivers’ titles for France, adding six straight successes between 2013 and 2018 to the nine-in-a-row achieved by Loeb.

But there is more to the tale of the two Sebastiens than that – and it goes right back to how Ogier got started in motorsport. As a teenager he watched the Monte Carlo Rally pass through the mountains around his hometown of Gap, but he lacked the money to compete and instead worked as a ski instructor. His opportunity came aged 21 through the French motorsport federation, which had helped Loeb to reach the top and had continued to run its annual ‘Rallye Jeunes’ competition to find new driving talent.

In 2005, Ogier was the winner, earning a drive in the national Peugeot 206 Cup for the following season. In 2007 he won the title and then immediately took the WRC by storm in 2008: In a two-wheel drive Citroen C2, he scored a point on his debut in Mexico by finishing eighth overall. He went on to claim the Junior WRC crown that season, and then led Rally GB outright after his first ever stages in a World Rally Car.

Now it was clear: Ogier was the natural successor to Loeb. And he became his team-mate in 2010, earning a promotion from Citroen’s junior team to its factory squad inbetween victories in Portugal and Japan.

While Loeb went on to win the title, a disgruntled Ogier extricated himself from his Citroen contact and signed for Volkswagen – even though the German manufacturer was still a year away from entering with its own Polo WRC. Its eventual arrival for 2013 coincided with Loeb stepping away from full-time WRC competition. In a car and a team built around him, Ogier utterly dominated the next four years until VW’s sudden withdrawal, winning 31 out of 51 events.

What has followed since has arguably done even more to cement Ogier’s reputation as one of the best. Unlike Loeb, who achieved all of his success with Citroen, Ogier recently became only the second driver to win WRC titles with three different car manufacturers (the other being Juha Kankkunen).

His first move was to Malcolm Wilson’s M-Sport team, which without full factory backing from Ford had developed a car for the new regulations that was good enough for Ogier to win the 2017 title against Hyundai’s Thierry Neuville. In 2018 he did it again, this time with additional competition from Toyota driver Ott Tanak.

Ogier realised though that continuing to add to his tally against manufacturer-backed rivals would be difficult, leading to an unlikely reunion with Citroen for 2019. The French car also needed work, and Citroen promised improvements, but impatience quickly grew in Ogier as he saw his crown slipping. And when new champion Tanak sensationally quit Toyota for Hyundai, Ogier spotted his chance and defected to the Japanese manufacturer – causing Citroen to quit the WRC altogether.

In a 2020 season interrupted by the coronavirus pandemic, Ogier faced his biggest competition for the title from a fellow new arrival at Toyota: Elfyn Evans. But he came from behind to win the championship with victory on the deciding event, Rally Monza, in the sort of difficult conditions he revels in, like those usually found on the Monte Carlo Rally.

A devoted family man, Ogier had planned to retire at the end of 2020 – but has deferred that decision to aim for an eighth title in 2021. If he gets it, what’s to stop him gunning for Loeb’s nine?

Read more
Related Stories
Back to the future
of rallying
race
Petter Solberg
goes to Hollywood
race
Ott Tanak: history of Estonia's first champion
race
MOST READ
This is how Pirelli Design's unique products come to be