Monza may have been a last-minute addition to the World Rally Championship, but it certainly proved to be memorable 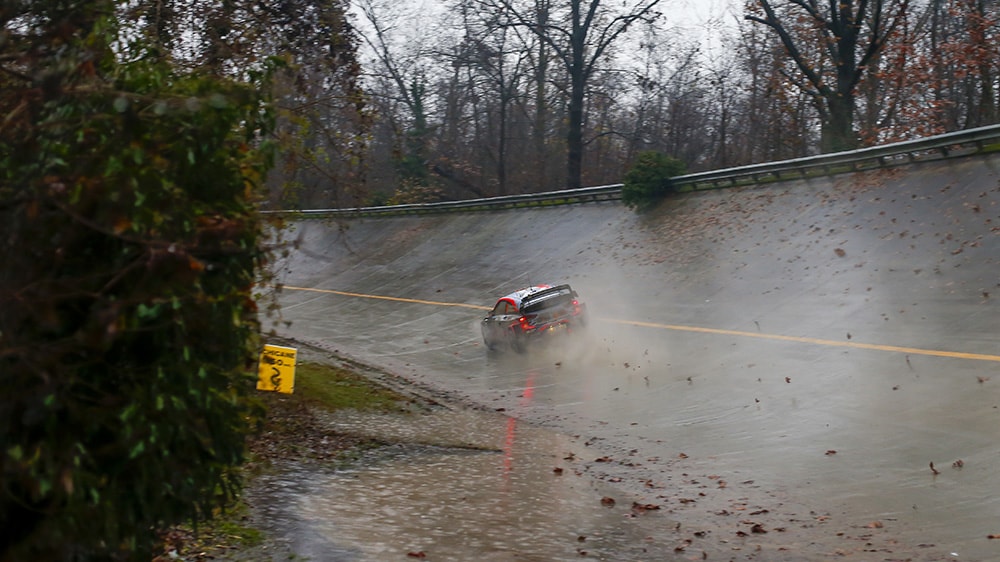 It didn’t take long for Rally Monza to prove itself as worthy of hosting the deciding round of the 2020 World Rally Championship. For many years a stand-alone showcase that Pirelli has dominated, this year it was promoted to the World Rally Championship last month, as the final round after the Ypres Rally in Belgium was cancelled due to the Covid-19 pandemic.

Already on the opening day, held at the home of the Italian Grand Prix, driving rain made the stages at the famous racing circuit incredibly tricky, especially the sections on gravel and mud laid out across the royal park.

Pirelli, along with the other tyre suppliers, had come prepared and brought snow tyres in readiness for the mountain stages that would be driven on Saturday. But already on Friday they proved to be advantageous in the low-grip conditions: In the main category, Ford’s Esapekka Lappi was the first to take the ‘gamble’ and was rewarded with an early lead. Among the contenders driving Rally2/R5 cars, Andreas Mikkelsen made a similar decision to use Pirelli’s famous Sottozero tyre and briefly moved up to third overall in his Skoda Fabia R5. In the afternoon, snow tyres were the popular choice across the board. It’s not what you normally expect to see at Monza.

In the mountains on Saturday, drivers faced the sort of snow and ice conditions that are usually expected on the legendary Rallye Monte-Carlo – making this a useful test for the first round of 2021. In the top class many were caught out, including Elfyn Evans, who slid off the road on one particular corner – his first and only slip-up of a very impressive breakthrough season in which he claimed victories in Sweden and Turkey. But for him, a promising title campaign was over.

His Toyota team-mate Sebastien Ogier, on the other hand, excelled in the sort of conditions he is used to around his hometown of Gap in French Alps. Ogier went on to take the rally victory and with it beat Evans to the championship crown: a seventh in eight years for he and co-driver Julien Ingrassia. Hyundai meanwhile defended its manufacturers’ title by a slim margin of five points over Toyota thanks to a double podium finish at Monza with Ott Tänak and Dani Sordo. While the 2020 season consisted of fewer rallies than usual, few could say that Monza provided an easy conclusion. It’s not on the calendar for next year, so this year will remain a unique one-off.

Often, snow only started to fall once a stage had already started, but the Cinturato rain tyre was also used successfully in such mixed conditions, demonstrating the excellent versatility of Pirelli’s product range.

Mikkelsen – who has played a key role in the development of Pirelli’s WRC range for next season as test driver – took an astonishing sixth overall on the Monza Rally and was the leading Rally2 finisher. Just behind him and second in class was Oliver Solberg, also driving a Skoda Fabia on Pirelli tyres and claiming his best overall WRC finish to-date in seventh place.

In the Junior WRC for young drivers – exclusively supplied by Pirelli, with all the drivers at the wheel of the Ford Fiesta Rally4 – Tom Kristensson from Sweden was crowned champion, overhauling Latvia’s Martin Sesks on the final round. Kristensson follows in the footsteps of drivers such as Ogier and Evans, who earned similar junior title successes on Pirelli tyres earlier in their careers.

From Monza, Pirelli’s equipment, engineers and technicians headed straight to the French Alps, where the WRC teams tested at the start of December in preparation for Rallye Monte-Carlo: getting their first taste of the Italian rubber. The tests bring Pirelli’s development campaign this year to an end in preparation for the 2021 World Rally Championship, where Pirelli will be the exclusive tyre supplier. Next stop: Rallye Monte-Carlo at the end of January, the oldest and most prestigious WRC event of them all. But it’s fair to say that the teams have already had a good taste of it in northern Italy…