GT, racing in
the rainbow nation 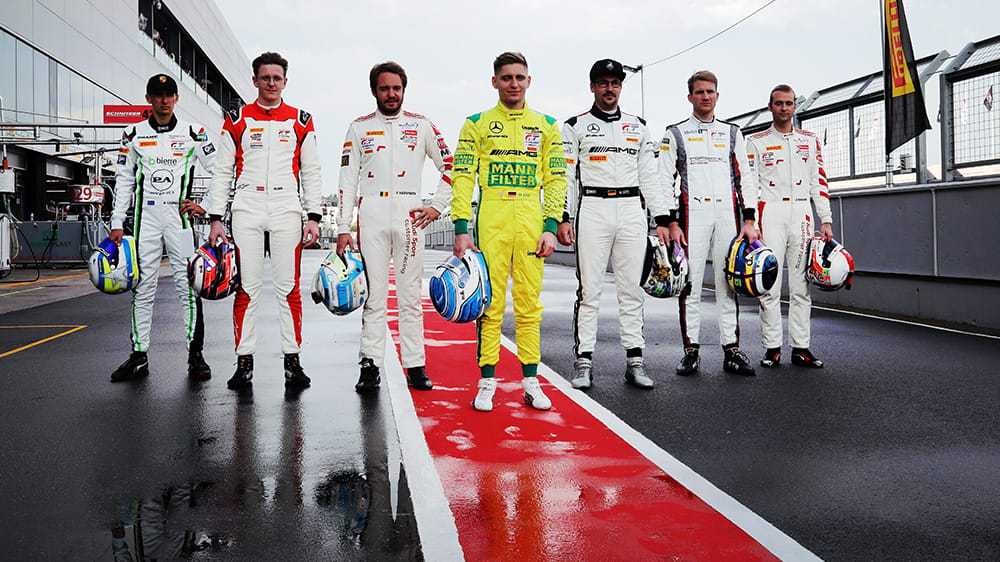 Following a 37-year absence, international competition returned to the Kyalami 9 Hours this month, with the recently redeveloped circuit hosting the final round of the Intercontinental GT Challenge season finale.

The 9 Hours has a long and illustrious history. First hosted in 1958 at the nearby Midrand Airport, the race was a non-championship affair with local drivers Tony Ferguson and Ian Frazer-Jones taking victory in their Porsche 356. Three more stand-alone races followed until 1960 before the switch to the purpose-built Kyalami Racing Circuit for 1961.

The race then became a centrepiece of the South African Springbok Trophy Series between 1965 and 1973. The local sports car championship existed for eight seasons and provided a convenient off-season window following the end of the World Sportscar Championship and popular Can-Am seasons.

It also fluctuated between a 6-hour race for sportscars in 1974, a touring car only event between 1975-1979 before becoming a 1000km race when the World Sportscar Championship returned in 1983.

By this point, Kyalami was the circuit to go in Africa, but it proved a controversial venue to go to, particularly in the 1980s when the country’s sporting activities were put firmly under the microscope.

Its lamentable Apartheid political regime prevented many of South Africa’s sporting teams to compete in international competitions during the 70s, 80s and early 90s. It’s participation in the Olympic Games was only reinstated once Apartheid had been disbanded fully in 1994.

Increased pressure from sporting authorities and politicians meant that not only the South African F1 Grand Prix was curtailed (in 1985), but the 9 Hours was also stopped in 1988.

Two further Grands Prix followed in 1992 and 1993, but financial trouble for the circuit meant a 10-year hiatus of the endurance classic and a dramatic fall from grace.

Return of the Nine Hours

Substantial development work in the last five years has produced a much different Kyalami circuit to what it was previously. But it has shown just how serious the circuit organisers are about luring international motorsport back to the country.

Stephane Ratel’s announcement that his SRO Intercontinental GT Challenge would include Kyalami in 2019 precipitated a vast movement within the Gauteng region to put on an entertaining and professional race. It did just that, with plenty drama and excitement to go along with it.

A strong entry of 28 cars – particularly impressive given the amount of racing the majority of the field had done during the 2019 season – turned out for the event, which was held in stunning Gauteng summer sunshine.

The Intercontinental GT Challenge is a season-long campaign which started with the Bathurst 12 Hours back in February, before going to Laguna Seca for the California 8 Hours, the Spa 24 Hours and the Suzuka 10 Hours.

A total of seven crews came into the weekend with a mathematical chance of the title, with championship leader Maxi Buhk/Raffaele Marciello retiring on the opening lap with an engine issue.

The Mercedes-AMG of Yelmer Buurnman and Maxi Goetz were in pole position to secure the Teams’ championship when racing resumed with 15-minutes to go. But the Porsche of Nicky Tandy quickly gained ground and moved ahead of Goetz, allowing Porsche to snatch that title and hand the Drivers’ crown to Olsen.