A new championship dedicated to prototype racing has been launched in the United Kingdom. It’s called the Henderson Insurance Brokers LMP3 Cup Championship, and it’s running on Pirelli tyres 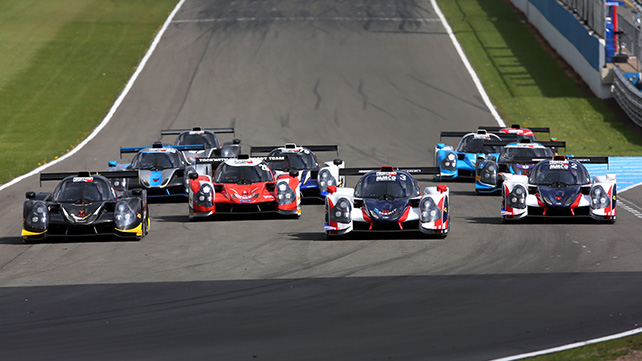 Enthusiasm for endurance
The Le Mans 24 Hours is one of the world’s most iconic motor races, and one that France is rightly proud of. The event’s popularity stretches far beyond its borders though, and neighbouring Britain has a particularly strong relationship with the race. Around 80,000 fans make the trip across the channel each June, and they often have plenty to cheer about: British drivers have achieved 42 wins, just one fewer than the locals.
To race at Le Mans is a dream held by many British drivers and teams, and a new series has now been established in the United Kingdom to serve as a stepping stone. The Henderson Insurance Brokers LMP3 Cup Championship is staging its first full season in 2017, with 12 races across six race weekends, taking in top circuits such as Silverstone, Brands Hatch and Donington Park as well as a trip to Spa-Francorchamps in Belgium.

Formula for success
The championship features cars complying to LMP3 regulations. These closed-cockpit prototypes are effectively smaller versions of the types of cars that compete for overall victory at Le Mans, introduced in Europe in 2015 as an entry-level formula for those looking to get into endurance racing.
A key principle of LMP3 is for the cars to be accessible: both in terms of low running costs, but also in terms of the experience needed to drive them, with a clear target market of young drivers and gentleman racers.
With the popularity of LMP3 increasing throughout Europe, the opportunity for a series in the United Kingdom was spotted by British championship organisers Bute Motorsport, which has been successfully promoting Britain’s GT Cup, which this year enters its 10th season. The team found that LMP3 was a great fit for its own ethos: quality competition at a cost-effective price. Given its long association with the GT Cup, Pirelli was a natural choice as exclusive tyre supplier.

A ringing endorsement
The launch was followed by plenty of interest from teams and drivers, and a successful inaugural race was held at Snetterton in England at the end of 2016. The ACO, the organiser of the Le Mans 24 Hours, liked what it saw and awarded the series its official endorsement. The LMP3 Cup comes with the prize for this year’s champions of an entry into the European series next season, designed to take them a step closer to Le Mans.
Each event features two one-hour races, providing lots of track time for the drivers, who compete as pairings. The championship mirrors it’s European brethren in using the FIA’s driver categorisation with the regulations stipulating each car must have one Bronze rated driver partnered with a second driver of any rating.

The field includes the Ecurie Ecosse team, a famed name with hopes of returning to Le Mans, which won both races at Donington Park in April with gentleman driver Alasdair McCaig and youngster Colin Noble, fresh from single-seater racing. Andy Schulz and Paul Bailey meanwhile set the qualifying pace, stepping up after two titles in the GT Cup. CJ Wilson, a former professional baseball pitcher, will join the field next time out at Brands Hatch as he steps up his new racing career.
The Donington grid even featured ex-Formula 1® racer Karun Chandhok, driving for the T-Sport squad that ran both he and Force India F1® driver Sergio Perez in their Formula 3 days.
As a result, it’s been a promising start for the LMP3 Cup, and it’s only expected to grow in future. With a blend of star names and exciting talents, more and more drivers are setting out on the road to Le Mans…