There’s a new manufacturer in the F1 Pirelli Hot Laps programme. And it’s only one of the most famous names in the world… 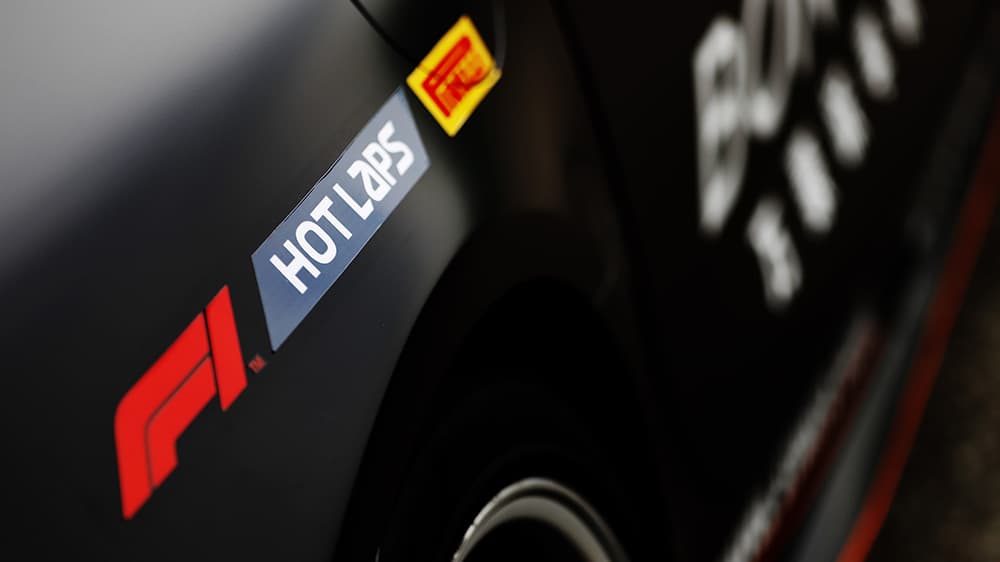 Stuttgart’s finest
Up until now, the F1 Pirelli Hot Laps programme has been reserved for manufacturers competing in Formula 1 – or with a close association to a Formula 1 team, such as Aston Martin.
But now, there’s a new name on the list. And it’s one of the most iconic names in the automotive world, synonymous with performance and prestige.
Enter Porsche, which will take part in the F1 Pirelli Hot Laps programme starting from Shanghai. Porsche isn’t currently competing in Formula 1, although it entered the sport briefly in the 1960s, winning the 1962 French Grand Prix with Dan Gurney. Porsche also supplied engines under the TAG name for McLaren, claiming three driver titles and two constructor titles in the 1980s. Porsche’s final foray into F1 was again as an engine supplier in 1991, but this venture with Arrows was something of a disaster – not scoring a single point all year.

Formula 1 comes to Le Mans
Instead, Porsche is best-known for its epic achievements in sportscars and GT racing, and it still holds the record today for the most Le Mans wins (19). The technology behind Porsche’s latest Le Mans winner, the 919 Hybrid, is actually quite similar to what F1 runs today: a turbocharged petrol engine, complete with an MGU-H and MGU-K. And the budget and technical resources that the squad had at its disposal meant that it could quite comfortably have run a Formula 1 team instead: in fact, Porsche’s former team principal Andreas Seidl is now installed in a broadly similar role at McLaren.
But in China, it’s going to be Porsche’s illustrious road cars taking centre stage – and their enduring appeal is underlined by the fact that more than 70% of all Porsches ever made are still on the road.

Pirelli and Porsche
Pirelli and Porsche share a long history together. It’s common now for tyre companies to produce specific tyres for a car manufacturer, but this whole trend first started when Porsche selected Pirelli to make tyres that were individually developed for the legendary 911 Turbo, introduced in the late 1970s. Pirelli still supplies original equipment for Porsche now – and also Collezione tyres for classic Porsches.
With Porsche currently committed to Formula E as well as GT racing (the 991 GT3 will be on track at Monza for the opening round of the Blancpain GT series during the same weekend as the Chinese Grand Prix) it’s hard to imagine the marque coming to Formula 1 in the foreseeable future – although they’ve looked at it.
But that doesn’t mean that they can’t take part in a Formula 1 weekend, with the Porsche Supercup forming a regular sideshow at grands prix. Now that valuable association – with Formula 1 and Pirelli – gets even closer, as Porsche becomes part of the F1 Pirelli Hot Laps programme.