GT – or grand touring – racing is one of Pirelli’s most-established sporting activities, stretching back more than 100 years 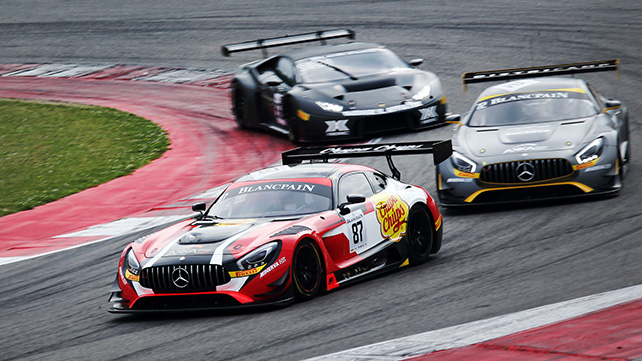 In the beginning
GT racing is all about circuit competition these days but its origins lie firmly in road trips: which is why it’s called ‘grand touring’. And touring doesn’t come grander than driving halfway across the world.

Pirelli’s first major motorsport victory came in 1907 in the Peking to Paris race, when Prince Scipione Borghese won the 15,000-kilometre marathon in a seven-litre Itala running on Pirelli tyres. The restored car can still be seen in Turin’s automobile museum today, and it was effectively Pirelli first ‘GT’ victory.

The company’s sporting reputation would grow in grand prix racing from the 1920s but many notable successes were gained in endurance too, and these days Pirelli is a key supporter of GT racing around the world with 224 car racing championships. That’s more than there has ever been, but Pirelli’s presence in GT has always been a key part of the Italian firm’s heritage, linking the road to the track.

Pirelli’s GT reputation was enhanced by several victories in the Mille Miglia, the famed Italian road race watched by millions, fuelling the popularity of GT cars and the marques that produced them.

GT racing in the modern era
Pirelli’s competition focus moved to rallying in the 1970s before a return to Formula 1® in the 1980s. Success in major sports car races came once more in 1990s, with victories in the Daytona 24 Hours – the first in 1995 with Ferrari – as part of a wider involvement in the IMSA championship in North America.

Around the same time, a revival of GT racing was taking off with the FIA GT Championship, where Pirelli supplied many successful teams over a number of years. It has also supplied many top one-make series, such as the Ferrari Challenge, Lamborghini Super Trofeo and Maserati Trofeo. These form a vital stepping stone for young drivers wanting to move up into the higher levels of GT racing, underling Pirelli’s philosophy of providing opportunities for up-and-coming talent.

In 2012, Pirelli began to exclusively supply the FIA GT Championship and added the Blancpain Endurance Series a year later. This relationship continues today, with the two series now both operating under the Blancpain GT Series name with 10 events a year: five endurance events and five sprint events. The highlight is the Spa 24 Hours, which is Pirelli’s biggest undertaking of the motorsport year with more than 10,000 tyres supplied.

What’s next?
For 2017, the Blancpain GT Series is getting bigger and better. There’s more promotion, more entries, and more opportunities to use the estimated 1400 GT3 cars that have been built since the formula was inaugurated. A new championship has been established in Asia to take the successful Blancpain format into the growing Asian market. The parent series also has a partnership with the Pirelli World Challenge, which is cementing its place as the leading GT series in North America.

On top of this, Pirelli supplies a growing number of national GT championships in countries including Italy, Germany, Britain, France, Australia and China. The FIA GT World Cup, held annually on the dramatic Macau street circuit, is also part of the Pirelli portfolio, as is the increasingly popular Bathurst 12 Hours at the spectacular Mount Panorama Circuit in Australia. These races attract support from many the most prestigious car manufacturers along with high-quality fields of world class drivers.

In many of these events, the GT3 regulations form the basis for the cars, but some adopt the GT4 rules for smaller, more affordable cars. The GT4 European Series is dedicated to this class, and also supplied by Pirelli with tyres similar to their high-performance equivalents for the road.

As we’ve seen, Pirelli has a long history in GT racing, and it’s writing more chapters around the world each season. So why not come along to one of the races this year and find out for yourself?

Read more
Related Stories
Grand touring in China
race
The heroes of the Blancpain GT Series: both human and automotive
race
What is the
Blancpain GT Series?
race
MOST READ
Pirelli: employees in Italy donate over 7,000 work hours to support Milan’s Sacco hospital