Pirelli’s factory of champions' at Izmit

Pirelli ends another extraordinary year of motorsport, marking the 110th season of global competition, by opening the doors of its ‘factory of champions’ at Izmit in Turkey. This is where a wide variety of competition tyres are produced, with the exception of those used in Formula 1.

Izmit was built in 1960 and was the very first tyre production facility in Turkey. Since 2007 it has also produced motorsport tyres, currently manufacturing 403 different types of competition tyre every year. With its 20,000 m² of extension, it employs over 250 people, dedicated only to racing production.
Together with Pirelli’s renowned research and development division in Milan, the ‘factory of champions’ at Izmit in Turkey is a key element of the Italian firm’s motorsport programme, inspired by continual development and close collaboration with manufacturers and teams, making Pirelli the most high-profile tyre company in motorsport.

In 2017, Pirelli supplied 460 championships both on two and four wheels. A total of 226 of those championships are for cars, with 157 circuit series and 69 rally series, covering around 1200 individual events per year.

More series are being added every season. Pirelli recently announced its return to the World Rally Championship for 2018: a series that it was involved in when the championship started in 1973, going on to claim 25 titles and 181 rally wins. 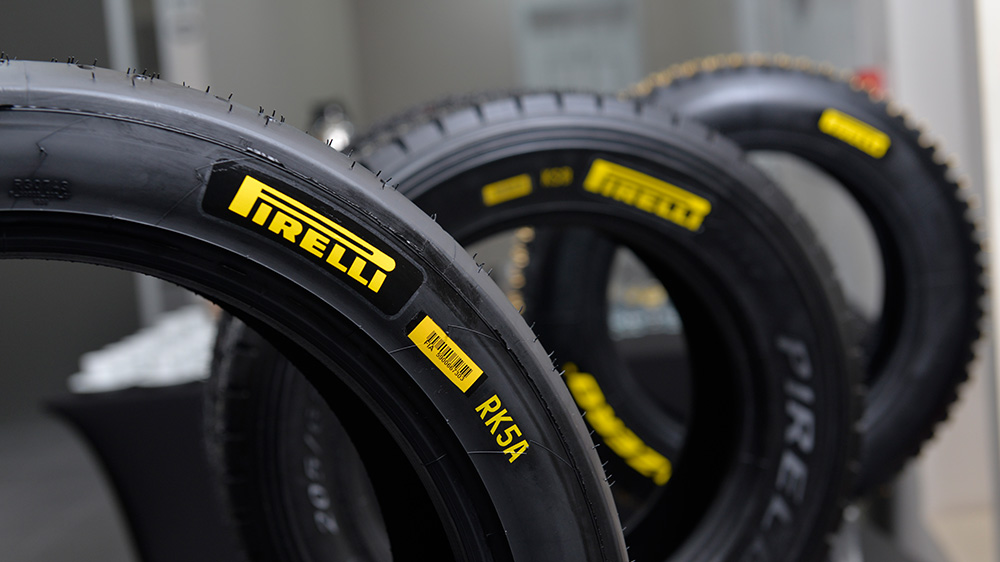 Pirelli will also continue to put the accent on youth by becoming exclusive supplier to the Junior World Rally Championship from next year, having previously helped young rally talents to emerge such as 16-year-old Oliver Solberg and 17-year-old Kalle Rovanpera. The latest-generation of Pirelli WRC tyres are all going to be produced at Izmit.

The motorsport tyres made in Izmit are based on the simulation, compound and structure models elaborated by Pirelli’s research and development division in Milan. Not just the actual technology but also the same ‘perfect fit’ philosophy that characterizes Pirelli’s road car product is shared: a tailor-made approach to suit each client’s individual requirements. All this contributes to Pirelli’s undisputed leadership of the prestige and supercar segment (with a market share of about 50%).

GT – which stands for ‘grand touring’ – is an essential part of Pirelli’s motorsport heritage, with many of these tyres also made at Izmit, located about 100 kilometres from Istanbul.
At the top of the tree is the Blancpain GT Series: the world’s premier championship for GT3 cars, which used Pirelli tyres exclusively during 2017.

GT racing acts as an important test bed for Pirelli, as the world’s most prestigious manufacturers take part, which use Pirelli tyres as original equipment. The appeal of those races is that they use supercars that look similar to their road-going equivalents, underlining the road to track relationship.

In terms of numbers of manufacturers, Pirelli’s biggest championship is the Pirelli World Challenge with up to 20 different premium and prestige brands running on identical Pirelli tyres. Despite very different vehicle architectures and characteristics, these bring out the best in each model, enabling close and spectacular racing over 11 events throughout North America.

The race with the most competitors that Pirelli takes part in is the Nurburgring 24 Hours, where more than 200 cars regularly take the start. These machines are all very different, unlike Pirelli’s single-make championships (such as the Ferrari Challenge and Lamborghini Super Trofeo) where the cars and tyres are exactly the same, so only the driver makes the difference.

Izmit also makes tyres for the Spa 24 Hours – the highlight of the Blancpain GT Series – which is Pirelli’s biggest single motorsport event of the year. This year, 13,000 tyres were brought to the race in 24 trucks, and a team of 80 fitters were able to fit and deliver a tyre every 14 seconds at peak capacity.

Looking after these diverse motorsport needs (which also range from the highly-popular Brazilian Stock Car series to other Asian championships such as China GT and the FIA GT World Cup in Macau) is a dedicated team of more than 1000 people all over the world, both on and off track: just like the talented young engineers based at Izmit. Because the true secret of Pirelli’s success, on the road as well as on the track, is the skill and passion of its people.