Pirelli and the
Prancing Horse 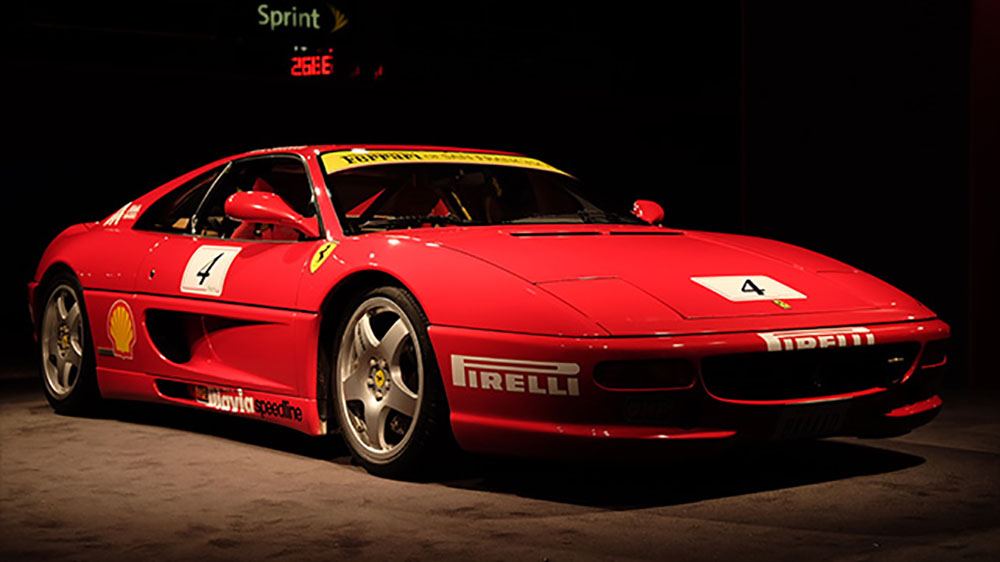 Final judgement
The Ferrari World Finals – or Finali Mondiali – are an annual end-of-season celebration of all things Prancing Horse, which this year were staged in North America for the first time, on one of the continent’s most revered racing circuits: Daytona. Among the most evocative names in Ferrari history, Daytona also inspired one of the company’s most famous models, for which the classic Pirelli CN12 is available as an aftermarket fitment
The Finali Mondiali host the last races of the season in the Ferrari Challenge, the marque’s one-make series contested across three regions during the year: Europe, North America and Asia-Pacific. These different championships come together for the World Finals, with 89 examples of the 458 Challenge Evo racers on track at Daytona across two classes: the Trofeo Pirelli (fought between the leading drivers) and the Coppa Shell.

F1® comes to Daytona
A number of other activities were held in addition to these competitive races, the highlight being Formula 1® cars running for the first time on the Daytona circuit.
Firstly, there were the cars of the F1® Clienti; classic models from the Scuderia now in the hands of some lucky individuals. At Daytona, the cars in action – fitted with Pirelli P Zero tyres – ranged from the 412 T1 of 1994 to the 150 Italia of 2011, including some of the models associated with the many world championship successes of Michael Schumacher.
On the final day, two rather special drivers took to the track: Sebastian Vettel and Kimi Raikkonen. They took a pair of 2009-vintage Ferrari F60s up to speed side-by-side on the banking, before spinning up their Pirelli tyres for some crowd-pleasing donuts.

A festival of Ferrari – and Pirelli
Also on track at Daytona was the XX programme. These exclusive cars like the FXX K represent the latest technologies such as hybrid power, as Ferrari uses its experiences in F1® to develop its future road cars, much like Pirelli does to create the tyres of tomorrow.
As well as those cars on track, there were many others on display in the fan zone, allowing spectators to get up close to classic models and the current range. The latest cars present were the LaFerrari Aperta and GTC4 Lusso T: both unveiled recently at the Paris Motor Show and fitted with Pirelli tyres as original equipment.
Daytona was also the scene for a brand new unveiling, that of the 488 Challenge. This model will be raced in the one-make series from next season, and is the first to be turbocharged.
Pirelli has supported the Ferrari Challenge since its foundation in 1993, and for this new evolution, will supply tailor-made P Zero tyres in new sizes. These offer a larger contact patch (increased by 15%) yet with 5% less weight, reflecting the technical progress made by Pirelli on both competition and road car tyres.

How the action unfolded
On track, the two Ferrari Challenge classes each had three races during the Daytona event. The first two days featured the final rounds of the regional series, with the last of those titles being decided. Then came the final day, and the two races that determined the world champions.
After sewing up the North American crown, Venezuela’s Carlos Kauffmann triumphed in the Trofeo Pirelli final following a battle with the European champion Bjorn Grossmann and Fabio Leimer, the former GP2 champion. Finishing the race in third and claiming the Pirelli Am honours was British driver Sam Smeeth. Thomas Loefflad won the race for the Coppa Shell ahead of Vladimir Hladik and Rick Lovat.
As the company’s CEO Sergio Marchionne was keen to emphasise in his appearance at Daytona, the United States is the largest single market for Ferrari. So, after the success of its first visit, don’t be surprised to see the Finali Mondiali heading over the Atlantic again in future. With Pirelli of course, as always.

Read more
Related Stories
Supersize me
race
Colours in the desert
race
Who can be the last
of the late brakers?
race
MOST READ
Getting the show
on the road