Pirelli and Ferrari, always together in the Challenge

The two prestigious brands have been working together since the very beginning. The Ferrari one-make championship with Pirelli tyres is an example of this partnership of excellence 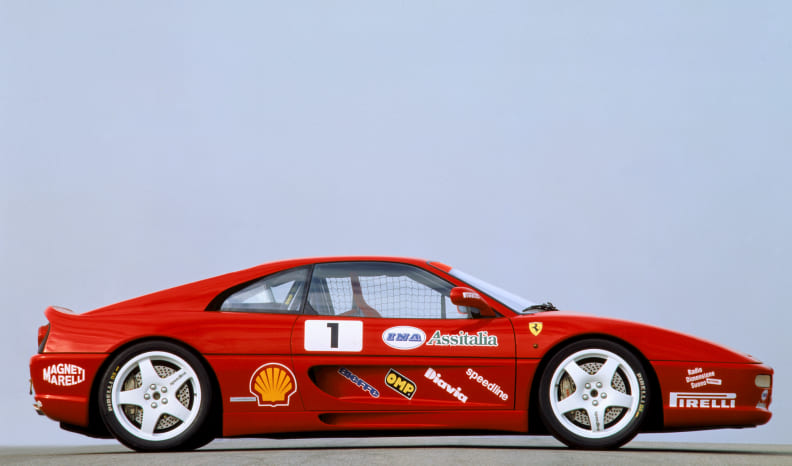 There is an important chapter all about technology and racing that begins exactly halfway through the big book of the Pirelli’s 150-year-long history and it is painted Ferrari red.

The partnership between the company founded by Leopoldo Pirelli in 1872 and the one created by Enzo Ferrari began at the very beginning of the latter in Maranello in 1947 and has been consolidated over time on roads and race tracks worldwide. Pirelli has been a partner and title sponsor of the Ferrari Challenge, this year in its 30th edition, since the beginning, earning a privileged place in this long relationship, packed with successes not only in racing.

Since 1992, the Ferrari Challenge Pirelli has featured a line-up of seven road-legal GTs of ever-increasing power, seven faster and faster racing variants and seven specific tyre sets in a continuous exchange of experience and know-how between the track and road that has contributed in a major way to the evolution of the solutions offered by Pirelli to all motorists in terms of safety and reliability.

“The Ferrari Challenge is motor racing at the highest level, but it is also something more. The professional drivers are joined on the track by gentlemen drivers, amateurs who, away from the races, express the tastes and trends of many motorists and are an invaluable source of inspiration for our engineers”, explained Mattero Braga, Head of GT Activities at Pirelli. “The tyres are always developed for the Challenge in parallel with the car, as is often the case with the road cars of all our customers, using virtual design at the beginning to cut back outdoor test sessions and prototype production. Our work kicks off at least a year before the official launch in the Championship and aims at optimising the drivability and performance for all drivers, regardless of their background, in all tarmac conditions”.

CARS AND TYRES: THE STAGES OF THE FERRARI CHALLENGE

It all began in 1992 with the Ferrari 348 Challenge, derived from the 348 TB and TS of 1989, of which it retained the 3.5-litre V8 engine, capable of delivering 320 hp. Compared to the road-legal version, the 348 Challenge was equipped with a kit that included 17-inch slicks specially developed by Pirelli with different sizes on the front and rear axles (245/620-17 and 265/640-17). The tyres were derived – like the car – from the road versions. The moulds of the regular production P Zero were used but with a dedicated structure and compound to make them.

In 1996 came the turn of the 355 Challenge that competed alongside the 348 for a time. The 355 also originated from the road-legal car with which it shared the 380 hp engine. The safety equipment, adapted for track use, was different. The 18-inch tyres developed by Pirelli specifically for the Challenge were also new and among the first of this size. This turned out to be a far-sighted choice, not only on the track, where they lasted for over ten years but also for the road-legal solutions. The 18-inch size is the standard today for premium vehicles, but back then it was only fitted on racing cars.

THE 2000S AND THE ARRIVAL OF TURBINES

The 360 Challenge derived from the 360 Modena debuted in 2000. It had the same power as the 400 hp, which was upped to 415 the following year, but with a lighter weight. And what about the tyres? Only a few tweaks were needed in terms of structures and compounds. The P Zero made for the 360 were so advanced that they could handle the increased power of the new car.

Power levels soared with the 430 Challenge a few years later, to 490 hp – equal to that of the road-legal version – but with many innovations carried over directly from F1. These include the first carboceramic braking system on a Ferrari racing car. The tyres followed the acceleration in technology. The first 19-inch size slick and rain tyres – the latter with a special design for “full wet” performance – paved the way for the hyper-specialised tyre models.

The Ferrari 458 Italia hit the track in 2010. It was 100 kg lighter than the road-legal version but with the same 570 hp engine. It had track-oriented electronic mapping, a racing exhaust system and an electronic rear differential. The tyres are called upon to play their part in supporting these innovations. The 19-inch tyres were still up to the task but Pirelli engineers worked on compounds and structure to optimise performance even further.

The turbine hiss was first heard in the Challenge in 2016 – the year of the turbos – with the new Ferrari 488, the first supercharged car to race in the one-make championship. Compared to the 458, it delivered 100 hp more power and lap times dropped considerably. Pirelli developed new sizes for the P Zero tyres which supported the car’s unprecedented performance.

THE PRESENT DAY AND THE 30TH ANNIVERSARY OF THE CHALLENGE

The seventh star of the Challenge is the Ferrari 488 Evo, launched in 2020, for which Pirelli developed a completely new tyre set. Particular attention was paid to the materials and structure of the front tyres to maximise the optimised aerodynamics of the car.

This will be the GT kitted out with next-generation tyres that will run the 30th-anniversary race of the Challenge championship. After Europe, the Challenge has conquered the United States and Asia and wherever it goes it always combines the dedicated expertise of the people with the most advanced and challenging technologies. An important Ferrari red fragment of history defined by continuously raising the bar that Pirelli has been on for the past 150 years.