Two Italian brands, a history of dedication and wins that has endured for half a century. It was the Seventies when Abarth and Pirelli asserted their name in rally racing with the 124 Rally. They are still winning together today, on tarmac and dirt, and once again with the 124. Pirelli and Abarth celebrated the anniversary during the Abarth Days, the largest European gathering of enthusiasts that this year came together to honour the brand’s 70th anniversary in Milan.

ONCE IT WAS THE CN36, TODAY IT IS THE P ZERO

The partnership of Pirelli and Abarth in rally racing dates back to the 1970s when the Italian automaker started fitting Pirelli Cinturato CN36 tyres on the Abarth 124 Rally driven by Paganelli and Russo in the Italian championship debut season. Fifty years later, the 2019 Abarth 124 Rally, fitting Pirelli P Zero tyres and driven by Italians Brazzoli and Fenoli, won the FIA R-GT Cup, an international championship consisting of eight events, including three valid for the WRC World Championship. The Abarth 124 Rally also competes in the single-brand Abarth Rally Cup, which consists of six races on European circuits. The P Zero tyres for the 124 Rally, in sizes 235/440 R18 RA (tarmac) and 205/65 R15 K (dirt), were developed by capitalising on Pirelli’s experience in the WRC. The Abarth 124 Rally was driven by Brazzoli and Nucita on the 3-kilometre-long circuit set up in the new Science, Knowledge and Innovation Park in Milan for the Abarth Days.

THE COLLEZIONE RANGE FOR THE VINTAGE 124

Pirelli Cinturato CN36 tyres are available for motorists who still drive a 1970s Abarth 124 Spider today in the Pirelli Collezione range for classic and vintage cars. The pattern of the CN36, like the original tyres of the first 1970 models, is stated as “soft at low speed and precise at high speed”, with longitudinal and diagonal elements that permit the absorption of obstacles and above all keep the aquaplaning effect at bay. 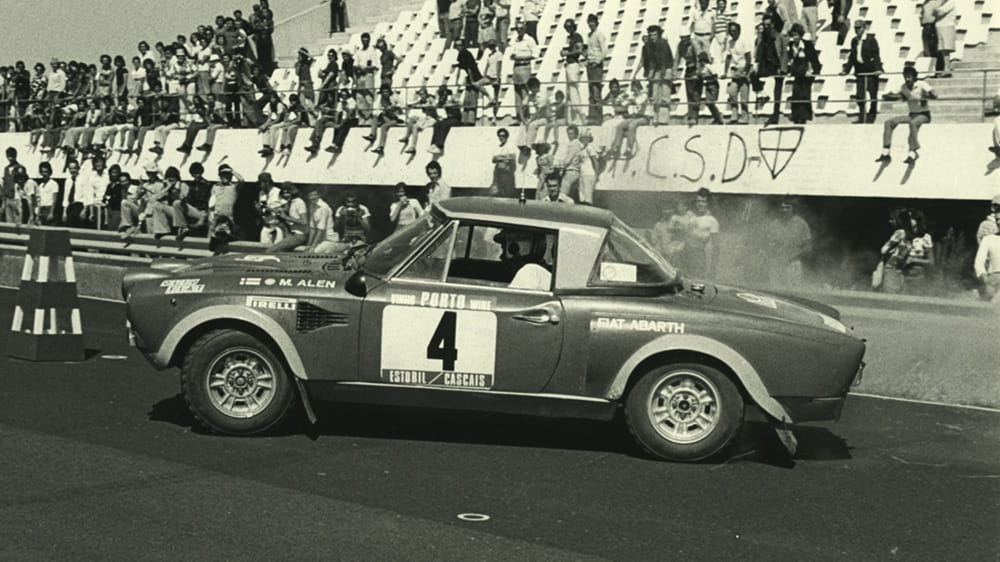