With an effervescent personality and typically Scandinavian style, Petter Solberg took the rally world by storm. And even though he’s now officially retired, the Solberg name still lives on 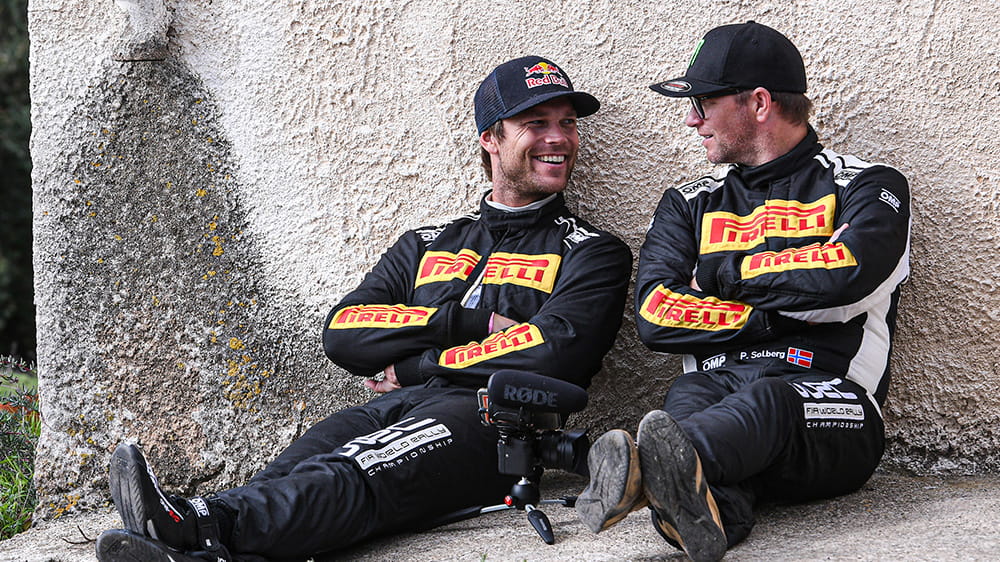 The 2003 World Rally Champion, Petter Solberg – who celebrates his 46th birthday today – became popular for his outgoing personality just as much as his driving ability. So much so that he earned the nickname ‘Hollywood’. But his achievements behind the wheel were blockbusters in themselves: He became the first driver to win FIA world championships in two different motorsport disciplines when he won the World Rallycross title in 2014, successfully retaining his crown the following season.

Solberg started out competing with radio-controlled cars before he followed his parents Terje and Tove by racing in ‘bilcross’: a low-cost form of rallycross in Norway, similar to what the Swedes call ‘folk racing’. The cars are home-made and unsophisticated, letting pure talent come to the fore. He went on to be Norwegian champion in rallycross and hillclimbing, before turning to rallying in 1995 and winning a national title there, too.

He was soon signed up by Ford rally boss Malcolm Wilson, a man with an eye for talent. His big break (quite literally) came rather unexpectedly though, when the team’s regular driver Thomas Radstrom fell down the stairs in his hotel during preparations for the 1999 Safari Rally and broke a leg.

Solberg was called up at the last minute – so late that the rules insisted he had to use Radstrom’s regular co-driver Fred Gallagher. Fortunately, Gallagher was a veteran navigator with three Safari wins to his name, but Solberg’s result of fifth overall was remarkable nonetheless on such a notoriously difficult rally. ‘Hollywood’ had arrived.

Solberg had a five-year deal with Ford but grew frustrated with his bit-part role within the team as third driver to superstars Colin McRae and Carlos Sainz. In the middle of 2000 he found a way out to join rival team Subaru, with Pirelli: not without some degree of controversy. Solberg said he didn’t have a valid contract with Ford; Wilson claimed otherwise. But in any case, it was too late.

The 2001 season, where Solberg’s Subaru team-mate Richard Burns won the championship, featured a second place in Greece and a few too many accidents. But after Burns left for Peugeot in 2002 and was replaced by four-time champion Tommi Makinen, Solberg gradually grew into the role of team leader at Subaru. He scored his first victory on Rally GB at the end of 2002, and a year later he and co-driver Phil Mills could celebrate winning the world championship. The rain and mud of Great Britain turned out to be one of his favourite events; in total he won there four times. Of his 13 career wins, he never won any rally more than once ¬– apart from Rally GB.

Solberg challenged for the championship again in 2004, notably bouncing back from a huge accident in Germany to win the first ever Rally Japan to the delight of Subaru and its fans. But he couldn’t do much about the rise of Sebastien Loeb, who went on to win nine titles in a row. The wins dried up yet Solberg remained loyal to Subaru until the company quit the WRC at the end of 2008.

This is my life

He then set up his own Petter Solberg World Rally Team, driving privately-run Citroens and finishing third in the championship in 2010. On the back of the car was written: “This is my life”, and nothing summed up the Norwegian’s mission better. Yet he wasn’t quite done as a factory driver.

In 2012 he made an unlikely return to Wilson’s Ford team for what would turn out to be his final full season of rallying. For his next challenge, Solberg switched his attention back to rallycross and became the discipline’s first ever world champion in 2014, successfully defending his title the following season.

A subsequent relationship with Volkswagen in rallycross presented the chance for a WRC comeback in 2018, when Solberg debuted the new Polo R5 car in Spain. A year later, he drove a similar car on Rally GB for his official farewell from the sport – and bowed out with victory in the WRC2 class with Pirelli.

That event was extra-special for Solberg. Not only was it his last WRC event, but it was also the very first WRC event for his son Oliver, who had not long celebrated his 18th birthday.

Having grown up around motorsport, Solberg Jr is tipped to be rallying’s next big thing, and seems to have inherited both his father’s driving skills and his charisma – although his mother Pernilla, a former driver herself, might also have something to do with that.

Either way, the WRC service park is likely to be seeing plenty more of Petter in the years to come, even though he won’t be behind the wheel himself.