Read the epic story of one man’s journey from Peking to Paris by car earlier this year. And it’s not Prince Scipione 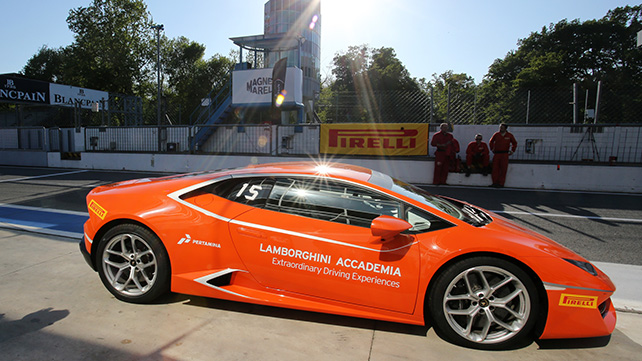 Prince Scipione, reloaded
With Pirelli celebrating 110 years of motorsport this year, many people know the story of how Prince Scipione Borghese decided to drive from Peking to Paris in 1907 in a seven and a half litre Itala just for the hell of it: an idea that many people thought was off-the-spectrum crazy. More than a century later, the concept hasn’t become a lot more sensible. Yet one man from China recently decided to do just that. At least he chose a car with a roof over his head.
Meet Huang Xiao Gang. He carved out a successful career in the textile industry in China, but wasn’t content to climb the corporate ladder in perpetuity. Instead, he had a much bigger plan: to travel the world. By car. From when he was young he always loved cars, and that’s just as well, because for the next several months, he’s spending between eight and nine hours a day in one.
Everyone has dreams, but Huang was determined to turn his into reality. And this year, he set off on an epic journey, armed only with an iPhone, a GPS, several changes of clothes, and 512 downloaded Chinese pop songs to keep him company, which you probably won’t find on iTunes.
“Now was definitely the time, as before I didn’t have the money to do it, and later I might be too busy or too old!” says Huang: via an interpreter, as he doesn’t speak much English. That fact alone is not ideal if you’re contemplating a solo world circumnavigation without a map, but the satnav speaks Chinese and Huang hasn’t had a problem so far. “I guess it might be a problem if the satnav doesn’t work in Africa, for example,” he points out. But the prospect doesn’t seem to bother him much. In fact, nothing much seems to bother him. “If you travel, you have to adapt, so it’s not a problem for me,” he adds. “I eat anything, for example!”
A fact he demonstrates by tucking into a lunch of salad, ice cream, and nuts at the Lamborghini hospitality in Monza, where we catch up at the Blancpain GT endurance opener.

From Europe to Africa to America
So far, his voyage has taken in 28 different countries, but Italy is his favourite. In fact, he liked it so much that he spent five full days there touring the country: a serious sacrifice for a man who is going places. The day after the Monza race, he was heading down to Spain, and from there he was planning to get a boat to Africa. After knocking Africa off, which might take a month or more, he’s then going to head off to America. There’s no specific time schedule or itinerary though, which at least means that he can technically never get lost.
It’s fair to say that he didn’t take the most direct route to Monza either. In fact, he was probably the only spectator who came to the race via the arctic circle. Huang became slightly concerned when, in the worsening minus 20-degree temperatures, the two cars following him seemed to disappear, leaving him entirely alone in an arctic wasteland. Conditions then deteriorated to the point that he was reduced to driving at 10kph through a snowstorm. He tried to find somewhere to stop for night, but there was nothing in the area, and there wasn’t even any phone reception. “I went off the road a bit twice,” he said. “But that’s the only time on the whole trip that I felt a bit scared.”
The other big danger he faced was running out of Chinese pop music, but thankfully he was able to get another memory card in Germany and download some more.

The three-pointed star. And Pirelli.
His car of choice for this odyssey is a Chinese-registered Mercedes GLC AMG. “I like Mercedes because when I was growing up there were cars like the S500, which were a guarantee of quality,” says Huang. “This car is my insurance policy. And I chose the GLC for this journey because it was a good compromise between off-road and highway cruising.”
The same can be said for his Pirelli Scorpion Verde All Season tyres. He bought the blue Mercedes new for the epic trip: by the time it rolled into the car park at Monza, it was showing 28,000 kilometres. Incredibly, they have all been covered on the original set of Pirelli tyres. That includes the arctic section of his trip: on roads that really require full winter tyres.
“These tyres have not given me the slightest problem, on asphalt, off-road and even ice and snow,” says Huang. “I tell everyone that these are the best tyres to have! I was worried that I would have no grip in the snow, but actually it was fine. And then, when I was in England, I had the tyres checked by a Mercedes dealer because I was worried that they would be damaged because of the extreme conditions. The dealer told me that there was absolutely no problem and they were good for many more thousands of kilometres.”

Next stop? Who knows…
That’s just as well, because Huang is nowhere near his journey’s end. In fact, he’s distinctly unsure about when he’ll be coming home: maybe later this year. He’s gained several fans during his trip, which he blogs about in Chinese. Although a Chinese-registered Mercedes is hardly a common sight on European roads, he’s only been stopped by the police once: in Russia. “In the end, they just wanted a photo!” he says. “Most people I meet are just amazed that I am doing this, so there are a lot of photos.” His own collection of car-based selfies is impressive, including photographs outside Buckingham Palace in England, and of course the Eiffel Tower in France: the same monument that marked the finish line for Prince Scipione Borghese, 110 years ago. Except unlike the Prince, Huang plans to keep on going…

Read more
Related Stories
Worshipping at the
Temple of Speed
race
Grand touring in China
race
The heroes of the Blancpain GT Series: both human and automotive
race
MOST READ
Pirelli: employees in Italy donate over 7,000 work hours to support Milan’s Sacco hospital