From the racetrack to the road, a secret called Superbike

Designing racing tyres that all fans can fit on their bikes: for 15 years Pirelli has applied this revolutionary philosophy to the WorldSBK 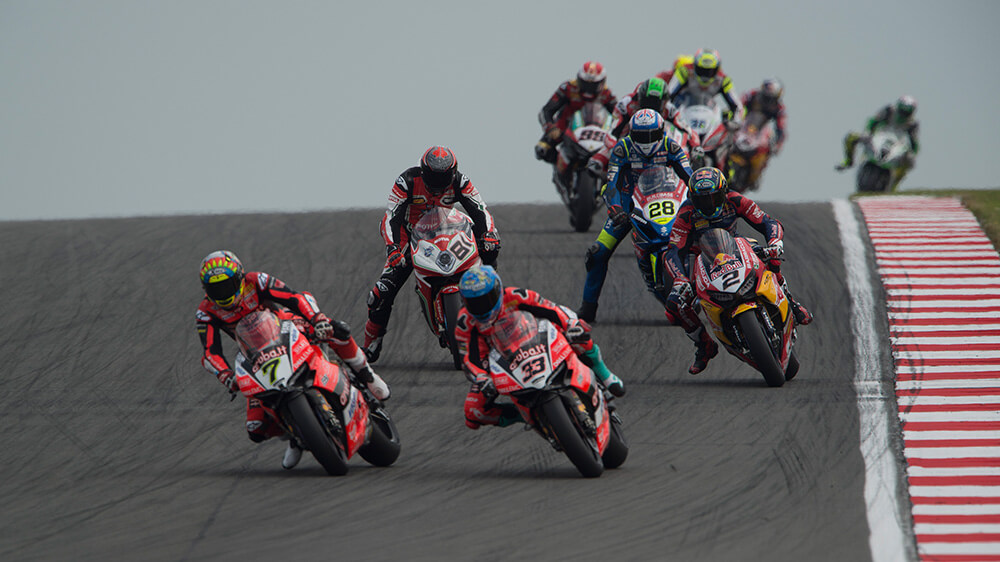 There’s no one individual secret to the successful long-running partnership between Pirelli and the Superbike World Championship. Perhaps you could sum it up with the by-now legendary motto, “We sell what we race, we race what we sell.” It’s an undisputed fact that Pirelli can boast of the longest-running and most successful control tyre in the history of international motor sports, being the only official tyre supplier in all categories of the Championship since 2004 (and it will remain so until 2020). 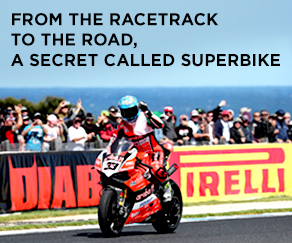 But the story of the closely-knit relationship between Pirelli and the WorldSBK isn’t just about numbers, records and performance – it is a relationship in which passion takes a leading part. If there’s an event in which the world of the racetrack and that of the road truly meet, it’s the World Superbike Championship. Because it’s the event that’s most accessible to spectators, with an almost total lack of filters and barriers between the riders and the fans. It’s the championship that truly enables bikers to take an active part in the racing experience, to visit paddocks and meet their heroes close-up.

Slotting perfectly into this scene is the Pirelli philosophy: supplying tyres that enhance the emotional aspects of motorcycling - not just in professional racing - and helping bikers to test their abilities continuously, safely and in every situation, on and off the racetrack, with tyres that stand out for artisanal craftsmanship and high technological content. To quote Giorgio Barbier, sports activities director at Pirelli, “It’s fundamentally important for us to be able to transfer the technologies developed through racing to our road products.”

From the very beginning Pirelli decided to enlist the help of professional riders in designing racing products that could also be used by all motorcyclists. The control tyre formula was initially chosen to reduce the overall costs of the championship while at the same time raising competitiveness. This has enabled it to offer riders and teams the same opportunities to compete for victory year after year. But at the same time Pirelli realised that the modified production bike Championship is a perfect development platform for its tyres. Hence the decision to supply production tyres. This is an fascinating challenge, because it forces Pirelli to develop a very high-performance product that is also suitable, in cost terms, for the amateur market. Dispensing with the logic of expensive, niche prototypes was a small revolution with big implications, which allowed to create universally available products that have raised performance on the racetrack and, consequently, on the road, for all motorcyclists. Here is an example, to remain loyal to the philosophy that has always guided Pirelli’s strategy in the World Superbike Championship (i.e. using production tires and not prototypes): in 2013 Pirelli became the first brand to abandon the 16.5 inch size, introducing new 17” DIABLO™ Superbike tyres, a size now commonly used by motorcyclists on the road.

Pirelli has been guided by three watchwords in the Superbike world: innovation, competition and curiosity. The aim for engineers, technicians and riders is to always keep improving. Every season Pirelli brings different solutions to be tested at the WorldSBK, although only some of these make it through to normal production and sale the following season. When they do, however, motorcyclists all over the world can buy them and fit them onto their bikes, transforming every journey into an exciting and rewarding riding experience.