The No. 1 rule at Pagani is always to go beyond: having finished the development of the new Huayra Roadster BC, why stop there? That is how Spa-Francorchamps was conquered 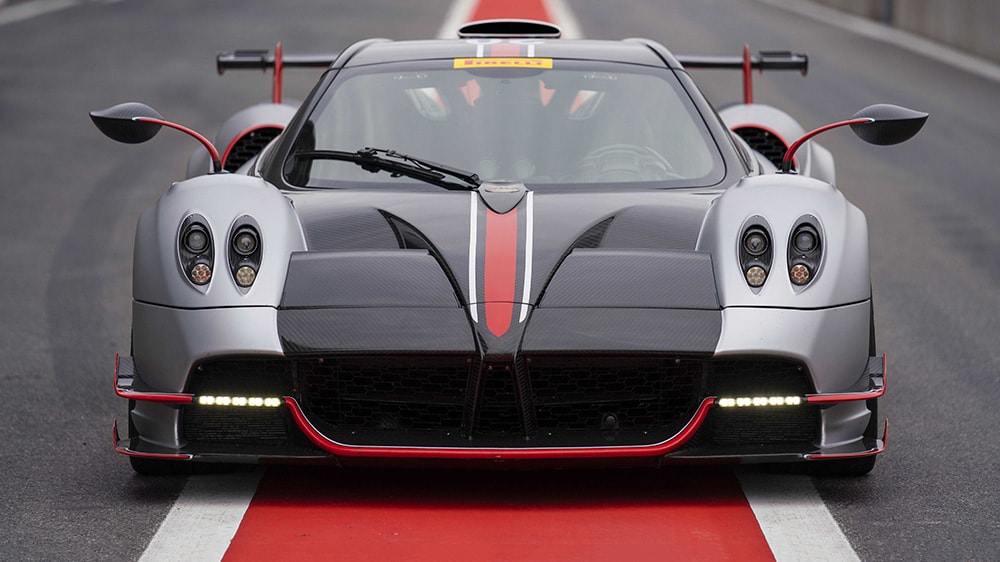 At Pagani Automobili this has been a mantra, ever since the beginning: to be better than the best ever. And the speed with which they pursue this aim is extremely high, indeed record-breaking. This was the philosophy which gave birth to the cars from San Cesario sul Panaro, those cars with which collectors across the world have fallen in love, those very same cars which can be considered to be the most fascinating and yet which are also capable of being the fastest.

That is how, in 2010, the Zonda R took first prize around the bends of the Nurburgring by beating the giants of the car-racing world and almost achieving the pole position time clocked in F1 racing by Niki Lauda in 1975. That is also how, in 2020, the new Huayra Roadster BC secured the best time by road-legal cars on the circuit of Spa-Francorchamps. But that was not the objective for the Pagani engineers and drivers on this Belgian racetrack: the purpose was to validate the development of the car, and to confer the “last word” on one of the most arduous challenges for the company’s technicians.

Lap after lap, however, realisation was dawning at the hands of Andrea Palma, the Huayra’s test driver. A new set of P Zero Trofeo R tyres, the right quantity of fuel in the tank, and off he went, the flying lap and finish line achieved in a record time, ahead of anyone else. Yet the greatness of this new creature cannot simply be measured with a stopwatch. You can live it yourself by watching the on-board video, as this jewel devours the Eau Rouge corner in an instant, hurtles into the long Kemmel straight, and digests unperturbed the Les Combes chicane and the Bruxelles hairpin bend. It is compressed during the rises and falls, then immediately becomes lighter thanks to its active aerodynamics when it has to float over the asphalt in order to reduce every type of resistance to its majestic and powerful stride.

Meanwhile, in the cockpit, you can feel the AMG-origin V12 engine thundering, as it snorts in the air though its wastegates then returns to seriously quiet mode when at 316 km/h it needs to leave room for the brakes and tyres, as it moves into a new approach, a new bend and once again into a straight where it starts its duties once more and casts aside every other HP on offer.

The stopwatch timed the circuit at 2:23.081 minutes, bringing to a close in record time the most demanding ever test programme for Pagani Automobili: over 350,000 km of validation, of which at least 45,000 km on the racetrack and many more on testbeds or during simulations, in order to deliver to their clients a car which is reliable, safe and exciting. Pirelli played its own part, with the P Zero Trofeo R tyres developed especially for it. But our work together does not end with the Huayra Roadster BC. There are more kilometres to drive and new records to achieve. Always seeking that “best ever” which is the mark of every Pagani.