No more Spice Girls
and gondolas

Most Formula One teams have learnt that it is better to launch their season in a calm, measured fashion – although some still can’t resist a fanfare 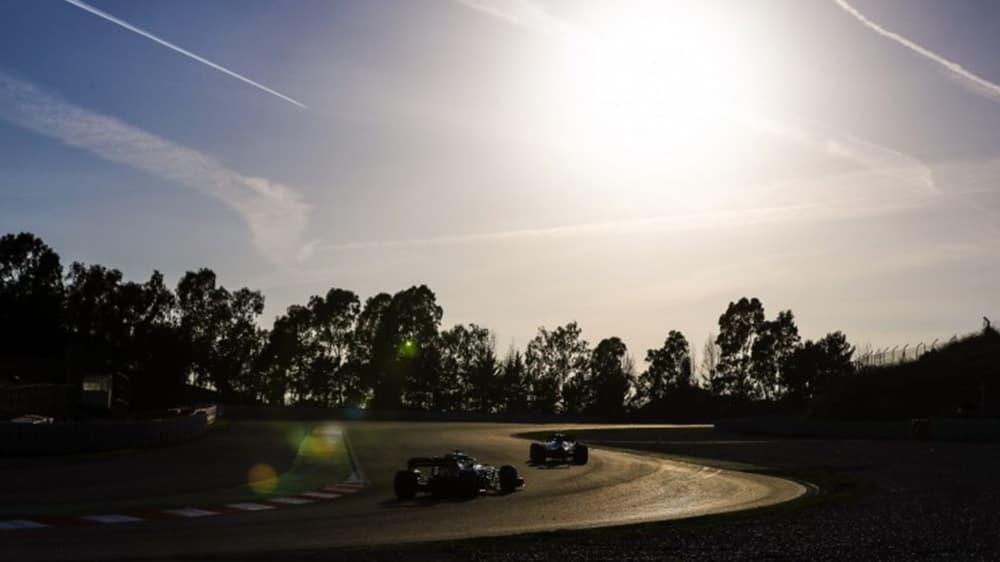 In an age of technology and relative austerity, F1 launches aren’t what they used to be. Back in the old days, there were some truly gratuitous publicity stunts as teams tried to out-do each other in their bid to make a statement.

Take Benetton in 2001, when the brand new B201 (which would be driven to an unspectacular seventh in the manufacturers’ championship by Giancarlo Fisichella and Jenson Button) made its debut in Venice, arriving by gondola.

Or the Jordan launch one year later, when the DHL-sponsored car was flown into an airfield by cargo plane in front of the assembled media and Eddie Jordan had to sign for the delivery. He probably wishes he hadn’t – because the car scored just nine manufacturer points that year, although it did somehow salvage sixth in the championship.

And who could forget the McLaren MP4/12 launch to the accompaniment of the Spice Girls in 1997 (a season in which the team finished fourth, rather than challenging for the title as they had hoped). While the less said about BAR-Honda’s ‘My Earth Dream’ launch – at London’s Natural History Museum in 2007 – the better. Despite plenty of promises and a healthy budget, the team finished the season last.

There’s a consistent theme here. The more elaborate the launch, the higher the risk of looking foolish if the final results don’t quite match up to the ceremony. And for Formula One teams, looking foolish is the ultimate shame. This is partly why recent launches have tended to be much quieter affairs than in the past, with the cars often unveiled just on the internet, and team principals keen to talk down their prospects.

The more elaborate the launch, the higher the risk of looking foolish if the final results don’t quite match up to the ceremony

A launch to remember
It wasn’t always like this. Perhaps the most extraordinary team launch of all took place in a dank but aristocratic corner of England in 1974. Lord Alexander Hesketh launched Hesketh Racing’s 308 – the team’s very first bespoke car, designed by Harvey Postlethwaite – in the stable block of his stately home at Easton Neston, close to Silverstone. These old stables were actually where the car was built, although for various reasons it didn’t race until South Africa: two grands prix into the 1974 season.

There often used to be gifts at such launches – and those lucky enough to attend were presented with a copy of the 24-year-old Lord Hesketh’s memoirs, entitled: The Heavily Censored History of Hesketh Racing. A number of these books were signed by Hesketh (who had prepared himself for the occasion with several whiskies, as his rambling speech betrayed), driver James Hunt and famed team manager ‘Bubbles’ Horsley. Some even got a teddy bear – the team’s mascot – as well. These days, journalists would be lucky to come away with a free pen.

These days, journalists would be lucky to come away with a free pen

“When I first entered motor sport, most people thought me a buffoon with a lot of money and astonishingly little sense,” joked Hesketh in his book. “However, this theory is now totally demolished, not so much through the heroic efforts of a young man with a long history of attempting suicide by thumping into Armco called Hunt, nor by a figure sought by Interpol in every country where loons do speed, known as Bubbles, nor by the invention of the mad man Postlethwaite, but by the fact that I have persuaded you to unload 1s/6d for this nonsensical publication”.

But a whisky-fuelled launch in a stable block was nothing compared to the eccentricity that had been noted the previous year, running a privateer Surtees TS9. When the Hesketh team’s engine failed at the non-championship Race of Champions, they were observed sitting in a circle praying to the ‘Great Chicken in the Sky’ to find them another. Astonishingly, it worked. An amused Max Mosley, in charge of the rival BRM team, lent them a replacement engine. Hesketh Racing eventually became a BRM customer and survived to launch their very own F1 launch car on that cold January in 1974.

Launch season 2019
Let’s return to more prosaic, modern times. This year’s launches began with Haas on February 7, unveiling a car with echoes of John Player Special Lotus colours, thanks to its new sponsor, Rich Energy. With a hint of Lord Hesketh to him, Rich Energy’s flamboyant CEO William Storey – resplendent in purple jacket and with a beard down to his chest – said that the team’s aim was to challenge Red Bull this year. That’s quite some claim, at odds with the usually cautious nature of these events.

If you launch first you get more publicity: on the other hand, Williams was the first team to launch last year and it hardly did them any favours.

Williams is, of course, another team to have a very different look to it this year, with the little-known Rokit telecommunications company replacing Martini as title sponsor. Both Haas and Williams carried out what are known as ‘livery launches’ this year – where the colour scheme is launched before the rest of the car. The first ‘genuine’ 2019 launch was Toro Rosso on February 11, with its new STR14 featuring an increased amount of Red Bull technology.

Nonetheless, most of the new cars have a slightly familiar look to them and there are no big surprises so far; perhaps enhancing the sense of understatement that comes with a modern-day launch season. To many of them, media aren’t even invited any more. Alfa Romeo (or Sauber, for the nostalgists) will be the last to launch, pulling the wraps off their new car on the morning of the first day of the Barcelona test.

Alfa Romeo will be the last to launch, pulling the wraps off their new car on the morning of the first day of the Barcelona test

This has become a common practice, with two teams unveiling only in Barcelona last year and three the year before – but this year, F1 launch seems to be slightly more ahead of the game. With Haas using the famed Royal Automobile Club in London to launch its new livery and Force India (now called Racing Point) organising a special event at the Canadian International Auto Show in Toronto.

Everything in moderation seems to be the message of the day.

Read more
Related Stories
Our control. Your power
race
Racing into
the new year
race
The thrills, the passion, the glory. Pirelli in F1 until 2023
race
MOST READ
Getting the show
on the road