Andrea Zagato, the third generation of an iconic company of Italian style in the world, tells us about the historical bond between the Zagato body shop and the racetrack in Brianza 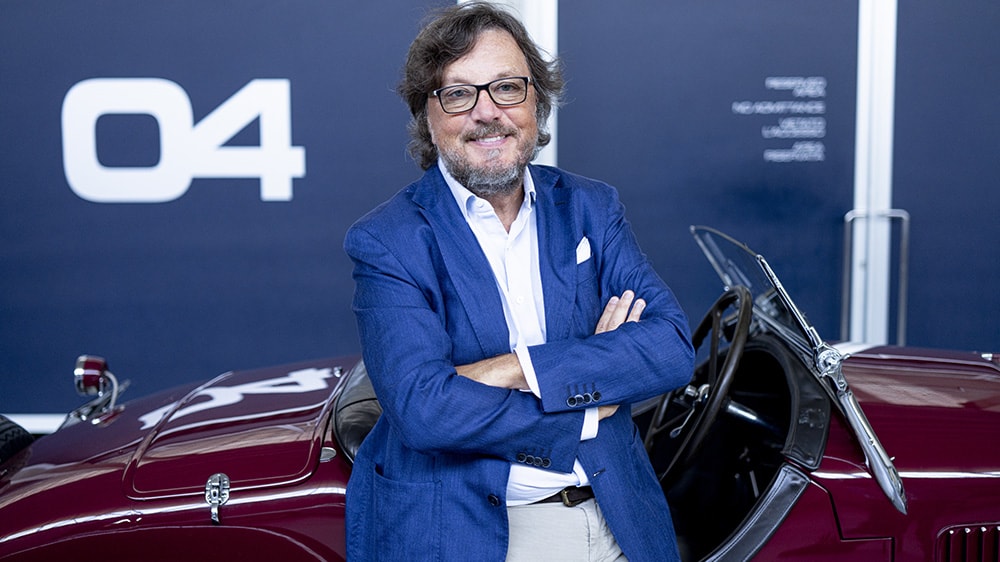 The two stories of the Monza racetrack and of the Zagato body shop run parallel. The latter was established in 1919, a few years before the racetrack, when Ugo Zagato decided to channel his experience in aeronautics into the budding car industry. His first workshop was based in Greco, just outside Milan. Greco was still a municipality at the time, while today it is a neighbourhood located not very far from Pirelli's Bicocca district. Then, in the 1920s, Ugo Zagato moved to Milan, first to the avenue viale Brianza, and then to viale Traiano, where a customer who would become very important to him was based. This customer was Alfa Romeo, with whom he was to write pages of motorsport history.

However, Monza was inaugurated first in those very years, precisely in 1922. The project for the racetrack in Brianza was rapidly completed, at high speed from its conception on paper. This is also supposed to have been the case because they wanted to anticipate the French, who were designing the Montlhéry circuit at the time. In short, Monza was instantly a fast track, the third permanent circuit ever, along with Brooklands in the United Kingdom and Indianapolis in the United States. It was exciting for the drivers of the time, who found few curves and endless straights to race at futuristic speeds that were unthinkable in any other city track. From then onwards it is history. Monza became "the temple of speed", which was often attended by cars flaunting Zagato's bodywork.

Andrea Zagato marks the family's third generation - after the founder Ugo and his father Elio, he has headed the company since the early 1990s, along with his wife Marella Rivolta. Together they represent an inimitable style in the world. Zagato stands apart among Italian body shops as it has something special, which also stems from the bond with Monza, «Monza has always been an absolute must for us, an event we cannot renounce, starting from the pre-war Alfa Romeos, like the 8C 2300 Monza Zagato, and even now, with the Gran Turismo category. I think it is the concept of speed that binds Monza to Zagato, and the reverse. Zagato was born from aeronautics and not from motorised carriages; therefore, performance and results achieved through design have been the focus of our research for decades.» It is a genuine pleasure to listen to Andrea Zagato, as he knows the circuit like the palm of his hand. Suffice to mention his first time in Monza, «My father was a famous driver of the Gran Turismo category. He participated in 150 car races, winning 82 of them and becoming world champion in the category for six times. He was later elected Vice-President of CSAI (Editor's Note: the Italian Automotive Sports Commission), and could enter the Monza track by showing a blue and red leather bracelet with gold etchings. It gave him access and precedence everywhere. He made me wear it the first time he took me to Monza, and we went together to the pits, to the tower, and then to the paddocks where everybody recognised him and greeted him. Being in Monza feels like home.» What about your last time in Monza? «I was there in 2018 as Pirelli's guest, when Vettel and Räikkönen paraded two Alfa Romeo Zagato, a 6C 1500 and a 6C 1750 bearing the Ferrari team's emblem on the hood, before the race started. It was a breathtaking show to overcome Marchionne's demise and having missed the top step of the podium.» Let's step back in time for a moment. In the 1920s and 1930s Zagato's history was aligned with that of Alfa Romeo, with cars such as the 1929 6C 1500 Compressor, the 1932 6C 1750 Gran Sport and the 8C 2300. And again, Andrea Zagato's memories carry us back to the dawn of motorsports, when the myths who are celebrated to date were born, «The first 6C achieved its victory with Enzo Ferrari himself at the wheel – the fourth Alfa Romeo driver – on the Modena circuit in 1927, and it featured Zagato bodywork. This car was revolutionary because it ranked high for many years with a low displacement engine and an ultra-light, highly manageable body. With this car my grandfather shifted from an "airframe-like" structure borrowed from his previous aeronautical experience to an all-metal structure. With the compressor first, and engine displacement increased to 1750 cc, he won the Mille Miglia endurance race 1928, 1929 and 1930. From 1930 to 1939 the 8C 2300, and then the 2900, was the protagonist in the Long or Le Mans, Short or Mille Miglia and Monza bodywork versions. The bodies are almost all Zagato, produced in viale Traiano and in viale Brianza (since 1932 with Carrozzeria Brianza).»

Those cars most likely also had Pirelli Stella Bianca tyres, which were available on the market in 1927. They were back in 2018 for those famous cars once again. Tyres that guarantee the aesthetics of the time, but which are enhanced by modern technologies capable of improving safety on the road. What actually turned those three cars into legendary stars? «Winning the Targa Florio four times, the Mille Miglia eight times, Spa Francorchamps, Essex, and Le Mans four times means becoming a legend, becoming unbeatable. The myth of Alfa Romeo and Zagato and, since 1929, that of Enzo Ferrari with his Scuderia passes through that history. A combination of reliability, power, lightness and amazing manoeuvrability. Suffice to say that these cars allowed female drivers to assert themselves on their male colleagues, above all because they were easy to handle. Baroness Avanzo, Princess Colonna, Anna Maria Peduzzi, Odette Siko, Jas Jones... they all drove Alfa Zagato cars.»

Fast forward a few years to the post-war period and to 1958. Another car combines the history of Zagato and Monza, it is the Fiat-Abarth 750 Record Monza Bialbero. Compared to the 6C 1750 Gran Sport of 1932 or the 8C 2300, it seems to belong to quite another world, and yet barely a quarter of a century has passed between those models. Very rare and coveted by present day collectors, what car was it? «Another unbeatable vehicle, which was the top of its category and often even rose high in the absolute rankings. It was a winner even overseas, thanks to President Roosevelt's son and the namesake team. Its necessary beauty won the Compasso d'Oro Award for design in 1960, with the latest version called 1000. Let me quote the reason, "The outcome of a semi-industrial design of excellent quality that, for its aesthetic and technological features, which perfectly suit their specific functions, promotes an unconventional moment in the interpretation of the most general functions of the car, even one that belongs to a high ranking category."

A final question to wind up this interview. Enzo Ferrari said that beautiful things usually also function well. How do you create attractive things as Zagato? «Enzo Ferrari chose Zagato as the sole bodywork partner for his Scuderia Ferrari in 1929, after personally driving all the Alfa Romeo Zagatos himself since 1923. His idea that the car that wins is always the most beautiful one comes from those many early victories, which celebrated him in the world of cars, inspiring him to establish Ferrari Automobili in 1947. Today, though the regulations of elegance competitions invariably favour highly sophisticated and flashy cars, some racing cars, which are beautiful in their simplicity, are stepping into the limelight, underpinned by this concept.»

F1 arrives in Russia: the future of sports