This year, there will be three grands prix in Italy. As well as Monza, the Formula 1 calendar also takes in Mugello and Imola. Three reasons to be cheerful for Italian motorsport fans – and not just those in Italy 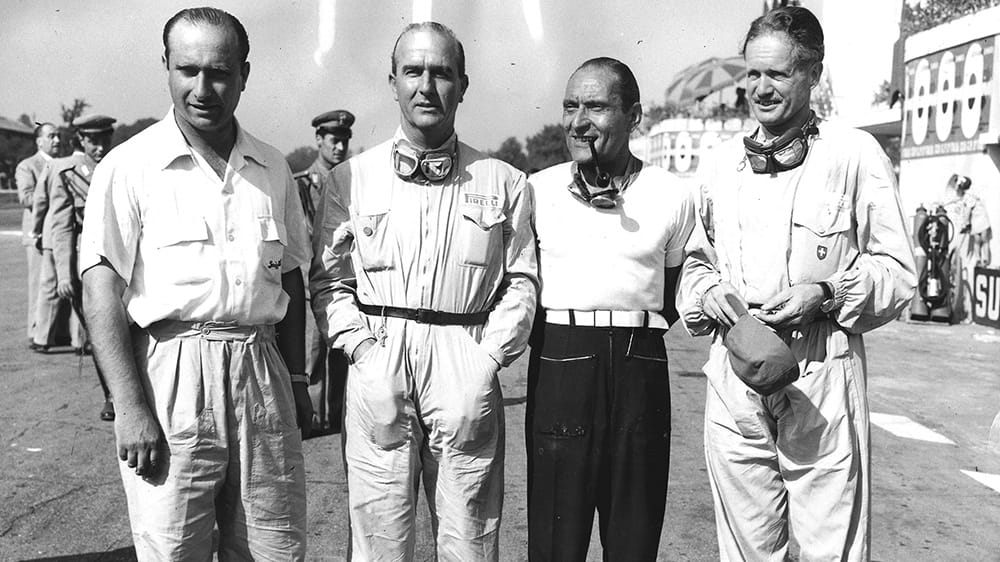 Monza has always occupied a calendar slot at the end of the summer, bidding farewell to the European season and opening up the final leg of long-haul events that has traditionally closed the championship since the 1970s. But this year, due to the covid pandemic, the Italian Grand Prix won’t signify a change in continent – as the entire season is being run in Europe, with only the two races in Bahrain and one in Abu Dhabi (scheduled for November and December) proving the exception to the rule. Technically, the Turkish Grand Prix is on the Asian side of Istanbul too, but the general point still stands.

There’s another important difference as well. For a long time, Monza has been Italy’s only race on the F1 championship, but that’s no longer the case. Just one week later, from 11-13 September, the championship will make its debut at Mugello, while at the end of October the circus heads to Imola: absent from the calendar since 2006.

From the first official season in 1950, there has only ever been one year when Formula 1 didn’t visit Monza: 1980. That was a particularly odd season from a political point of view. The FIA (the international governing body of the sport) and FOCA (the Formula One Constructors’ Association) were in open war to try and seize control of the championship. Nearly all the teams were aligned to FOCA, headed up by Bernie Ecclestone: who would go to become Formula 1’s ultimate tsar. He ended up making the sport what it is today, before selling to American TV giant Liberty Media three years ago. Back in 1980 though, Ferrari, Renault and Osella were instead loyal to the FIA, while the English teams put their weight behind FOCA.

Monza ended up involved in the political dogfight, losing its slot on the calendar to Imola as part of the fallout, which took on the mantle of the Italian Grand Prix. Monza returned the following year, but given that Imola remained on the calendar, a new name was invented for it: the San Marino Grand Prix, which ran sporadically from 1981 to 2006 during springtime. This year Monza, Mugello and Imola are all on the calendar within a couple of months of each other, giving Italy the biggest prominence that it has ever enjoyed on the Formula 1 World Championship.

Of those three races – but not only them – Monza retains the accolade of being the fastest track on the calendar. Of course, it’s no longer the same layout that was used up to the end of the 1970s, devoid of the current chicanes. Back then, corners like Lesmo 1 and 2, or even Ascari, used to be a real challenge: guaranteeing a heart in the mouth moment every time. But still now, it’s extremely quick: in the early 2000s cars were hitting speeds in excess of 370kph at the end of the pit straight. And today – with the modern generation of hybrid turbo cars that are considerably heavier – speeds continue to regularly top 340kph. The average speeds over one lap and an entire race are the highest in the championship, with Kimi Raikkonen taking pole for Ferrari in 2018 at an average of 263kph.

As well as being the archetypal temple of speed, Monza is also a celebration of all things Italian when it comes to motorsport, characterised by the exuberant tifosi. And at the heart of all this is Ferrari. It’s a race that Ferrari has won more often than any other team, 19 times in total, with the last victory coming in 2019 courtesy of Charles Leclerc. One of the most significant wins was in 1988, a year in which McLaren won everything apart from one race: Monza. Gerhard Berger was first there and his team mate Michele Alboreto finished second: the first win for the Prancing Horse since the death of Enzo Ferrari, who had passed away just four weeks earlier. In a way, it was the final, miraculous, farewell from the Commendatore to his devoted team, for whom racing was a simply a way of living.

The wins at Monza that came with Italian drivers are instead concentrated within the very first few years of the F1 championship. Giuseppe Farina won with Alfa Romeo in 1950, and Alberto Ascari triumphed with Ferrari over the following two years. There was then a 13-year wait until 1966, when Lodovico Scarfiotti triumphed at Monza with Ferrari. That’s still the last time that an Italian driver has won at Monza – and by extension, the last time that an Italian won there in a Ferrari.

Perhaps the closest anyone else came to a home victory was 1977, when Mario Andretti won for Lotus. But his Italian roots were only by birth. Andretti was born in 1940 in Istria, back when it was Italian, before becoming part of Yugoslavia following the Second World War. The Andretti family emigrated, and Mario’s passport carries the stars and stripes of America.