Montmelò Circuit:
milestone of the Formula One

Why such loyalty to the Catalan Circuit? Reasons are many and among technician details and historical peculiarities, the most important is... 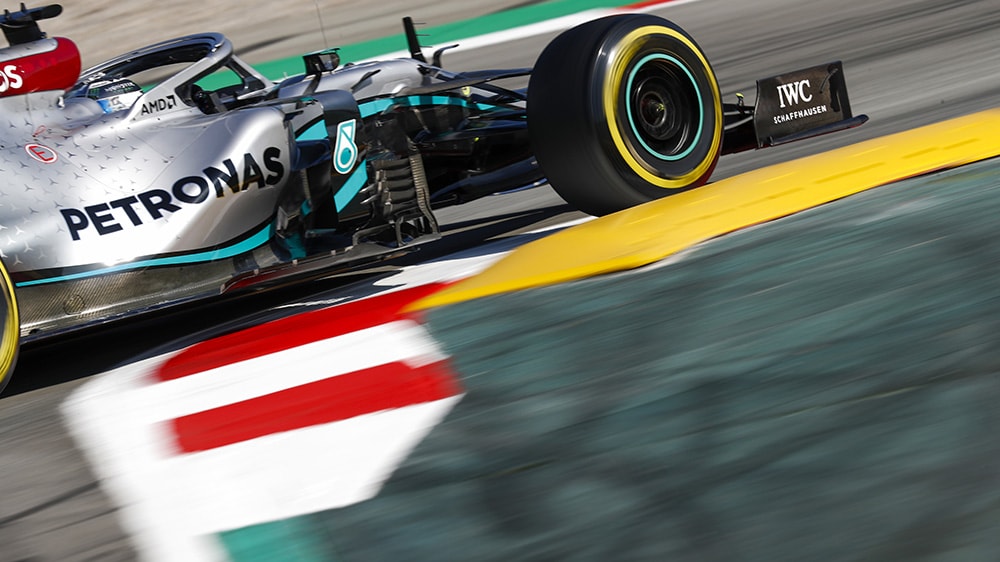 In Spain, world-championship Formula One racing has been held 51 times on five different circuits: Pedralbes, Jarama, Montujch, Jerez de la Frontera, and Barcelona. No other European GP has done so much bouncing around from one track to another. France, for example, has hosted world-championship GP racing on seven different circuits (for trivia buffs: Reims; Rouen; Clermont Ferrand; Le Mans, just once; Le Castellet; Dijon; and Magny Cours), but over the course of 60 races, so the distribution isn’t as dense.

Things get even more interesting if we take a closer look at the numbers in Spain and notice right away that a total of 20 GP races have been held four of the five tracks: Pedralbes, Jarama, Montuinch and Jerez. Barcelona alone, on the other hand, has hosted 29 Formula 1 races—every year since 1991!

But why such loyalty to the Catalan circuit, which has now become one of the cornerstones of world-championship racing?

At its core, the reason goes beyond the political clout of the Catalan region, which enjoyed greater economic power than the rest of Spain in the early 1990s and was able to ensure that Formula 1 came to Barcelona. The real reason lies in the technical characteristics of the Montmeló track, which is perched on a hill north of Barcelona, out of sight of the nearby Mediterranean. It is a circuit that features some of the most demanding sections of track in all of motorsports.

The Catalan track gives racers a chance to take one long, deep breath as they speed downhill along the straight in front of pit lane, reaching speeds of well over 300 kilometres an hour as they prepare to brake before the extremely difficult right-left turn that leads to the most important uphill of the entire circuit, which culminates in a long, external right-hand curve that is the maker of champions. It was at this flat-out braking point after pit lane, in the early 90s, where one of the most intense photos in the history of Formula 1 was taken. Senna, in his McLaren, and Mansell, with Williams—the two princes of F1® racing of that era—were neck and neck heading to the turn, wheels nearly touching and speeds perfectly matched. The only question fans had, whether there at the track or watching on TV, was who would have the arrogance to brake later that reason would dictate. In the end, the one with the greatest ego was Mansell; Senna lifted his foot off the accelerator first, but only after staring down Mansell at over 300 km/h as if to see who would be the first to blink, before deciding how to deal with that insane right-left turn.

It was at the uphill, right-hand turn 3 in 2013 that Fernando came up with an overtake to the outside that put everyone else to shame. It was an impossible trajectory for anyone but him and his Ferrari, and by the end of the race he brought home what was to be the last victory for the Cavallino Rampante until the 2015 Malaysia GP twenty-two months later.

For Formula 1, Barcelona—or better, Montmeló—is a 4.6 kilometre test bed of endless ups and downs, rights and lefts of all shapes and sizes leading to the final, fast curve, which has now been broken up by a chicane. Until this chicane was added in 2007, the final turn proved too difficult even for the greatest of champions, who often found themselves in the gravel at the end of the downhill and having to get out of there quick if they didn’t want to hit the wall of the grandstands across from pit lane. All of which takes place at an average speed of around 200 km/h and on one of the most aggressive track surfaces.

“When the going gets tough,” as the saying goes, “the tough get going.” That’s why, as we approach the start of the new season, F1® chooses to put cars, concepts and the drivers’ right feet to the test on this track north of Barcelona. It also doesn’t hurt that the Mediterranean sun can sometimes bring spring-like temperatures in late February, but that’s just a fringe benefit. The real reason is the challenge; the challenge for development and for materials, but also—and maybe above all—a challenge for the men involved.