Mirko Bortolotti:
how to drive at Red Bull Ring 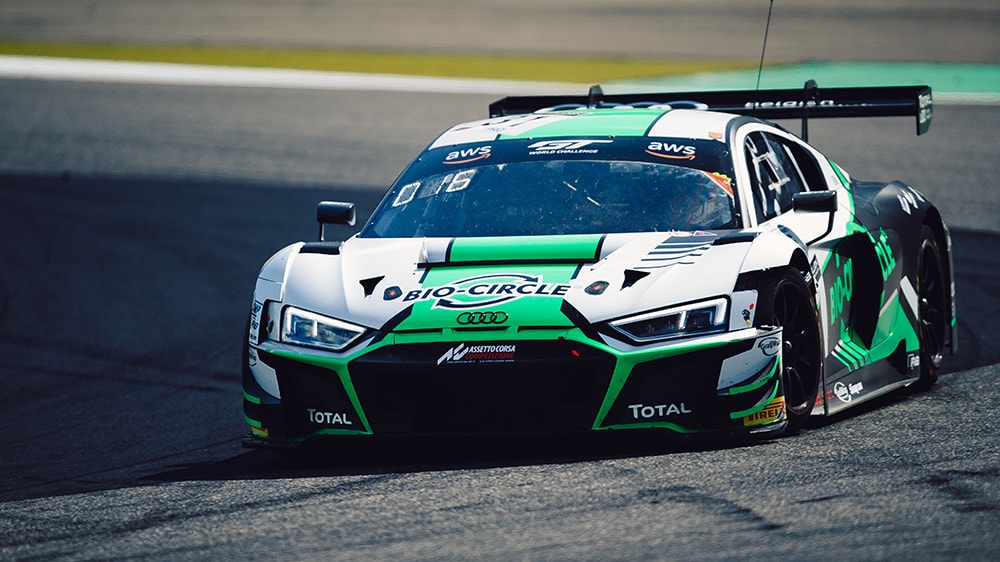 He has tried all kinds of racing cars and is now a veteran of endurance racing. Mirko Bortolotti, WRT Driver, after having raced for 6 years with Lamborghini and having won the last two editions of the 24h of Daytona, moved to Audi. Wearing the new jersey, he explains how to drive at the Red Bull Ring, the circuit where the P Zero Experience 2020 will take place, Pirelli's Track day where sports car lovers can compete with the track.

How to drive at Red Bull Ring

“It’s a very fast track - Bortolotti explains - which on paper looks simple but once you’re there, it definitely isn’t. There are only about ten bends, and you learn your way around quickly, but if you want to drive fast, you need to know the details. Because one tiny detail can make the difference at the Red Bull Ring. There are always long straights after every bend, and for instance after the last sector - the most technical part - you can make the difference. It’s a track that won’t allow you to make mistakes if you want best performance”.

What about the tyres over there? “There are no problems with tyres, because there’s really low tyre deterioration at the Red Bull Ring, they really wear very little. Especially during the qualifiers, which are atypical at the Red Bull Ring: you usually do your best time from the second to the fourth lap - when your tyres are at their best - but at the Ring you need to keep pushing, because you actually achieve your best time when your fuel level drops and you’re lighter. The tyres there are usually very stable, so you don’t get the peaks you get on other tracks”.

In addition to the Red Bull Ring, there are other circuits where driving is really fun for fans too.

“If I had to choose a circuit to drive on by myself for pure pleasure, I would definitely say the Nürburgring Nordschleife. It’s a unique track, a perfect track, with every kind of bend: blind corners, slow sections and fast ones too. You get a mixture that you’ll not find anywhere else. Can I choose a couple more?” No problem, Mirko. “Then I’d also add Mugello, my favourite track in Italy, and then obviously Bathurst, in Australia”.

What kind of driver Bortolotti is can be discovered by retracing his career. At eighteen he found himself in Fiorano driving a Ferrari F1, breaking the track record that same day. It was the prize for winning the Italian F3 championship in 2008. At that date, Bortolotti, from Arco di Trento, class 1990, was 18 years old.

“It was almost immediately clear to me that racing was in my blood, it was just a bit more complicated to turn it into a job. When I won the Italian F3 championship in 2008, my career changed because I was given the chance to try out with Scuderia Ferrari, where I managed to beat the track record in Fiorano, and that was my first time ever in a Formula 1. That day changed my life, because from then on, I managed to get funding: thanks to Red Bull and then thanks to Ferrari, I started a career in single-seaters. Without that F3 championship title and that F1 try-out, it would have been much tougher. That was the moment in my career that made me understand that there was hope I could become a professional”.

Having moved on without too much trouble from Formula Renault Winter to Formula Junior, and then on to F3, to the F2 FIA Championship, to GP3 and others still, Mirko Bortolotti has driven almost anything and raced everywhere, his palmares are clear, after winning the F3 in 2008, in 2011 he won the F2 championship, in 2013 the Eurocup Megane Trophy and in 2017 the Blancpain endurance Cup, becoming an expert in endurance races.

There are no rules for winning endurance races.

“You can’t actually ever be prepared enough for a race like that; there are too many variables, too many things that could happen. The only thing you can do is to focus on what you have to do, and do it to the best of your abilities, avoid making mistakes, which do happen, especially when there’s “traffic”. The weather is also something to factor in, so let’s just say you need to try to minimise mistakes and use your experience to make the right decisions. When it’s time to attack, and when you should wait”. What about something you absolutely must not do for any reason? “Try to win the race at the first lap or at the first bend”. In fact: there’s plenty of time.

Read more
Related Stories
Pagani (and P Zero).
It's record again
race
8 facts about the Indianapolis 8 hour
race
GT, best of British
race
MOST READ
This is how Pirelli Design's unique products come to be